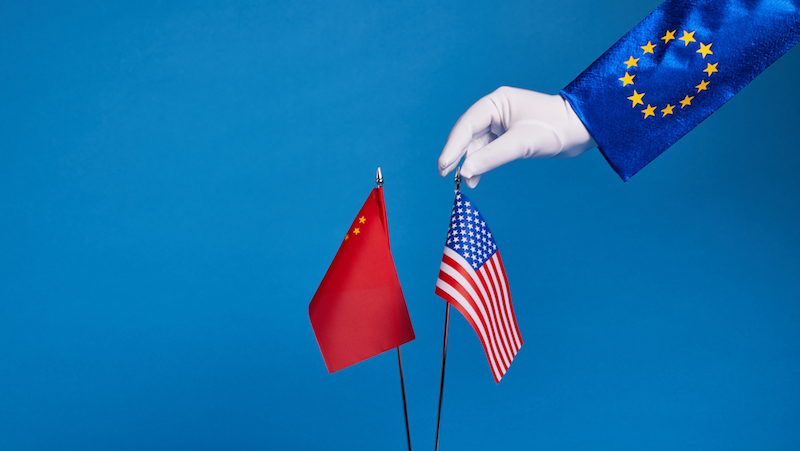 After 18 months of slings and transatlantic arrows, the leaders of the European Union flew east this week to open a new chapter in Eurasian climate diplomacy.

A year ago, the EU and China dropped a statement on climate cooperation after their economic and trade differences proved too vast.

But in the time since, US aggression has made an uncomfortable relationship ever more appealing. On Monday, the world’s largest and third largest polluters published their intention to stand up for the Paris climate deal and push through stalled negotiations on some of its details.

Observers we spoke to said the statement was a good beginning. E3G’s Léa Pilsner wrote in these pages that the words needed to lead to concrete action lest the ever-fractious EU-China relations turned sour.

From Beijing to Tokyo

The EU’s Donald Tusk and Jean-Claude Juncker followed that détente with a punch for the multilateral global order. In Tokyo they signed off on a long-awaited deal with Japan that created the world’s biggest free trade zone.

It is the first EU trade deal to carry a commitment from both parties to uphold the 2015 Paris Agreement, indicating an effort to integrate trade and climate policy.

However critics question whether the EU would really take Japan, or any other trading pal, to the floor to protect the climate accord.

We are looking for a brilliant reporter to come and join our London team. The job ad is here. Please pass it on to anyone you think would be a good fit.

The UK government released its plan to adapt to the growing impacts of climate change this week. But amid a grinding heatwave that has turned the country brown, the government has failed to adequately address the problem of people overheating in homes, offices and public spaces.

In a world growing hotter, that’s not good enough, say the government’s independent advisors at the Committee on Climate Change.

Are we getting climate finance all wrong?

In an op-ed on Friday, Jessica Brown and Ilmi Granoff challenge some of the most widely held orthodoxies that dictate how we spend climate cash. When you take a longer term view, they argue, many of today’s investments stop making sense.

Their piece is here.