Campaigners are demanding justice for Gloria Capitan, shot dead in front of her grandchildren on President Duterte’s first day in office 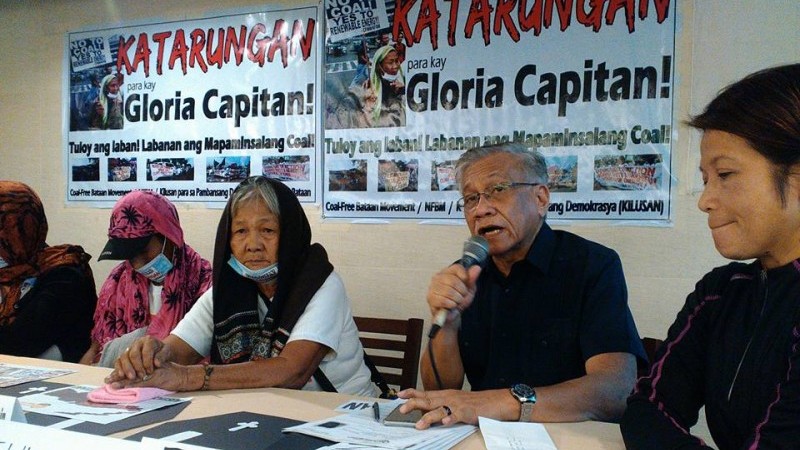 Gloria Capitan was in her videoke bar with two grandsons and an elderly cousin when she was shot dead on the evening of 1 July.

Two unidentified attackers fled the scene on a motorcycle, according to local reports.

Friends are in no doubt as to their motive: Capitan was leading community protests against a coal storage yard and power plant in Lucanin, a town in Bataan province, the Philippines. 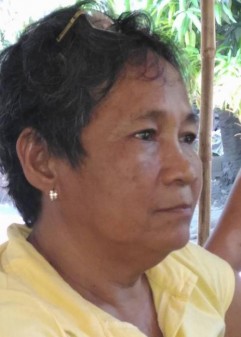 “This is an attempt to silence the opposition to coal operations in the province,” said Reuben Muni, climate and energy campaigner with Greenpeace Southeast Asia.

“It was really quite shocking for all of us,” he added. “She was a really passionate person… during meetings she always asked some of the most important questions.”

It came at a time of upheaval in the Philippines. On the other side of Manila Bay, Rodrigo Dutertes was serving his first full day as president.

Promising to crack down on crime and corruption, President Duterte has openly encouraged the execution of drug dealers.

Since he won the election in May, police have responded with enthusiasm, reportedly killing more than 100 suspects in raids.

Community partners fear that police investigating Capitan’s murder are not serious about finding the culprits, Muni said: “It seems that the perpetrators of this crime rode on that wave of extrajudicial killings.”

Not that it was a one-off: according to Global Witness, 33 Filipino environmental defenders were killed in 2015, the second worst rate in the world.

Valentino De Guzman, campaigner with the Philippine Movement for Climate Justice, told Climate Home others had been intimidated or followed.

“The majority of the coal projects in the country are owned by big businesses, influential people who have connections in the government,” he said. “That is why whenever our coal activists become prominent, they are threatened.”

The movement is on high alert, with a “buddy system” so potential targets do not travel alone, De Guzman added.

NGOs are launching their own fact-finding mission and drumming up pressure on the authorities to deliver justice for Capitan.

They appear to have at least one ally in the new government: environment secretary Gina Lopez.

She published a statement in English calling on investigators to “leave no stone unturned” in finding the perpetrators.

“The killing of Ms Capitan should be a grim reminder to all of us regarding the insurmountable risks that we face for standing up to powerful interests of the few. Her ultimate sacrifice will only strengthen our conviction to serve the common good,” Lopez said. 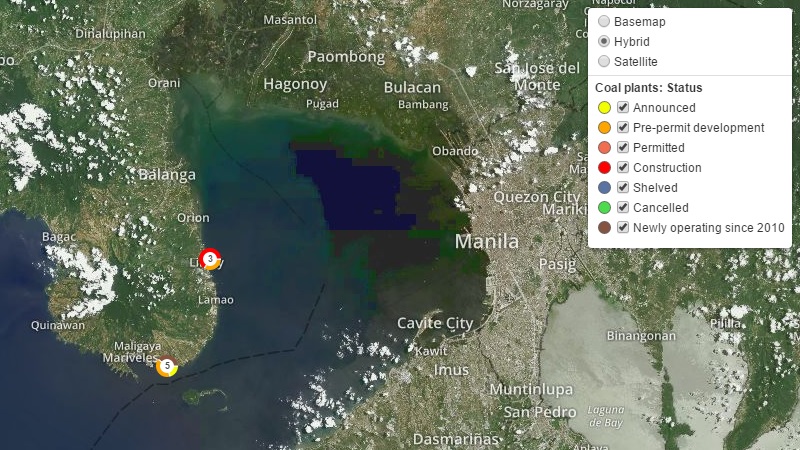 National energy policy is up in the air, meanwhile, after the Climate Change Commission (CCC) launched a 6-month review in May.

A leading member of the Climate Vulnerable Forum, a group of states pushing for tougher emission cuts at the UN, the country got 45% of its electricity from coal in 2015, according to the energy department. Another 29 power plants have been approved to meet rising demand.

It should be pushing renewables and energy efficiency more aggressively, the CCC argues, to minimise climate pollution.

Lopez, who is responsible for power plant permits, seems inclined to agree.

“Why allow more coal plants? Why commit to a form of energy that has no future?” she said in an interview with Bloomberg last week. “I’m not keen on it. I’d have to be very convinced.”

Study: Extreme cyclones hitting the Philippines are on the rise

She is on a collision course with energy secretary Alfonso Cusi, who argues the country cannot afford to ignore cheap coal.

“Coal is more dependable and a more reliable source for baseload than renewables,” he told national media in a press conference.

President Duterte himself hit out at “hypocritical” developed countries for expecting energy-hungry poorer nations to cut their greenhouse gas emissions.

All the same, there is no suggestion he will backtrack on the Philippines pledge towards the Paris Agreement adopted last December. The country has committed to reduce emissions 70% from business as usual projections in 2030.

A speedy shift to clean sources of energy is critical to the international goal of holding global warming “well below 2C”.

Coal use in Southeast Asia is set to triple by 2035 without further policies, the International Energy Agency forecasts.