Extreme cyclones hitting the Philippines are on the rise – study 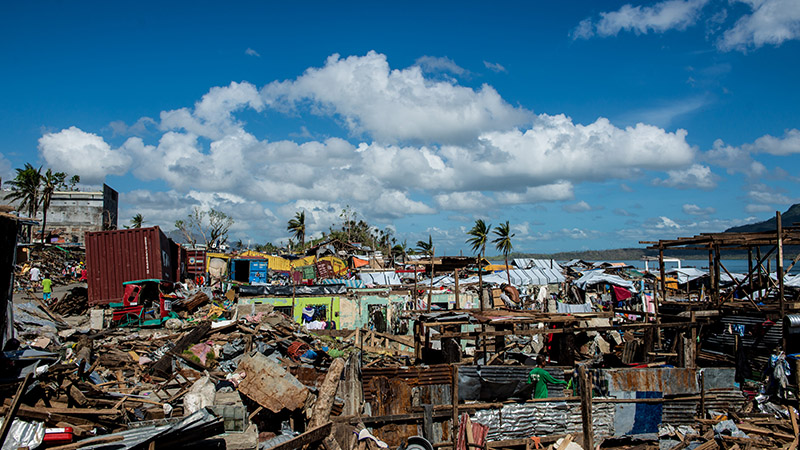 Typhoons barrelling into the vulnerable Philippines have become more intense over the last 45 years and wrought rising damages, according to a study.

While the total number of cyclones making landfall has decreased, the strongest classification of storm has become more frequent, analysts found.

The average rate of storms with wind speeds of 150km/hr or more rose from 5.5 to 6 a year between 1971 and 2013, researchers at the Royal Meteorological Society wrote in the International Journal of Climatology.

Over the same period, the average cost of damages rose from US$2-3 million to $100m a year.

In 2013 Typhoon Haiyan, one of the strongest storms ever recorded, killed more than 6,300 people and caused $350m of devastation after it pounded the coastline at an estimated 195kph.

The study did not prove global warming was the cause, researchers said, but prior research has linked rising sea temperatures to more frequent storms since the 1970s.

Co-author Monica Ortiz at the University of Sheffield said: “Growing up in the Philippines myself, I understand the catastrophic loss of life and damage to property that extreme weather can cause.

“By analysing this data from the past up to the present, we can better adapt to further climate change and prepare for future disasters.”

Cyclones, ranging in strength from tropical depressions to super typhoons, averaged 19 a year from 1951-2013, with nine making landfall.