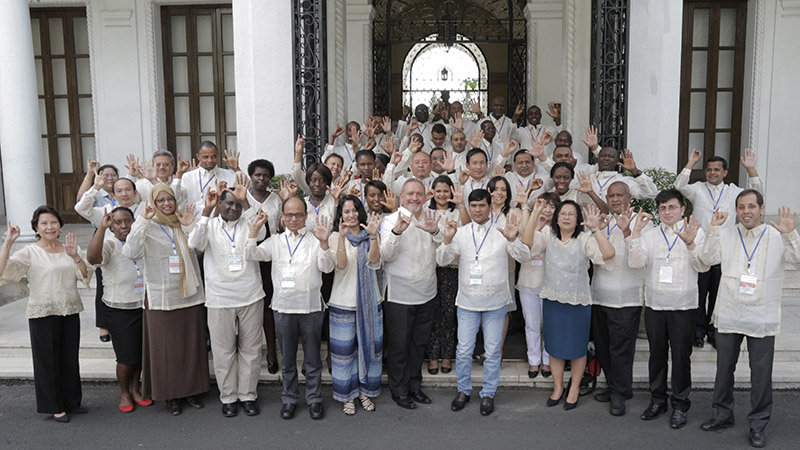 A coalition of countries at acute risk from the impacts of global warming has released a set of demands it wants to see embedded in a proposed Paris climate deal.

Exactly one month until UN talks on a global pact are set to conclude, the 43-strong Climate Vulnerable Forum says the agreement must stipulate a warming limit of 1.5C instead of the current UN target of 2C.

“Warming of just 0.75-0.85C endangers our people, exceeds our capacity to cope and adapt, and places into question the very survival of a number of our low-lying states,” reads a statement released after a meeting in Manila.

They also urged the 190+ nations heading to Paris in December to support contested plans to help countries tackle irreversible impacts of climate change.

“We call for urgent confirmation of a loss and damage mechanism building on the Warsaw International Mechanism including provision of support to climate risk management in developing countries,” said the statement. 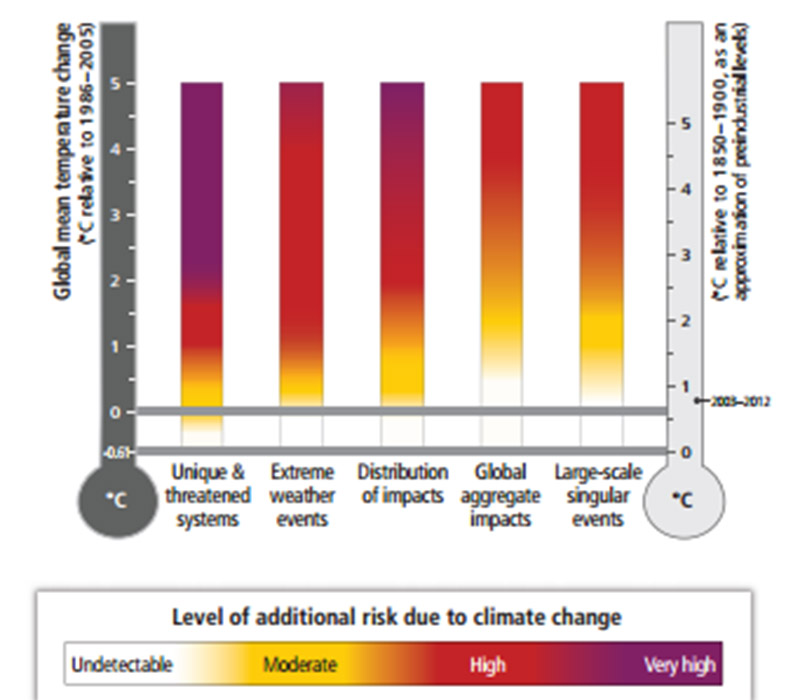 Warming up to 1.5C will lead to rising sea levels and devastate some ecosystems says the UN’s climate science panel (Pic: IPCC WG-II, Summary for Policymakers)

Shanchita Haque, director of Bangladesh’s ministry of foreign affairs said failure to take aggressive steps to curb emissions growth in Paris would be a “crime against humanity.”

“Bangladesh remains committed to raise the voice of the vulnerable through the CVF for a more ambitious response to protect our people from the growing dangers of climate change,” she said.

“Costa Rica has adopted a 1.5C consistent INDC [UN climate pledge]. If small and vulnerable nations can, so can all countries,” added the country’s climate ambassador Javier Diaz.

The fast-expanding CVF welcomed 23 new observers from Africa, Asia, the Caribbean, Latin America and the Middle East at this week’s gathering in Manila.

First set up in 2009, existing members included Bangladesh, Ethiopia, Barbados, Nepal and the Philippines. Sri Lanka, Senegal, Morocco, Honduras, Fiji and the DRC are among the new intake.

While it is not an official negotiating group at UN talks, the CVF is increasingly influential within the 134-strong G77 + China bloc.

Unusually for a statement from developing countries, the Manila Declaration does not differentiate responsibility between rich and poor countries.

Instead the signatories say they will “strengthen our national climate actions in order to lead processes to help trigger increased commitments from all countries to accelerate progress towards the goal of staying below 1.5C.”

With warming expected to tip past 1C above pre-industrial levels in 2015, many experts believe it could be impossible to limit warming to 2C, let along 1.5C, given the scale of emission cuts required.

“The only emissions scenarios considered by the IPCC that would have a better than 50/50 chance of avoiding 2C  does so by assuming ‘negative CO2 emissions’, which implies a form of geoengineering to suck CO2 from the air.”

A UN report issued earlier this year said aiming for lower warming ceiling would be safer, but required the intensive use of challenging ‘negative emissions’ policies such as planting trees on a scale never seen before.

“The technologies required for the 1.5C scenarios are the same as for the 2C pathway, but need to be deployed faster, and energy demand needs to be reduced earlier, implying a higher cost than in the 2C scenarios…”

“The 1.5C goal is tough but achievable. Many countries are emphasising that a 2 degrees goal is a more feasible target,” he said.

“The vulnerable nations are insisting that the Paris climate summit takes that right moral decision for humanity.”