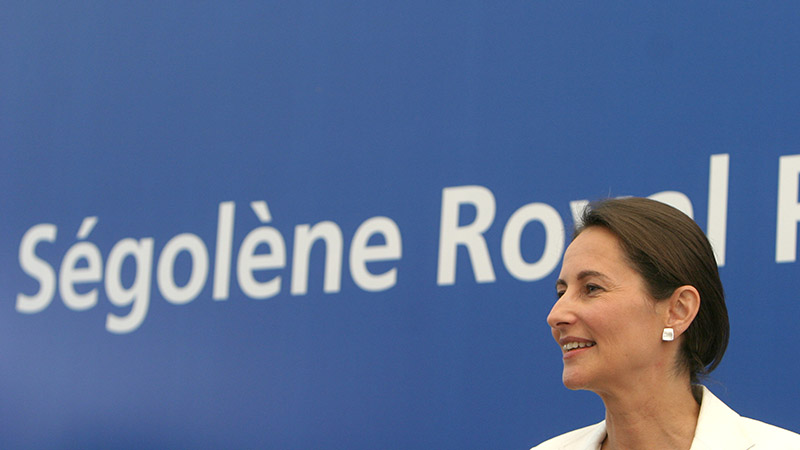 In theory, all 28 member states need to domestically approve the deal before the bloc can formally join at the UN. That could take one, maybe two years.

Royal’s not buying the timeline, calling for fellow environment ministers attending a 20 June EU meeting in Brussels to come with their plans for ratification.

“Ratification at a European level will act as a catalyst and will give a political dimension, a very strong political signal, that will accelerate ratification at a national level,” she told reporters after meeting Commission president Jean-Claude Juncker.

The EU is consulting on how to share its goal of 40% CO2 cuts on 1990 levels by 2030 among member states, with a plan due before summer recess.

According to Politico, those who favour ratification before this is agreed include France, Spain, Hungary, Denmark and Austria. Those opposed number Poland, Germany and the UK in their ranks.

Of course, a few days after 20 June the UK votes on its future in the EU, so what it thinks many not matter for much longer. Here’s David Cameron on why that would be bad for climate change.

Why a vote to remain on June 23rd is a vote to tackle pollution, climate change & protect our natural environment:https://t.co/RKMzJbTqXN

Over in San Francisco, the potential successor to OPEC met for its seventh time. The Clean Energy Ministerial has 24 members (the EU joined on Thursday) and big plans.

Here’s our wrap of the meet, where governments committed to collectively deliver US$30 billion of green energy R&D a year by 2021.

Still hungry for low carbon power news? Chew on this: solar panel prices are set to slump with China nearing its annual capacity target of 20 gigawatts.

That means factories churning out modules need new markets. Analysts from UBS and HIS predict cratering prices as a panel glut goes global.

Elsewhere, analysts at an FT energy event in London this week say the green revolution has more in common with iphones than traditional forms of power. Like coal.

“The new emerging energy system is so fundamentally different, it is not surprising the current industry can’t see it,” said Paul Gilding, sustainability advisor and author of The Great Disruption. “It is fundamentally a technology business. It has more in common with an iPhone than a coal mine.”

Quote of the week
“You can’t tell sovereign leaders around the world ‘you’re fired,’ and you can’t tell them a multilateral agreement they just entered is cancelled” – ex-US climate envoy gives Donald Trump both barrels on his plans to scrap the Paris climate deal