Boko Haram has boosted profile of climate change in Sahel, but little has been done to help region cope warns top UN official 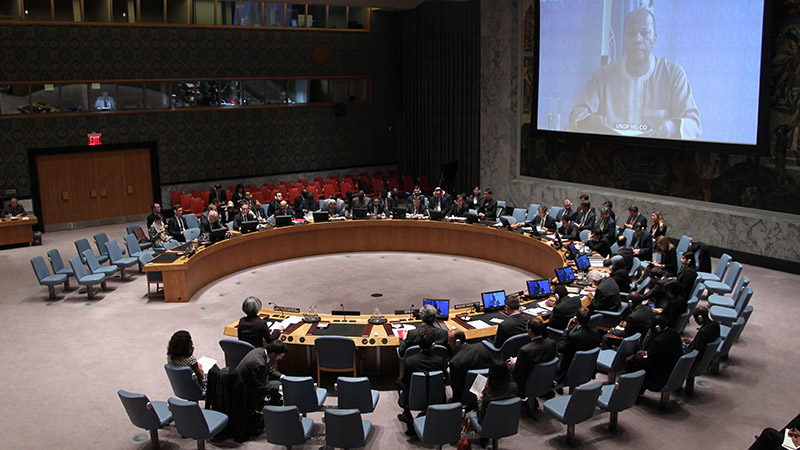 Climate change, environmental degradation and the unchecked rise in terrorism threatens to deliver a “horrific future” in the Sahel, Ban Ki-moon’s envoy to the region has warned.

Speaking to the UN Security Council from Niger, Mohamed Ibn Chambas urged the international community to do more to tackle global warming and fund security initiatives in the region.

“The Boko Haram onslaught has galvanised attention on the devastating effects of climate change on the Lake Chad basin,” he said.

Lake Chad’s water levels have fallen 95% since the 1960s. Irrigation schemes in Niger, Nigeria, Cameroon and Chad and lately climate change are blamed for bleeding the lake dry.

An estimated 15,000 have died in Nigeria’s Borno state as a result of the Boko Haram insurgency, which analysts say has been exacerbated by failing crops, famine and drought.

Falling levels in the river Niger were an added source of concern, said Chambas, and likely to increase levels of poverty and marginalisation in the region.

Over 100 million people through 10 countries live in the river’s vicinity. A decline in flows is attributed to pollution, industry and warming temperatures.

This year the UN called for $535 million funding to help bolster development in Sahel countries, long rocked by violence, but only 10% has materialised.

Nearly three million people in the region now rely on the international community for food assistance, with millions more at risk, added the envoy.

Also speaking at the UN session, the head of the organisation’s desertification body Monique Barbut urged investment in land restoration and schemes like Africa’s ‘great green wall’ as  way of mitigating the consequences of rising temperatures.

“We are not claiming it is a silver bullet, but it would definitely be cheaper and more effective than investing in walls, wars and relief,” she said.