Eco Task Force has planted 65 million trees in the past 30 years, government claims, in an initiative to rehabilitate forests 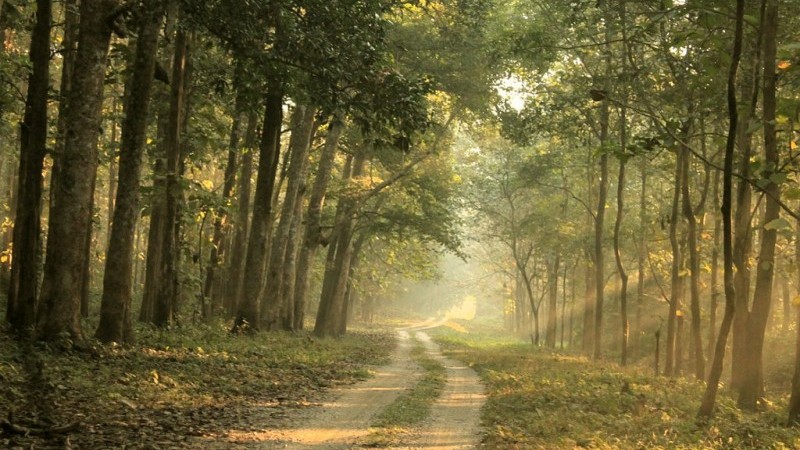 As part of its effort to improve forest cover and so soak up climate-changing greenhouse gas emissions, the government in India has an unlikely partner – the Indian Army.

At the UN climate conference in Paris last December, India made enlarging and improving its forest cover a central part of its pledge on fighting climate change.

One of the many agencies – apart from the forest department – the government has recruited to carry out the work of forest improvement is a part of the Indian army known as the Eco Task Force (ETF).

According to India’s Ministry of Defence, units of the ETF have, over the last 30 years, already planted 65 million trees across the country. The ETF is also involved in rehabilitating degraded forests, conserving soils and managing water resources.

Forests act as a vital carbon sink, soaking up quantities of climate-changing carbon dioxide. When forests are destroyed, that stored CO2 is released into the atmosphere, adding to emissions of greenhouse gases and further exacerbating the problem of climate change.

Carbon dioxide equivalency is a simplified way to put emissions of various greenhouse gases on a common footing by expressing them in terms of the amount of carbon dioxide that would have the same global warming effect (usually over a century).

Latest statistics contained in the India State of Forest Report 2015 indicate that the country has a total of just over 7 million square kilometres of forest cover – more than 21% of its geographical area. The government says it plans to increase this figure to 33%.

“The area has seen a complete transformation, with degraded forest land now returned to an area of rich biodiversity”

The ETF is involved in a variety of projects, such as efforts to reclaim forest land polluted by illegal mining activities on the outskirts of New Delhi, the capital.

In the forests of the lower Himalayas near Mussoorie, in the state of Uttarakhand, it is attempting to rehabilitate severely degraded areas of woodland, and near Tezpur in the north-eastern state of Assam – part of the country that has experienced various insurgency outbreaks – it is trying to stop settlers encroaching on protected forest areas.

Assignments follow a similar pattern. In the first year, there is ground preparation and trees are planted. In the second year, a tree count is carried out and dead saplings are replaced. At the end of five years of monitoring developments, the area is handed over to the forest department.

At one ETF site in the Himalayan foothills in the north-east of the country, near the border separating the states of Assam and Arunachal Pradesh, patches of forest are spread across a landscape dotted mainly with paddy fields and small clusters of houses. Villagers cut trees for firewood, and have also cleared stretches of forest for farming.

But, thanks to the efforts of a battalion of ETF soldiers, the area has seen a complete transformation, with degraded forest land now returned to an area of rich biodiversity.

“The area allotted is not a continuous stretch of land but small land parcels across the district handed over to us one after another,” says Colonel K S Jaggi, the battalion commander.

The land parcels vary in size and condition. The government’s forest department is consulted throughout the rehabilitation process – selecting species to be planted, helping raise awareness among local villagers of the importance of forest conservation, and dealing with flooding and other problems. Forest department personnel also help train the army units in forest conservation and management.

The ETF battalions were established in the early 1980s as part of a scheme to tackle forest problems, particularly in more remote areas, or in parts of the country with law and order problems.

The scheme – jointly implemented by the Ministry of Defence and the Ministry of Environment, Forest and Climate Change – was the idea of Dr Norman Borlaug, the American Nobel laureate and biologist who is often referred to as the father of the green revolution. The scheme was later taken up by the then prime minister, Indira Gandhi.