Ahead of the release of China’s five-year energy strategy, Greenpeace analysts say real world carbon intensity cuts are ahead of target 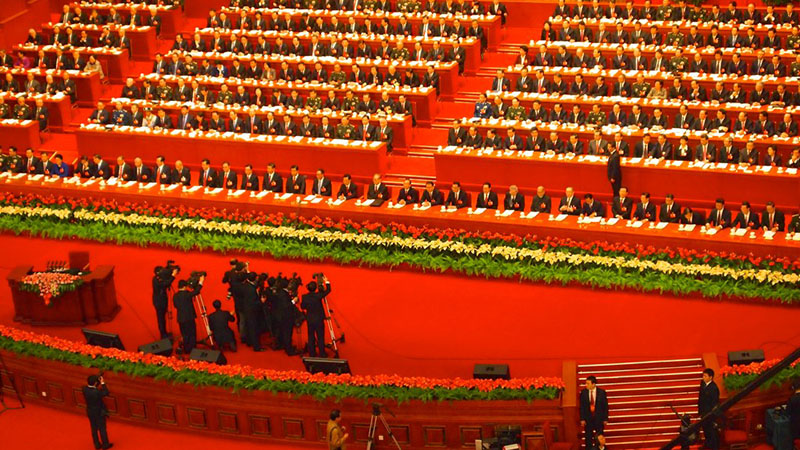 National Congress of the Communist Party of China at the Great Hall of the People in Beijing (Pic: Remko Tanis/Flickr)

China expects coal use to fall and greenhouse gas emissions to flatline through 2016, according to analysis of the government’s energy strategy by Greenpeace.

The environmental group says coal use and carbon emissions could be 10% lower than expected by the end of the decade as the country’s transition to a greener economy gathers pace.

Citing a recently published workplan by China’s National Energy Agency, Greenpeace analyst Lauri Myllyvirta argues China could be on the cusp of a dramatic fall in emissions.

“A key dilemma for energy planners is that targets for total energy consumption and CO2 emissions were already set in the overarching five-year plan released in March, and these targets do not yet take into account the dramatic shifts that have taken place in the past few years,” he writes.

Earlier this year lead climate envoy Xie Zhenhua said coal demand was waning, and predicted China would “far surpass” the 2020 target to cut emissions 40-45% per unit of GDP by 2020.

Still, he admitted data on emissions and coal was patchy, long a problem levelled at any analysts engaged in long-term China energy predictions.

As part of the 2015 Paris Agreement, China has committed to peaking emissions by 2030 and lowering emissions 60-65% per unit of GDP.

An initial draft of China’s five year energy strategy is due out at the start of June and will form the basis of government policy to 2021.