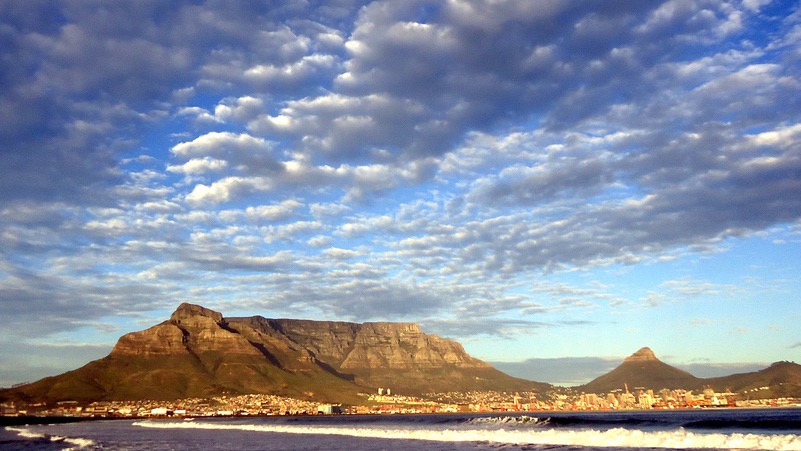 Crisis talks on the future of the UN’s flagship green investment bank are taking place in Cape Town this week after key donors expressed concern it lacks focus and direction.

The US, UK and Germany – who contributed more than half of the fund’s initial $10 billion capitalisation – flagged their fears last December in a series of submissions.

That followed a heated November board meeting, in which the first set of projects were approved despite misgivings over the process.

“The GCF is currently lacking a clear theory of change, which lays out its logic of intervention,” wrote senior German government climate official Karsten Sach in a withering 12-page submission. “Promoting the necessary paradigm shift, however, requires much more than large sums of money.”

Andrea Ledward, head of climate and environment at the UK’s Department for International Development, said she wanted to see “a clearer indication of the Fund’s focus and direction”.

“A clear strategy will generate more certainty and stabilize expectations,” recommended Leonardo Martinez-Diaz, deputy assistant secretary for environment and energy at the US Treasury.

“That compelling vision of what the fund is going to do does not exist,” Niranjali Amerasinghe, a climate finance expert with the World Resources Institute in Washington DC told Climate Home.

What is the GCF?
Conceived at the 2009 Copenhagen climate talks, the fund’s goal is to get money flowing to help poor countries tackle global warming though ‘ambitious and paradigm-shifting projects’. Half the cash is reserved for projects to protect communities from the floods, droughts and rising sea levels linked to climate change. The other half is to drive greenhouse gas emissions cuts, supporting clean energy access and fuel efficiency.

The interventions come at a delicate time for the GCF, which in November approved a first tranche of funds for eight clean energy, water and climate adaptation projects in the developing world, totalling US$168 million.

Hostile lawmakers in the US Congress threatened to scotch President Barack Obama’s US$3 billion GCF pledge, one labelling it a “slush fund” before an initial $500m was delivered in December’s budget bill.

This year, the GCF is aiming to deliver $2.5 billion from its $10bn pot, surfing a wave of optimism generated by December’s Paris climate deal, which saw its role as the world’s top climate fund confirmed by 195 countries.

This means a board comprised of career diplomats, government officials and financial experts will need to approve $850-930m of projects over three meetings this year, representing a radical hike in funding.

That’s ambitious, according to Omar El-Arini and Zaheer Fakir, GCF board members from Egypt and South Africa. There are only 29 projects in the GCF’s ‘pipeline’, while only one of its accredited partners has the capacity to handle projects worth more than $250 million.

“It is not clear at this stage how far the pipeline can be stretched to meet either the meeting-by-meeting approvals or the annual spending target for 2016,” they say.

External observers seem to agree. “When you look at the [project] pipeline and accreditation [process] it’s difficult to see where projects are going to come from,” said Amerasinghe.

“It’s a hell of a lot to do,” a senior official from a multilateral development bank told Climate Home, speaking off the record. They described the Cape Town talks as a “crisis moment” and “potentially make or break”.

Political pressures appear to have exacerbated the fund’s problems. The UN and governments have invested billions and want fast and measurable results.

Once the GCF had money in 2015, the main aim was to have a few projects to show at the Paris climate talks, rather than develop the deep foundations needed for a Fund with its ambitions.

Tensions emerged from the “constant balancing act between its ambitious and in many ways still abstract mandate and the need for a pragmatic approach to get the Fund off the ground and up to scale,” wrote German official Sachs.

“Part of challenge last year was the fact Paris was around the corner, and you saw that playing into the board meetings, which became a lot more political,” said Amerasinghe.

“They were under pressure to deliver before Paris… even if it was imperfect it was better than nothing,” says Ari Huhtala, deputy CEO at the London-based Climate and Development Knowledge Network (CDKN).

The first batch of eight projects was, he says, a “mixed bag”. Initiatives in Fiji and the Maldives are focused on water access, for example, rather than climate.

Comment: Why the GCF must think micro to make an impact

A fractious board split between developed and developing countries has led to fierce arguments and ultimately stasis over the GCF’s strategy, say other observers Climate Home has spoken to.

In some ways the process mirrors that of the UN’s climate body, meaning decisions have to be taken by consensus.

No agreement means controversial issues are rolled over to subsequent meetings, a situation officials from Denmark, the Netherlands and the private sector say is unsatisfactory and must be resolved.

November’s board meeting in Zambia was emotional and “pretty terrible to watch,” said the CDKN’s Huhtala. “It was very deeply ideological along North-South lines. The problem was they went and started working on issues before they had strategies and guidelines.”

Some accuse officials from India, Saudi Arabia and the Philippines of urging the GCF to hand out grants with minimal scrutiny, a policy unacceptable to major donors.

Other developing countries, championed by civil society, argue that by courting partners like Deutsche Bank and HSBC, the fund is already straying from its original mandate to be a partner to the world’s more needy and vulnerable .

“At the current juncture, the Green Climate Fund does not look like the fund that civil society organisations had in mind when we fought so hard for its creation,” wrote ActionAid’s Brandon Wu.

“To date, civil society organisations have been among the GCF’s greatest champions in the public sphere, yet this support is waning with every decision taken that does not clearly have the best interests of affected people and developing countries in mind.”

But in a letter to the GCF, Abyd Karmali, head of climate finance at Bank of America Merrill Lynch, argues the fund will never achieve its goals if it does not try and build links with the private sector, bemoaning a lack of progress on this issue since 2013.

“The clear intention to integrate public and private financing across as many initiatives as possible, and to undertake activities that will make it easier for the private sector to invest in projects and programmes in developing countries, has been a differentiating factor of the Fund from its beginning.

“Failure to operationalise these elements quickly will result in loss of interest on the part of the private sector, which will be very difficult to regain.”

If the red lights are flashing, observers say there’s still time to salvage what was supposed to be the solution to years of rows over climate finance flows from rich to poor countries.

For one, the atmosphere in Cape Town is better than at November’s meeting, according to a civil society representative taking part.

It’s also early days for what is a mammoth undertaking, says the CDKN’s Huhtala. “I would still give them the benefit of the doubt,” he says. “This is such a new animal and there’s clearly the political will to make this succeed.”

Many developing countries are just waking up to the fact the GCF exists, using small “readiness grants” to formulate project proposals and develop business plans.

And while critical of the way the GCF has been run so far, the submissions offer the basis for better discussions on the path forward, says Amerasinghe.

Now the Paris summit is gone, she hopes talks can become less political and more constructive. “This is new – and it’s a challenge, everything you do will be criticised.”