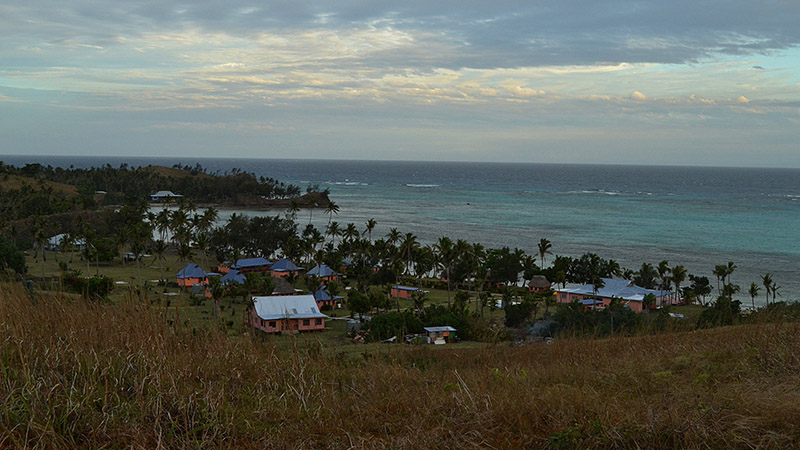 Fiji is home to one of the GCF’s first projects. Focusing on micro initiatives could mean it can multiply investments while minimising rise (Pic: Victor Ulijn)

Developed countries have committed to raising US$100 billion a year by 2020 to support mitigation and adaptation in developing countries.

The Green Climate Fund (GCF) seems set to become the largest vehicle for disbursing and/or leveraging this climate finance.

In November 2015, the Board of the GCF approved its first group of projects.

One of these projects proposes to climate-proof new water supply and wastewater management systems in Fiji.

In many ways, this project epitomises the original purpose of climate finance: to ensure that developing countries do not bear the full economic burden of climate change mitigation and adaptation.

Fijians have tiny carbon footprints but, like citizens of other small island developing states, are highly vulnerable to climate change impacts such as sea level rise and more frequent cyclones.

The Government of Fiji is taking out loans to pay for new water and wastewater infrastructure, but the grant from the GCF will help to finance more climate-resilient systems.

The Fijian project illustrates how the GCF can work with national governments and large institutions, such as development and commercial banks, to re-direct private and public investment flows towards more climate-friendly options.

Indeed, one of the GCF’s distinguishing features (compared to other climate funds) is its Private Sector Facility, which aims to make innovative use of climate finance in order to unlock private sector investment and innovation.

It will be key to achieving the GCF’s ambitious mandate of catalysing a ‘paradigm shift’ – transforming the very nature of economic and social activity so that low-carbon, climate-resilient development becomes the norm.

However, another dimension of ‘paradigm shifting’ is supporting change at the local level.

Collaborations with large international organisations may not be that effective in delivering the grassroots development necessary to cope with climate change.

One of the ways in which the GCF could enhance its impact is by committing to support locally-led adaptation initiatives.

The ability to cope with climate change impacts is largely determined by the commitment and capacity of local organisations.

The GCF has decided to allocate 50% of its resources to adaptation, where action is by definition localised and many low tech and small-scale investments can cumulatively make a large difference. The GCF should therefore place emphasis on channelling adaptation finance to the local level.

Investing in small and medium enterprises working in waste, energy and other climate-relevant sectors would support climate action while creating jobs and fostering local economic development.

Delivering finance to local authorities would improve their ability to plan and manage climate-relevant projects, from public transport to sanitation.

Resourcing civil society organisations based in the global South would empower communities to challenge power imbalances and drive disruptive change.

Making climate finance available to local organisations would allow the GCF to address local priorities and engage a much wider range of stakeholders, thereby achieving a more profound form of ‘country ownership’.

In short, this approach could allow the Green Climate Fund to amplify its transformative impact.

Naturally, the GCF cannot disburse climate finance directly to the multitude of local organisations across the developing world: this would mean processing vast numbers of project proposals each year.

However, the GCF could channel climate finance through a small grants mechanism (like the one being piloted by the Adaptation Fund) or via umbrella bodies of smaller organisations, whether industry associations, municipal development funds or alliances of civil society groups.

What would this look like? The GCF has just allocated $20 million to a pioneering example of such a model for climate change mitigation.

The KawiSafi Ventures Fund is aiming to raise $100 million in total, which will be invested in 10-15 solar businesses in East Africa.

If successful, the KawiSafi Ventures Fund will demonstrate how climate finance can be used to support local businesses and create jobs, as well as to reduce greenhouse gas emissions.

A similar approach could be applied to adaptation, though this would likely require a greater proportion of grant finance than loans.

The GCF has laid the foundations for working with local organisations with its “fit-for-purpose” approach to accreditation.

Prospective applicants to the GCF can be accredited to implement projects ranging from ‘micro’ (less than $10 million) to large (greater than $250 million), and to manage projects assessed as either low, medium or high risk.

This innovative structure should allow the GCF to contain risk while creating opportunities for smaller organisations to access climate finance.

The GCF can further incentivise funding for the local level by making readiness support available to appropriate networks of local organisations.

Examples include introducing simplified approval processes for micro projects, reducing the administrative burden and turnaround times; and prioritising accreditation of institutions which have a track record of empowering local organisations.

There is, of course, always some risk attached with employing new and untested delivery mechanisms, particularly those seeking to place resources in the hands of diverse local actors with limited capacities.

But how significant is this risk?

The GCF has the opportunity to support thousands of local organisations to act on climate change and, in the process, to build the capacities of the public, private and third sectors in the developing world.

Even if a few of the recipients experience initial difficulties in implementing micro projects, the cost would be tiny compared to the failure of just one large project – and the prospective returns are huge.