Green bonds, clean energy and efficient infrastructure offer vast potential in a market one banker describes as ’50 shades of green’ 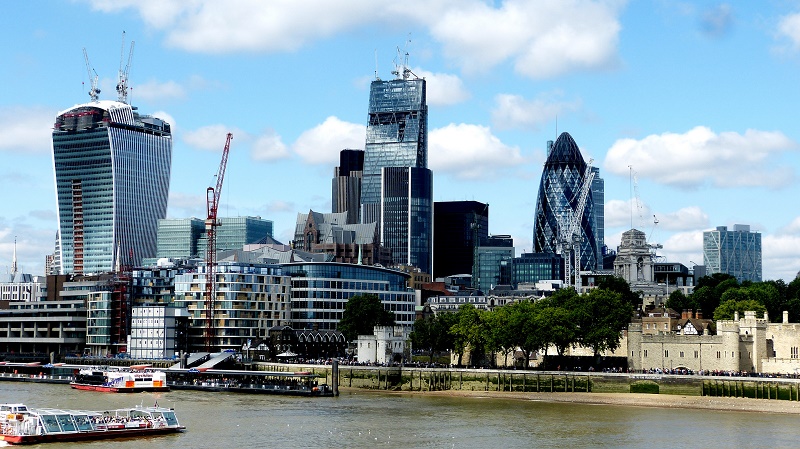 “Green is a buzzword but it is set to become everyday business.”

US investment banker Spencer Lake does not come across as a treehugger, but he’s in the vanguard of a growing band of city slickers espousing the potential of the climate-friendly growth.

HSBC’s global head of capital financing is speaking at London’s Mansion House on Thursday – a short hop from the Bank of England – at the launch of a UN-backed green finance report.

He’s not alone. Under the gaze of the Lord Mayor’s extravagant 17th and 18th century art collection and army of gold-gilt statues, bankers controlling millions agreed with his sentiments.

“It is an absolute tipping point. Paris moved green finance from the peripheral to something that is core to capital markets around the world,” she says.

Harriet Baldwin, economic secretary to HM Treasury – not known for its climate leanings – talks of the “real momentum” in the green finance sector and the UK’s desire to play a “strategic role”.

“This matters to pandas and polar bears but we are doing it for our shareholders,” says Steve Waygood, chief responsible investment officer for Aviva.

“We believe risks like climate change are reducing the amount of insurance business we can underwrite.”

Clean energy finance appears in rude health, judging by new data from Bloomberg, which suggests wind, solar and other green technologies received US$329 billion investment in 2015.

That’s a 4% rise on 2014 figures, but a small chunk of the $90 trillion the New Climate Economy think tank predicts will be invested in energy, land use and cities in the next 15 years.

Unless these investments are climate friendly, the NCE says, “it is near certain that global average warming will exceed 2C”. In Paris, governments agreed to keep temperature rise “well below” that threshold.

The International Energy Agency says $53 trillion needs to be invested in energy alone to avoid dangerous levels of global warming.

According to the UN, between $5-7 trillion a year is needed to ensure the 17 newly agreed Sustainable Development Goals are implemented across the next 15 years.

Report: China poised for a boom in green bonds

China is a world leader in backing renewables – $110 billion in 2015 – but Ma Jun, chief economist of the People’s Bank of China warns green investments need to hit up to $200 billion a year.

“That is a conservative estimate,” he adds, speaking via video link. “A recent estimate had this nearer to 4 trillion RMB [around $300 billion].”

He cites choking smogs, toxic rivers and polluted farmlands as reasons why the country needs to attract more discerning investors.

“15% of green investments are covered by the budget but 85% must come from the private sector.”

Green finance will form part of the next Five Year Plan, due in March, while the government is also drafting guidance on mandatory disclosure for companies.

This is vital, says Ma, “so markets can identify what is green and what is less green.”

Transparency, disclosure and regular reporting is a major theme for investors and central banks, says Andrew Bailey, deputy governor at the Bank of England.

The Bank caused waves in 2014 when its chief Mark Carney warned of the risks posed by companies holding large amounts of fossil fuel assets in a world worried about climate change.

Carney told a World Bank meeting the “vast majority of reserves are unburnable” if the governments were serious about limiting warming to below 2C.

The risks of financial crisis from the permanent impairment of oil, gas and coal assets are “very real to us” said Bailey, adding this was a “natural bridge to green finance.”

The Bank is “very supportive” of a panel led by Michael Bloomberg to draft voluntary reporting standards on climate and environmental risks, says Bailey.

The hope is this that including water use, fossil fuel holdings and other factors under one common reporting umbrella will make it easier for investors to assess a company’s risk to environmental laws.

“We are moving in a world where investment managers are demanding more information,” says Nikhil Rathi, CEO of the London Stock Exchange Group.

Aviva recently placed 40 coal companies on notice that it would ditch its shares in their businesses unless they could prove they were trying to slash their carbon footprint.

“There is a dearth of understanding globally on how these issues can affect cashflow and pensions,” he adds.

Regulatory and legal risks of fossil fuel investments may encourage some investors to exclude these holdings from future portfolios, but transparency may make other proposals more attractive.

“What has changed is we are now looking for opportunities to ‘include’ types of investments,” says Allianz’s Corley.

“We have moved from a policy of exclusion which could make it impossible for some companies to modernise and invest in lower carbon infrastructure… to ‘inclusion’.”

With oil and coal stocks in turmoil and the global economy shuddering, it’s perhaps a reflection of the growing appetite investors have for safer harbours.

The spectrum for green investments is a now a “50 shades of green”, she says. This ranges from helping CO2 intensives to clean up at one end to investing in renewables at the other.

These looser interpretations of what’s good for the environment have made many sceptical of the nascent but fast-growing green bonds market.

$41.8bn were issued in 2015, but some were of questionable quality. Climate Home revealed one $94 million bond issue ended up supporting a multi-storey car park in Massachusetts.

It’s a question of transparency and simplicity says HSBC’s Lake. Offering clarity on the carbon content and environmental impact of all types of investments is likely to be a huge step.

“We don’t want to create a new paradigm. The reality is we want to simplify this,” he says.

Speaking from Nairobi, UN Environment Programme chief Achim Steiner – whose organisation has invested heavily in research into green finance trends – says the world is on the cusp of a new financial era.

“The centre of gravity is shifting… stock markets committed to sustainability doubled in 2015,” he says.

“It is the beginning of a race to the top among leading finance centres. We are at the cutting edge of green innovation.”