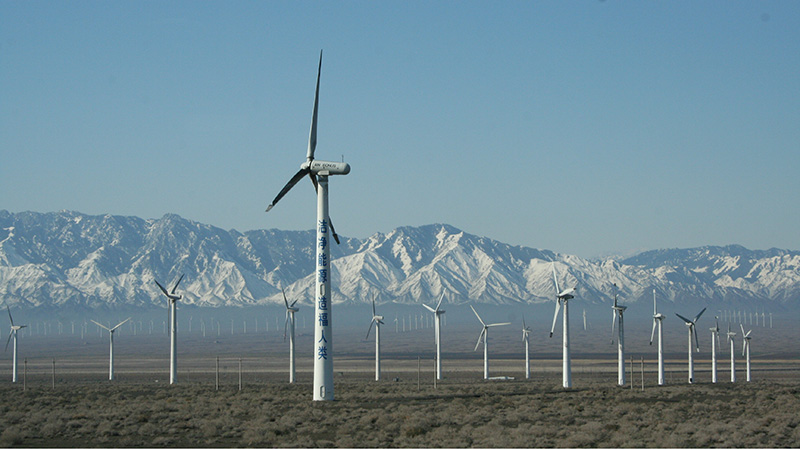 The European Union, the world’s largest wind market by installed capacity, is ceding ground to emerging nations as they mark gusty plains for rotor blades.

That is the view of Giles Dickson, head of the European Wind Energy Association, which lobbies on behalf of 600 companies in Brussels.

China is set to boost its wind power generation capacity 75% to 200 gigawatts within 5 years as part of its plan. India will grow its share 260% to 60GW within seven. Bangladesh, Mongolia and Tunisia are drawing up plans to harness the wind.

Meanwhile the EU, an early supporter of the technology and boasting three of the world’s top five companies, is cooling on the sector. 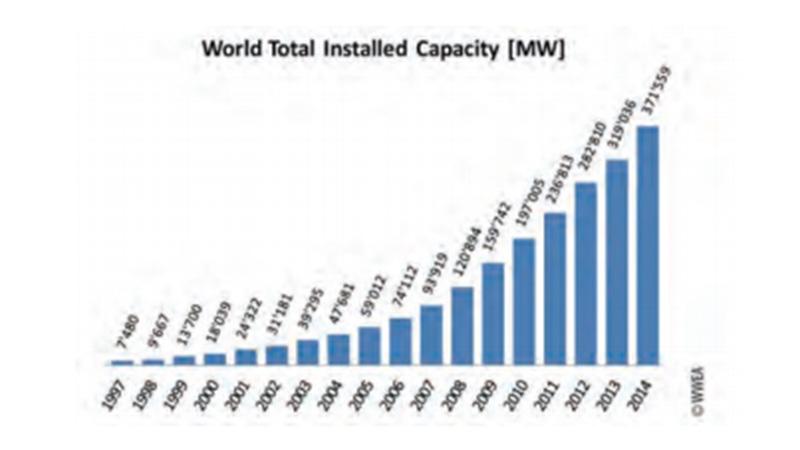 EWEA’s central scenario is that the 28-member bloc will postpone much of the investments required to meet its long-term aim to slash emissions 80% by mid-century on 1990 levels.

To get there, removing a glut of pollution permits in the EU’s emissions trading scheme to support a high carbon price that punishes fossil fuel producers is key.

But it could go further – deploying an additional 72GW of capacity and 18,000 more turbines – if the Commission were to set the right conditions.

Dickson only names six of the bloc’s 28 members as having a clear strategy on deploying renewables in five years: Denmark, France, Finland, Germany, the Netherlands, and Portugal.

The UK stands out for the opposite reason: it is scrapping subsidies for onshore projects from April, raising questions over its commitment to the climate agenda. 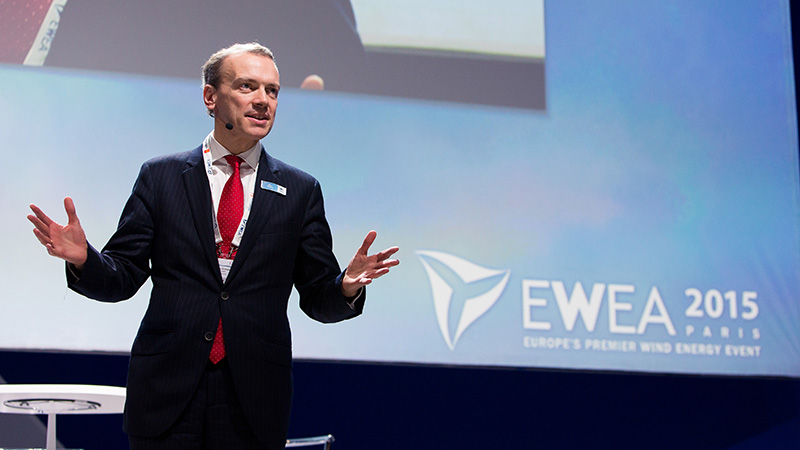 With nuclear and coal-fired plants close to expiring, the government was “turning its back on the cheapest form of new power generation” due to a “pure, irrational politics”, said Dickson, who left the government in 2008 after 15 years.

About 100 backbench lawmakers in the ruling Conservative party who believe turbines are a blight on the countryside and chop up birds are an influential caucus.

The UK U-turn comes as wind power gets increasingly competitive with conventional generation.

A report by Bloomberg New Energy Finance found the global average ‘levelised cost of electricity’ for onshore wind fell to $83/MWh in the second half of 2015.

The cost of offshore wind, in which the UK is a world leader, have fallen 80% in 20 years.

“What we see in renewables is a curve that is only going in one direction,” Dickson said.

The wind industry is making technological leaps and can increasingly defend itself against the challenges of low wind speeds, battery storage and excess capacity.

Turbines have increasingly large gear boxes to harness abundant gales, while improvements to grid connections cut the amount of wasted electricity. Norwegian energy major Statoil is trialling floating wind farms off the coast of Scotland to free the offshore industry from operating in shallow waters.

These figures are proving persuasive outside Europe. China alone could double its 2020 capacity ten years on to 400GW, according to the International Energy Agency.

“When we talk to governments in developing or emerging economies, what we see is a very strong desire first to ensure full energy access for citizens, secondly to ensure they are providing citizens with environmentally sustainable, plus affordable, plus reliable electricity.

“There is a strong realisation renewables tick [all] of those boxes.”