Climate change to wipe 2% off Bangladesh GDP by 2050 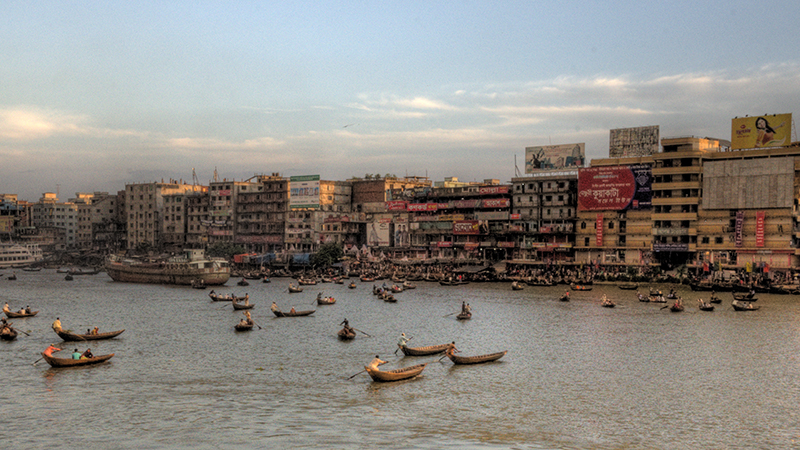 Bangladesh, one of the world’s most susceptible countries to global warming, unveiled its offer to an international climate pact on Friday.

Adapting to climate impacts was its primary focus, with extreme weather poised to wipe 2% in annual GDP off its $174 billion economy by 2050 – and as much as 9% by the century’s end, the communication said.

Located off the cyclone-swept Bay of Bengal and on the flood plains of Himalayan meltwater, the republic of about 160 million has faced dozens of natural disasters since independence in 1971.

“Current research and studies suggest that flood, tropical cyclones, storm surge and drought are likely to be more frequent and severe in the years to come,” it said.

Over 70 countries have now submitted climate plans to the UN, which will form the backbone of new global warming agreement expected to be signed at a December summit in Paris.

The country said it would bear its burden in combating climate change with a pledge to cut carbon by 5% within 15 years on current forecasts of emissions growth.

That could rise to 15% on “business as usual” as international cash and technology could drive cleaner coal generation, develop its railways and reduce energy consumption in its industry, it said.

Those figures only applied to its power, industry and transport sectors given insufficient data to measure emissions from the likes of forests.

Bangladesh’s drive to lower its carbon footprint “puts it on the moral high ground as one of the most vulnerable countries still willing to do its part,” Saleemul Huq, a national climate expert, told Climate Home.

Developing its climate plan had unleashed a major discussion about the country’s nature of industrialisation, said Huq, who is a director at the Independent University of Bangladesh.

“Previously it had a very default fossil fuel-based programme and big electricity plants that could deliver energy in the traditional manner. Now it is increasingly questioning that modality.”

As the country aspires to gain middle-income status by 2021, poverty reduction is central alongside growth rates of up to 8% a year.

Some 47 million citizens live below the poverty line, according to the World Bank, in what is one of the world’s most densely populated countries.

The plan, also known as an “intended nationally determined contribution” in UN jargon, eyed a larger if limited role for renewables.

It plans to ramp up its programme to power off-grid rural homes with solar PV cells. Renewable generation is set to make up 10% of the country’s energy by 2020.

Bangladesh also repeated a call for warming to be slowed to 1.5C by the century’s end to lessen the brunt of monsoon flooding and cyclones, costed at $6.6bn by 2030.

“As a collective, the country from the prime minister to the farmer in the field, is going through a knowledge acquisition of the solutions to climate change,” Huq added.