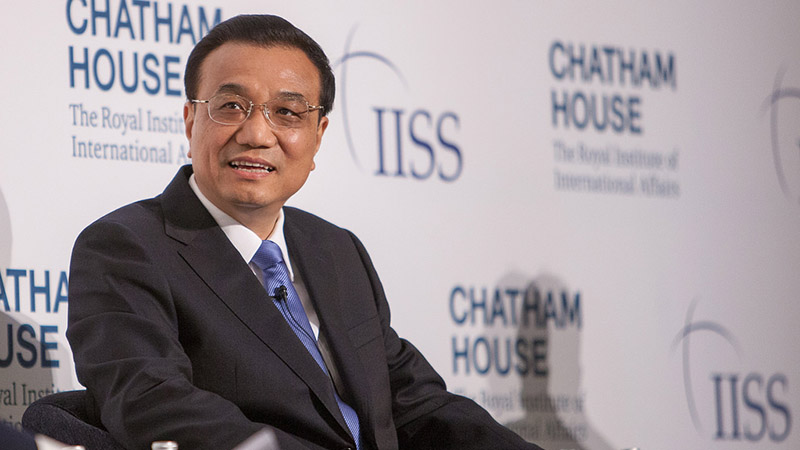 China will aim to peak its greenhouse gas emissions ahead of 2030, the government has confirmed in an official submission to the UN.

It also plans to increase the share of renewables and nuclear in its primary energy consumption mix to 20% by 2030, and boost forest stocks.

In a statement released to the media premier Li Keqiang promised the country would “work hard” to achieve the emissions peak “at an even earlier date”.

China’s decision to tackle climate change was driven by a sense of “responsibility to fully engage in global governance, to forge a community of shared destiny for humankind” the submission said.

The pledge is expected to be the headline of the country’s contribution to a UN climate deal, set to be agreed in the French capital later this year.

EU climate commissioner Miguel Arias Canete welcomed the announcement as a “positive boost” for negotiations on that deal, which were described as moving “at a snail’s pace” by UN secretary general Ban Ki Moon on Monday.

UK climate chief Amber Rudd said the announcement was a sign that “momentum is building for a deal in Paris”, coming off the back of climate pledges from South Korea, Iceland and Serbia earlier on Tuesday.

“It does not fully reflect the significant energy transition that is already taking place in China,” he said.

“Given the dramatic fall in coal consumption, robust renewable energy uptake, and the urgent need to address air pollution, we believe the country can go well beyond what it has proposed today.”

The US and EU have already submitted their plans to the UN, meaning that over 50% of global emissions are now covered.

Still, analysts say these promises are still well off what is needed to avoid dangerous levels of warming.

Liz Gallagher, head of climate diplomacy at London thinktank E3G said the offers were “the floor, not the ceiling” of a deal in Paris. “There is still time for China to ramp up ambition,” she added.

China tops the world ratings for pollution and coal use, but high levels of air pollution have seen the government invest heavily in gas and renewables.

To meet its new energy targets the country will need to invest US$6.6 trillion, according to the Climate Group.

“China’s efforts to align its domestic growth agenda and global climate change agenda is a leading example of how a fundamental shift is needed to grow the economy differently,” said Changhua Wu, the NGO’s China director.

These calculations assume a steady annual decrease in carbon intensity.

Of course, if the country’s economy grows more slowly or quickly, then its carbon emissions will peak sooner or later.