Republican candidate ‘would pull US out of Paris climate deal’ 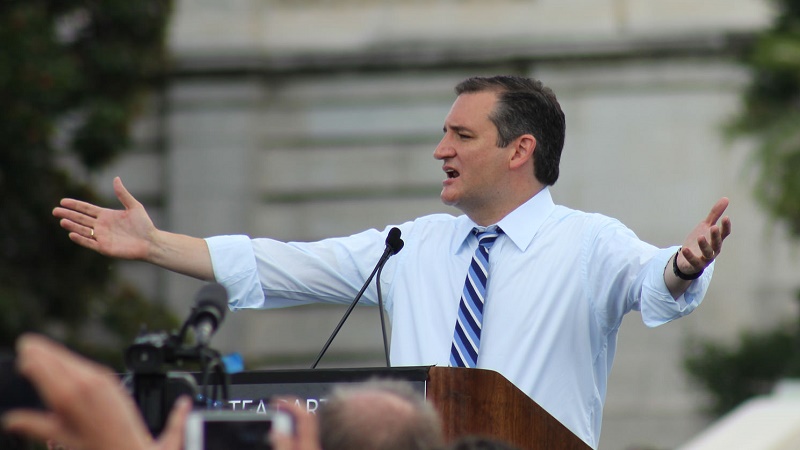 A contender to be the next Republican presidential candidate says if elected, he would pull the US out of the UN climate deal struck in Paris this month.

Senator Ted Cruz, who is polling second place to billionaire businessman Donald Trump in the primaries, downplayed the threat of climate change on the campaign trail.

In Tennessee on Tuesday, he accused president Barack Obama’s administration of using the issue as an excuse to increase regulations and raising the cost of living.

“Barack Obama seems to think the SUV parked in your driveway is a bigger threat to national security than radical Islamic terrorists who want to kill us. That’s just nutty,” Cruz told reporters.

“These are ideologues, they don’t focus on the facts, they won’t address the facts, and what they’re interested [in] instead is more and more government power.”

His remarks came as a Reuters/Ipsos poll showed 58% of Republican voters approve of US cooperation with other countries to curb global warming.

While less enthusiastic about the issue than Democrats, 40% of Republicans said they would support a presidential candidate who acted on climate change.

The issue has barely surfaced in Republican primary debates, but when asked, most of the candidates dismiss the scientific consensus.

Trump, who leads the pack with 28% backing in a Quinnipiac University Poll, has branded climate change a hoax, “bullshit” and a Chinese conspiracy.

The past five years have been the warmest such period since records began, according to the World Meteorological Organization. Next year is forecast to be at least as hot as 2015.

Democratic frontrunner Hillary Clinton, meanwhile, has put the climate high on her agenda. She mocked sceptics in her campaign launch, later coming out against drilling for oil in the Arctic and the controversial Keystone XL pipeline.

Clinton outlined a vision for the US as a “clean energy superpower”, involving half a billion solar panels.

President Obama has pushed through greenhouse gas emissions curbs using executive powers, in the face of a hostile Republican-dominated Congress.

His negotiating team trod a fine line in Paris to craft a climate deal that would not require ratification by the Senate. And Gina McCarthy, head of the Environmental Protection Agency, told Climate Home the domestic clean power plan was resilient to changes of government.

Yet the prospect of a Republican president getting elected in November 2015 has climate watchers overseas worried.

Lord Deben, chair of the UK’s Climate Change Committee, said at a briefing last week: “Don’t let’s kid ourselves: A Republican president would be a disaster. I really do have to say to our American friends, you now have a non-operating democracy.”