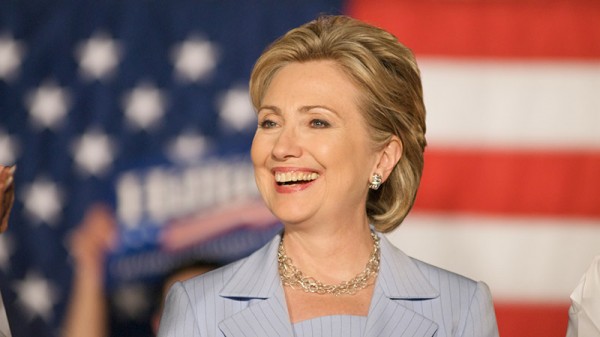 Hillary Clinton has come out against drilling for oil in the Arctic, the day after Shell got its final approval to go ahead.

By opposing the expansion of oil’s frontiers, the Democratic presidential contender set herself apart from incumbent Barack Obama’s stance.

In a tweet, she aligned herself with campaigners who argue searching for oil in the hostile polar conditions “fails the climate test”.

The Arctic is a unique treasure. Given what we know, it’s not worth the risk of drilling. -H

The US government has given Shell all the permits it needs to sink wells in the Chukchi Sea, off the coast of Alaska.

But expanding oil’s frontiers is at odds with holding global warming to safe levels, Greenpeace and Oil Change International argue in a new report.

US president Barack Obama is undermining his claim to leadership on climate change by allowing it, he added.

“Arctic oil is simply unburnable in a climate-safe future, and the rising movement to stop Arctic drilling will continue to make this fact loud and clear.”

It comes ahead of a summit of Arctic nations in Anchorage, Alaska, to discuss climate change at the end of this month.

Obama has released a video highlighting the impact global warming is already having in the region.

“In Alaska glaciers are melting,” he said. “The hunting and fishing upon which generation have depended for a way of life and their jobs are being threatened.”

Executive director May Boeve said: “It’s hypocritical for the Obama administration to issue another permit allowing Shell to drill in the Arctic Ocean just weeks before visiting melting glaciers in Alaska.

“If this White House is serious about its legacy on climate action, it’s time to stop the doublespeak and finally begin aligning the action with the rhetoric.”

The NGOs’ report draws on the latest assessment of climate science from Intergovernmental Panel on Climate Change (IPCC).

Governments, including the Obama administration, have agreed to limit global temperature rise to 2C above pre-industrial levels.

To stand a decent chance of achieving that, the IPCC concluded no more than 1 trillion tonnes of carbon dioxide can be released.

More recent research from UCL, a leading UK university, broke that down to show which reserves were “unburnable” across the world.

Boeve promised to continue putting pressure on the president to halt drilling in the region.