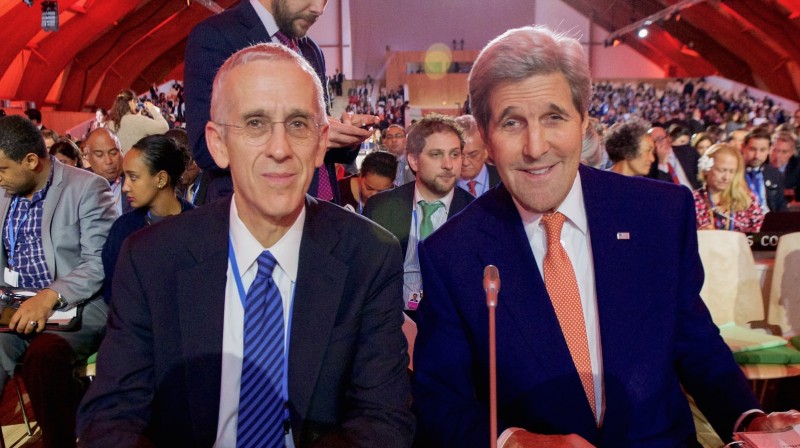 Senior US administration officials say they are confident the Paris climate agreement will not need to be ratified by the US Senate.

“It probably won’t surprise you that we aren’t spending a lot of time thinking of ways that the Congress could veto this. But look, the truth is this is an agreement that doesn’t require ratification by the Senate,” one US diplomat told a reporters’ briefing.

“The targets are not binding; the elements that are binding are consistent with already approved previous agreements,” they added.

Some Republican senators expressed outrage at the new UN pact – agreed late on Saturday – which for the first time will see developed, developing and emerging economies commit to a pact.

“Senate leadership has already been outspoken in its positions that the United States is not legally bound to any agreement setting emissions targets or any financial commitment to it without approval by Congress,” said Jim Inhofe, an Oklahoma Republican who chairs the influential Senate environment and public works committee.

Others – including all of the Republican field running to be presidential candidate – kept quiet. That included serial tweeter and climate sceptic Donald Trump.

In the final moments of the summit, Secretary of State John Kerry and lead envoy Todd Stern had to fight hard to ensure their goal of non-binding emission targets was achieved.

UN officials blamed a ‘typo’ for the appearance of legally binding ‘shall’ over ‘should’ in a sentence stipulating what carbon cuts developed countries should target.

Only last minute arm-twisting – and reportedly calls from the Pope, Kerry and Cuban leader Raul Castro to Nicaragua’s president Daniel Ortega – whose lead negotiator wanted to squeeze more concessions from the US, solved the mini crisis.

Had the deal meant US targets were binding, the White House would have had to take the deal to the Republican-controlled Senate vote for approval, which it looked set to lose.

In 2010, ‘cap and trade’ legislation proposed by the Obama administration was shot down by Congress.

Asked if the US had to make any major and potentially sensitive concessions to sign up to a deal, the diplomat said careful consultations with allies in the past year had left it clear to most what America’s red lines were.

“I don’t think we had to cave on anything, actually,” they said, adding: “I feel that there was a lot of – there was certainly US – significant US involvement in the shaping and the conceptualising and the driving of this architecture, but this is a fair deal for everyone, or else it wouldn’t have happened.”