Kumi Naidoo: We are in an age of civil disobedience 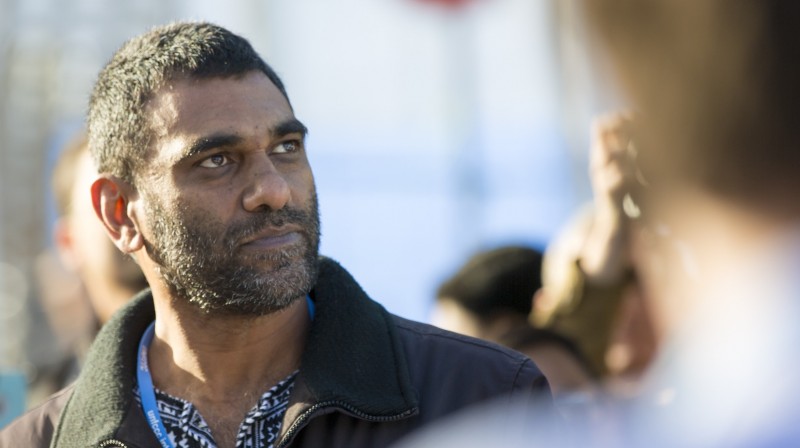 Return the wire cutters, hang up the immersion suit, put the face paint back in the bathroom. The new frontline for environmental activism requires data junkies, hackers and excel wizards.

Sitting in the media centre on the penultimate day of the Paris climate talks, Kumi Naidoo is contemplating a life after Greenpeace.

After six years as executive director of the environmental campaign group, he leaves at the end of the month to return to South Africa, where he will put into action what he terms his “accelerated action strategy”.

‘We are going after the financial components of bad polluting carbon projects, like Greenpeace in Australia which went after all the banks lending to the Carmichael-Adani coal mine,” he says.

The $16.5 billion Carmichael project is now struggling for funding with Goldman Sachs, JP Morgan, HSBC, Citigroup and Deutsche Bank among those to rule out support.

Stopping Carmichael would be a start, says Naidoo, but he argues there are now “too many bad projects” and as a result, radical action at the top of the financial world is needed.

Central banks are in his crosshairs. He’s pumping for leadership from those institutions which can set tougher criteria for lending to oil, gas and coal investments that will lead to the “death of current and future generations.”

Naidoo said he has been spurred by Bank of England chief Mark Carney, an unlikely climate champion but a man who has consistently warned in the past year of the potential risks climate change poses the financial sector.

Speaking in Paris on the sidelines of the COP21 talks, Carney said it was reasonable to ask businesses “what’s your strategy for net zero” [emissions].

“I think there does need to be some element of what your strategy is, not just to manage downside risk, but to take advantage of opportunities in a world of transition.”

Carney’s was a powerful statement and Naidoo wants to see it acted on. “If that moves from a statement in a speech to a Bank of England position that would be a powerful contribution,” he adds.

Known for his bright shirts and often colourful language, Naidoo has spent his time at Greenpeace getting in the face of big business, big oil and big government.

In June 2011, the tall South African set the tone for his tenure in charge after being arrested while scaling an oil rig off Greenland.

Later that year, he was led out of the UN climate summit in Durban in plastic cuffs by UN security, having led hundreds in a sit-in as global talks ground to a halt.

More recently he watched from afar as the ‘Greenpeace 30’ were detained for over 100 days by Russia after trying to stop a Gazprom drilling rig in the Arctic. 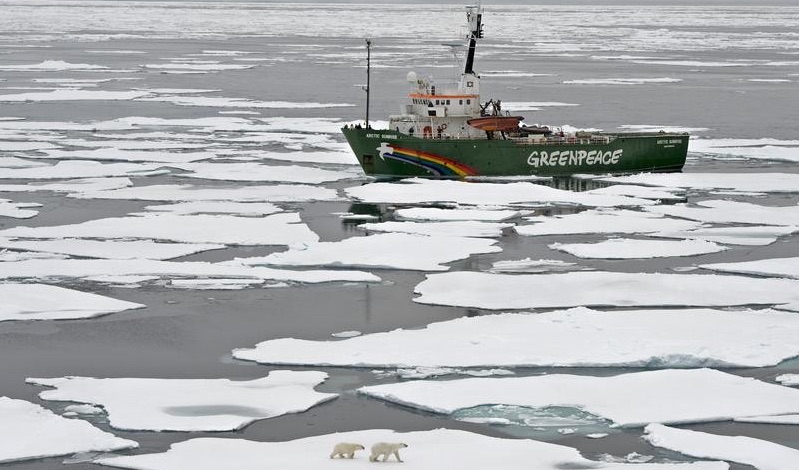 It was one of his toughest moments as executive director, he admits, but never caused him to reconsider the NGO’s strategy of directly confronting countries and companies.

“For me when the folks were in prison, that was biggest challenge, because the family members were traumatised,” he says.

India too, has been a challenge during his tenure. Greenpeace has taken a “battering” due to its active opposition to coal mining projects across the country.

In March, it and local groups scored a major victory with the banning of mining in Madhya Pradesh’s Mahan forest, but it was a rare win in a bitter struggle with the Modi government.

Funds from international sources have been frozen, campaigners prevented from leaving the country. Intelligence officials labelled the group a security threat.

It’s a bleak outlook, but Naidoo insists he’s positive. The judiciary, business and other civil society groups have all – in their own way – stood up for Greenpeace, he argues. Funding too from domestic sources “spiked” after the cash freeze, he adds. 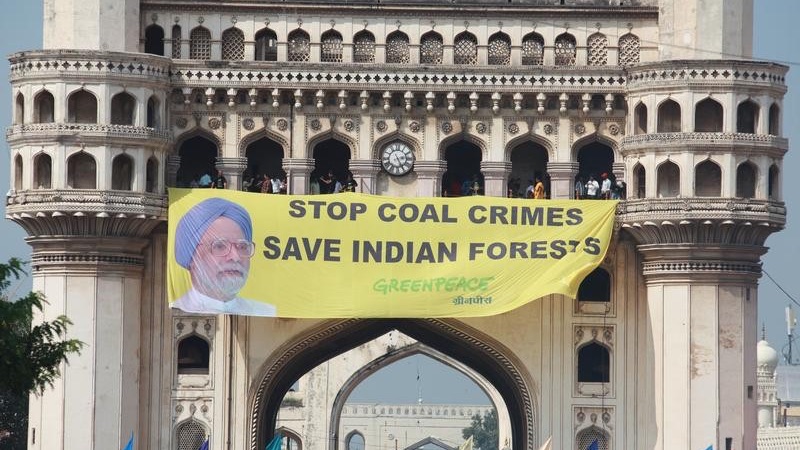 Quoting Gandhi, he says it’s better to be struggling than laughed at or ignored. India’s coal addiction is now world news because of Greenpeace. “If we’re fighting we’re a step away from getting a breakthrough.”

In China, Greenpeace is quietly targeting international corporations that own local enterprises. The discharge of pollutants into rivers and toxic dumping top their list of priorities.

Local communities are already protesting at poor air quality and the impacts on child health. “We have to be tactical, what we do where and how do we do it,” he says.

Rather than major emerging economies, it’s the developed world that draws most of Naidoo’s ire. As a child he grew up under apartheid and joined protests against the white South African government’s brutal rule.

He thinks the response from the US since the 9/11 attacks in New York have been “unstrategic and unpractical”. Cracking down on protests and taking part in Middle East wars “is recruitment fodder to militant groups,” he says.

France too has failed, especially with a call to stop climate marches in the wake of terror attacks on 13 November, he says. “I would say – from my previous role as a human rights campaigner from South Africa, the real test of democracy is not upholding human rights when all is going well, but holding true when there are challenges.”

But if business is part of the problem – he cites malign funding of US politicians by big coal and oil – Naidoo acknowledges it’s also starting to offer solutions, especially where climate change is concerned.

Soaring interest from the suits in a green economy is a game changer at global climate talks. For years excluded or lobbying against change, now groups like the B Team and We Mean Business are joining a progressive coalition demanding action.

In what would have been see a radical move only a few years ago, Naidoo even appeared at a press conference with an airline boss – Virgin Atlantic’s Richard Branson – to demand more progress at the Paris talks.

He grins when asked if that was a little odd, given Branson’s many high-carbon interests.

“I’m aware some in civil society not too comfortable because they see dominant business models are a problem, but we are fighting for our lives and that was a conscious move when we had there was blocking from a range of governments,” he says.

“It doesn’t mean we agree on every single word but I think the business voice might have played a small contribution to getting 1.5C warming threshold as a target alive again.”

He won’t miss the UN climate conferences, the bickering and bitter geopolitics. He will miss many of the volunteers, who he terms the “backbone” of Greenpeace.

“Some of those detained [in Russia] were not full time staff – they were volunteers,” he says.

They will face tougher fights in the coming years. Temperatures are rising, greenhouse gas emissions show no signs of plummeting, 1.5C may be locked into the climate within 20 years.

Still, the momentum for change is louder and wider than when he took over Greenpeace, says Naidoo. The Pope, Dalai Lama and other religious leaders are the latest to join an expanding field of calls for action.

“The number of voices has grown considerably, the diversity has grown, countries that were being silenced like the most vulnerable have found their voice,” he says.

‘We never talked about the road to Paris but through it… Paris is yet another opportunity for political leaders to show courage and urgency.”

Above all, the nature and goal of the fight has changed. It’s not just about the environment, suggests Naidoo. Paris and the climate struggle is about safety, security, human rights and gender equality.

Deepening inequality is “one of the biggest challenges facing humanity”, says Naidoo, with the Occupy and Divestment movements leading on building a more just society.

And there’s more to come. “Greenpeace has always pushed non violent direct action, and I’m hearing people saying this is the age of civil disobedience,” he says, with a smile.