The standout winning technology from a climate conference in Paris this week may be renewable energy, and in particular solar power 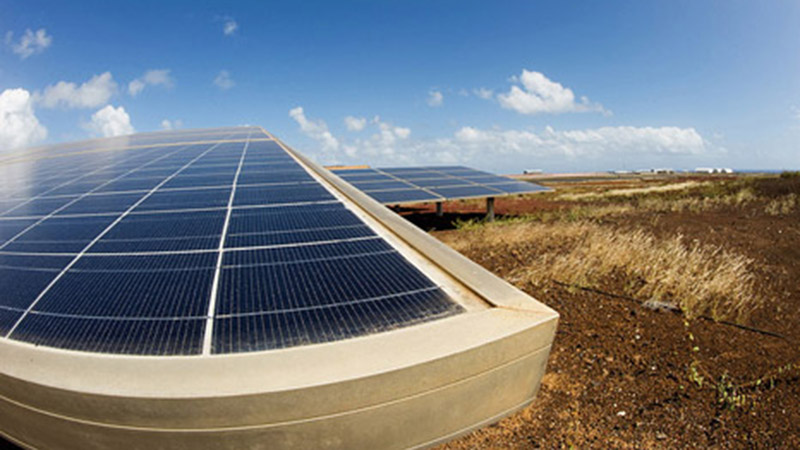 A new global climate agreement, to be reached this week in Paris, will accelerate a global low-carbon transition, given some 185 countries have pledged new, strengthened, greenhouse gas emissions targets, alongside a blizzard of climate-related news and releases.

Parsing the exact winners from a low-carbon transition, through the lens of the two-week conference which ends on Friday, is an inexact science, given the vagueness of announcements.

One approach is to name-check the technologies mentioned in the national pledges; in the thousands of speeches and side-events; and in the new funding and deployment targets. Another approach is to review the circulating analysis and commentary.

The International Energy Agency (IEA) analysed the energy-related impacts of the national emissions pledges, also called Intended Nationally Determined Contributions (INDCs). “The most common energy-related measures are those that target increased renewables deployment (40% of submissions), or improved efficiency in energy use (one-third of submissions),” the IEA said, adding that the pledges collectively would required $14 trillion additional investment in renewable energy and energy efficiency through 2030.

All pledges would limit emissions in the energy sector, whether through specific targets or vaguer policies and measures, but “only a handful of countries” mentioned other measures to cut energy sector emissions, the IEA said, such as phasing out of inefficient coal plants, lowering methane emissions from oil and gas, fossil fuel subsidy reform, and carbon pricing, or other specific technologies such as nuclear power, carbon capture and storage and low-carbon transport.

Turning to the business side events during the Paris conference, the Lima Paris Action Agenda held whole-day events along the themes: agriculture; forests; transport; renewable energy; energy access and efficiency; resilience; cities; private finance; business; innovation; buildings; and short-term pollutants. This is only a check-list of the most impacted sectors.

On specific targets, the standout announcement was made by India and France last week for an “international solar alliance”. The two countries sought to mobilise more than $1 trillion by 2030 to boost solar power in 120 developing countries.

Others included an aspirational, African target to deploy an additional 300 GW of renewable energy by 2030, with $10 billion support from industrialised nations. Other targets included a Global Geothermal Alliance target to develop 50 GW of geothermal power by 2030; and support from some 53 major companies (including BMW Group, Coca Cola, IKEA and Swiss Post) for an RE100 initiative to source all their electricity from renewable sources, by no fixed deadline.

Turning to donor announcements, the United Nations compiled a summary at the midway point through the conference on Sunday. While the funding comprised a headline total of tens of billions of dollars, there was negligible or zero resolution by sector or technology, referring mostly to “climate finance” or “climate action”. Rare exceptions included: Iceland’s $10 million annual support for “geothermal development, sustainable land and ocean management”; and Norway’s $400 million annual support for tropical forests.

Finally, there has been a diversity of analysis around the Paris conference and a low-carbon transition. Regarding the impact of an ambitious Paris agreement, Barclays Capital two weeks ago compared the impact across a range of sectors, identifying the biggest winners as renewable energy, efficient lighting manufacturers and power transmission manufacturers, and the biggest losers as automotive, fossil fuels and oil and gas.

Barclays Capital also found losers, where the fossil fuel industry would lose around $34 trillion in revenues cumulatively from 2014-2040 as a result of the new, national climate action pledges.