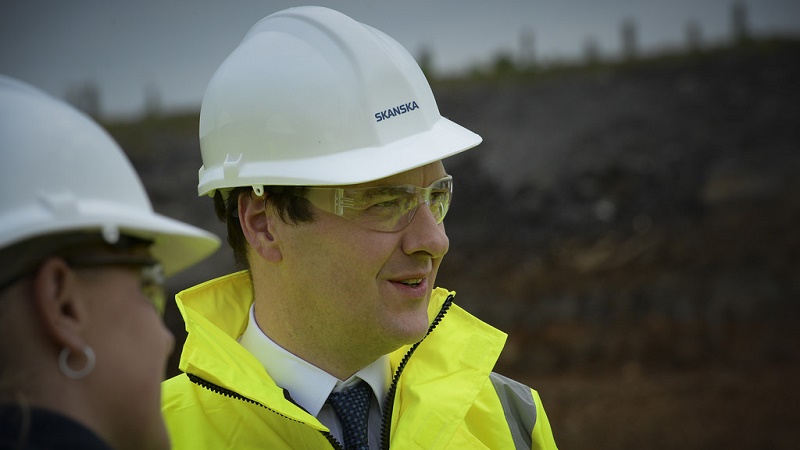 The UK axed a £1 billion fund for carbon capture and storage (CCS) in a government spending review on Wednesday.

Together with reduced investment in energy efficiency and renewable energy, analysts say the move jeopardises the country’s greenhouse gas reduction goals. Total funding for the Department of Energy and Climate Change (DECC) was slashed by 22%.

The independent Committee on Climate Change is expected to publish recommendations tomorrow on interim emissions targets for the UK, which is committed to an 80% cut from 1990 levels by 2050.

The £1 billion pot was destined to support two full-scale CCS projects, which were in their early development stages.

Shell, which was leading one of the schemes, confirmed it would not go ahead without government backing. The White Rose consortium, which managed the other, indicated it was highly unlikely to proceed.

It was a “devastating” blow, said CCS Association chief Luke Warren. “Moving the goalposts just at the time when a four year competition is about to conclude is an appalling way to do business.”

If deployed at commercial scale, CCS will roughly halve the cost of meeting the UK’s 2050 emissions target, according to the Energy Technologies Institute.

Previously, prime minister David Cameron told a parliamentary committee a firm decarbonisation target depended on CCS being available. “If not, you are in quite serious water,” he said, “because you would be only relying on nuclear and renewables.”

In a recent energy policy “reset”, minister Amber Rudd won praise for committing to phase out coal power by 2025. But environmentalists were disappointed to see her promote gas and nuclear over renewable sources.

Jenifer Baxter, head of energy and environment at the Institution of Mechanical Engineers, said: “With just one nuclear reactor currently being planned, the UK looks set to experience a new dash for gas.

“Without CCS technology this will mean we are locking ourselves in to relying on unabated fossil fuel power for generations to come.”

Developers of another CCS initiative on an industrial hub, the Teesside Collective, stressed the benefits of protecting jobs by neutralising emissions from otherwise polluting sectors.

As the EU trading system imposes rising carbon costs on heavy industry, CCS is the “only sure-fire way of retaining a competitive industrial base in the UK,” said the project’s Neil Kenley.

Amid sweeping cuts aimed at eliminating Britain’s budget deficit, chancellor George Osborne confirmed an increase in funding for poor countries to green their economies, however.

“We support the international efforts to tackle climate change, and to show our commitment to the Paris talks next week, we are increasing our support for climate finance by 50% over the next five years,” he said.

The fate of an influential network of climate diplomats, which sources told Climate Home was for the chop, remained uncertain.

Osborne announced the Foreign and Commonwealth Office’s budget would be protected in real terms, not cut, as many feared.

Nick Molho at green business network the Aldersgate Group welcomed the decision. “This department has played a key role together with DECC in influencing the development of ambitious climate change policies in key countries such as Mexico and China as well as setting up trade opportunities for UK low-carbon businesses,” he said.

“But it is still unclear what this announcement, combined with the 22% cut in DECC’s budget, means in practice for the UK’s international climate policy work.

“The FCO may decide to use its resources differently following the spending review and we hope that it will continue to effectively resource its influential climate team and network of climate attaches.”