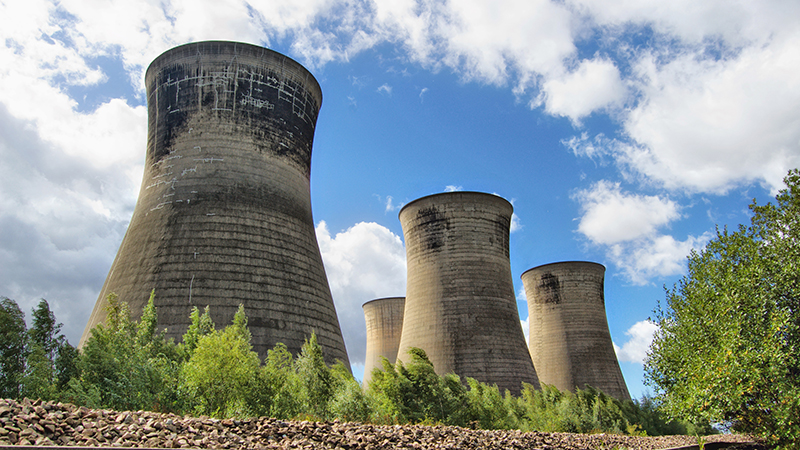 Thorpe Marsh, a coal-fired, power station in Doncaster closed in 1994. In 2011 permission was given to build gas-fired plants on the site (Flickr/ Tom Blackwell

Relying on coal is “perverse” as it is a top contributor to global warming, she said. The government will consult on a timetable for closures in spring 2016.

It expects an expansion of gas-fired plants to replace coal, which generates 28% of the UK’s electricity.

“One of the greatest and most cost-effective contributions we can make to emission reductions in electricity is by replacing coal fired power stations with gas,” Rudd said in a speech on Wednesday.

The decision was praised by UN climate chief Christiana Figueres in a media briefing: “Kudos to the UK,” she said.

“It is quite a statement that the country where the industrial revolution started realises it [coal] is now ending and we are taking off on a completely new revolution and that transformation is starting in front of our eyes,” she added.

Rudd said nuclear power stations could provide up to 30% of low-carbon electricity the UK needs.

“Opponents of nuclear misread the science. It is safe and reliable. The challenge, as with other low carbon technologies, is to deliver nuclear power which is low cost as well. Green energy must be cheap energy,” she added.

Environmentalists welcomed the decision, but said the government should be investing more in renewable energy.

The Conservative government has withdrawn a series of subsidies for wind and solar power since winning May’s election.

It has prompted criticism of the UK’s green credentials, especially in the build-up to a critical climate summit, known as COP21, in Paris next month.

Former US vice president Al Gore who attacked the removal of green subsidies in September said the decision “sets an excellent and inspiring precedent as we head into COP21”.

Coal in the UK, 1882-2025. 1st country to use coal for electricity will become the first major country to completely phase it out. Big news!

“But if coal is simply replaced by gas the UK will continue its addiction to fossil fuels and is in danger of being left behind in the global clean tech race,” he said.

Campaign group Global Justice Now said the government was “downgrading the importance of dealing with climate change” by favouring gas over renewables.

“These new energy priorities are dangerously backwards at a time when consumers and the climate deserve much better,” said director Nick Dearden.