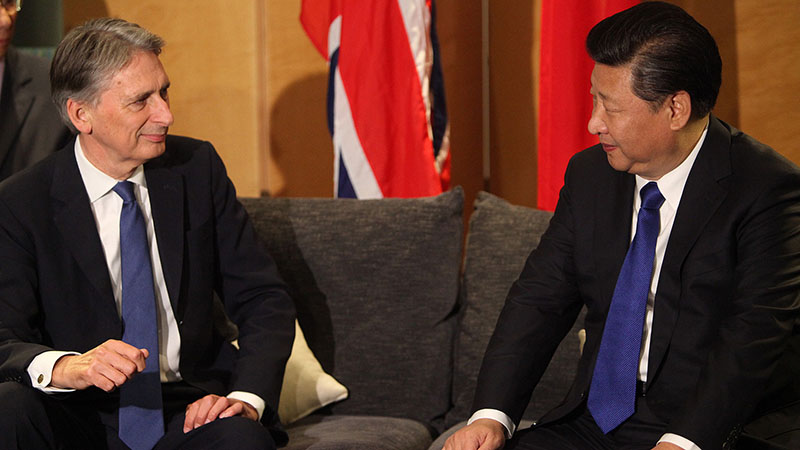 The UK’s global network of climate diplomats is facing the chop days before negotiations on a new UN deal to tackle global warming open in Paris.

More than 100 posts are under threat, with the Foreign and Commonwealth Office (FCO) set for 25-40% resource budget cuts by 2019-20 under a spending review due out on 25 November.

“The rumours – so we have been told – are they are going to axe the climate posts once the COP [Paris climate summit] is over,” said Barry Gardiner, Labour’s shadow climate minister.

A fortnight of talks on a global climate pact kicks off in the French capital on Monday 30 November. Governments hope to sign a deal to limit warming to below 2C on Friday 11 December.

Two other sources with knowledge of the matter have told Climate Home talks on the future of the climate diplomacy network are ongoing.

The UK network of diplomats was set up by former special envoy John Ashton. It is credited with bolstering China’s drive to a low carbon economy and helping develop the Climate Vulnerable Forum, a 40-strong coalition of developing nations at risk from extreme weather.

“The UK’s diplomatic service was certainly an early supporter of the CVF,” said Bangladeshi scientist and IIED senior fellow Saleemul Huq. “They are also a key player in the Cartagena dialogue.

One example of links between the UK and China on climate was the Beijing launch of the 2050 emission pathways calculator, a piece of British software that explores the potential for radical cuts in carbon emissions.

Conservative MP Graham Stuart described the initiatives led by the network as “significant” but stressed he was confident a smaller team could still have an impact on the world stage.

“If we end up with a reduction in headcount in climate diplomacy I think that would be not ideal, but I am pleased to see recent speeches from the foreign secretary reaffirming the FCO’s commitment to tackle global warming around the world.”

While some may question the need for a network of attaches once a Paris climate deal is agreed, Gardiner insisted their work was just beginning.

“The real job now is to ratchet up the INDCs [climate plans]… To do that will require the sort of effort the UK has put in over the past 10 years,” he said.

An FCO source said staff expected “challenges” but stressed the impact of the cuts would take months to work out.

According to freedom of information requests from Climate Home, 201 FCO staff work across climate-themed initiatives, with 79 counting this as their full-time role.

Embassies in China, India, Nigeria and Brazil are among those where climate attaches and senior officials focused on green growth are based.

Many of these posts are funded via the FCO’s Prosperity Fund, which allocated £10,795,641 to what were termed ‘sustainability’ projects and posts between 2014 and 2015.

Others are supported by the FCO’s geographical budgets (Asia, Latin America) which face curbs, while funding for programme activities is also under scrutiny.

Further cuts to the FCO would be “madness” according to a 20 October report from the House of Commons Foreign Affairs committee, chaired by Conservative MP Crispin Blunt.

“Progress in restoring its policy-making and diplomatic capability would be reversed,” warned the committee, adding: “The ability of the FCO central machinery to support its core diplomatic function would be put at risk.”

The 2015 UK Spending Review, launched soon after the May General Election, is aiming for £37 billion spending cuts to wipe out the country’s budget deficit over the next five years.