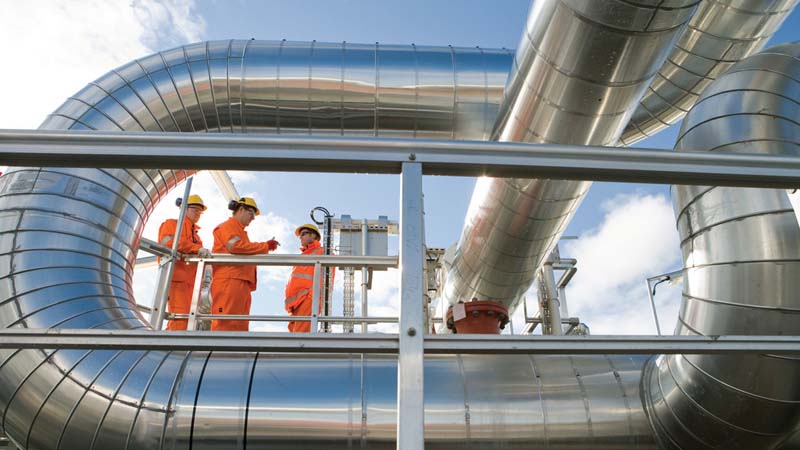 A cluster of energy-intensive sectors in north-east England set out a vision on Wednesday to expand the region’s industrial base and cut carbon emissions.

Manufacturers of everything from steel to fertiliser are bidding to build a network capturing sky-bound CO2 from industrial processes and send it below the North Sea.

The Teesside Collective envisages sequestering a quarter of the emissions from Teesside, the UK’s most polluting location, starting in 2024. The plans could rescue 5,900 jobs that might otherwise be lost as the country shifts to a low carbon economy.

To curb global warming, greenhouse gases have to fall to net zero before 2100, according to the UN’s climate science panel, the IPCC.

And scientists estimate the cost of achieving that transition will more than double if carbon capture and storage (CCS) does not take off. 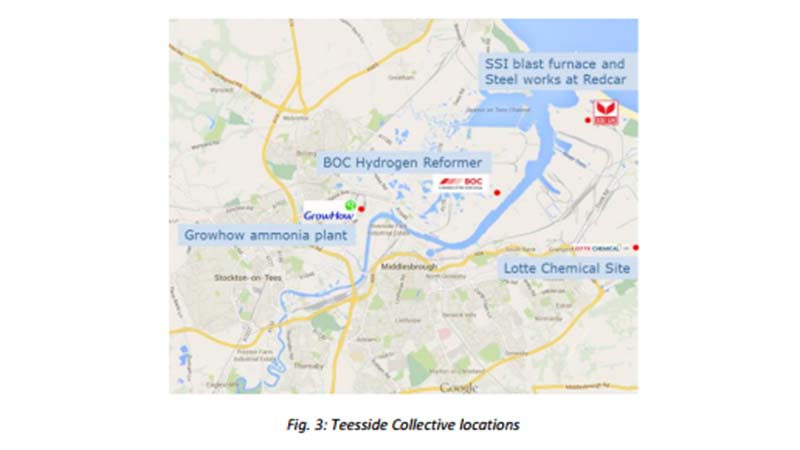 That means virtually eliminating fossil fuel use. But some industrial emissions are tough to avoid. CCS offers a way to stop them getting into the atmosphere.

Under the country’s 2008 climate change act, the UK targets emission cuts of 80% by 2050 from 1990 levels. The G7, of which the UK is a member, called in June for the “decarbonisation of the global economy over the course of the century”.

That gives rise to measures like carbon capture and storage (CCS), signalling a space for cement and steel producers, which release CO2 as part of the industrial process.

A UN commission has called for tax incentives for CCS as part of a global climate pact. But progress in developing the technology is glacial.

CCS comes with high up-front costs. This year, four European utilities abandoned projects for being too costly, while the US pulled the plug on the technology at a coal plant. At least 10 European plants had planned to begin storing CO2 this year, but as of March none had started according to the Guardian.

The UK government awarded £100 million of a £1 billion fund to Peterhead and White Rose projects this year.

The Teesside Collective, formed of SSI UK, GrowHow, Lotte Chemical UK and BOC, say its reference price for tonne of CO2 caught will be £95. That is on the basis it operates over 20 years and stores a total 56 million tonnes of carbon dioxide.

That could fall to £77 a tonne if captures more, as other plants join the network. Prices are much higher for Peterhead, which as a single gas plant can’t achieve the same economies of scale.

Dustin Benton, senior policy adviser at the Green Alliance think tank, called the price “relatively low for CCS”. The backing of major companies made it a “potentially attractive project,” he added.

Yet the price is far higher than the projected cost of allowances on the EU’s carbon market, suggesting the scheme would need targeted subsidy.

Report: Carbon capture technology could take off this decade

Unfortunately for those who work in Europe’s industrial hubs, that could be enough to make it more attractive to shift production abroad than comply.

If the UK government wants to meet its climate goals without creating mass unemployment, advocates argue, it needs to invest in CCS.

“Keeping high value jobs means cleaning up,” said Stuart Haszeldine, a professor in CCS at the University of Edinburgh.

Developing low-cost infrastructure to build on planned CCS projects was essential, said Matthew Bell, who heads the Committee on Climate Change, an independent adviser to the UK government.

At a launch in Westminster, Lord Bourne, energy and climate minister said the UK was “independently recognised as having one of the best policy environments for the developments of CCS”.

Michelle Hubert, head of energy and climate change at the Confederation of British Industry said the report signalled a “prosperous future for the UK’s energy-intensive industries”.