By 2025, US should channel 150 times more money into projects like flood defences for the world’s poor, Action Aid argues 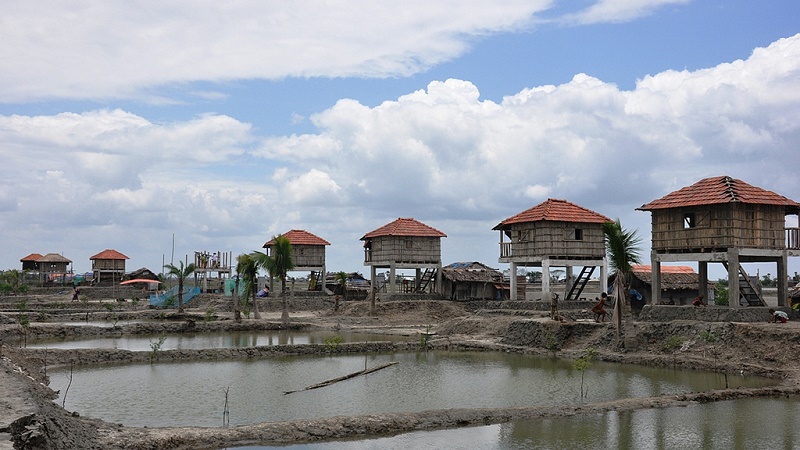 The United States should increase grants to protect the world’s poor from climate change 155 times by 2025, to US$67.5 billion a year.

That is its “fair share” of funding for measures like flood defences, drought-resistant seeds and cyclone shelters, according to Action Aid.

A global climate deal to be finalised in Paris next month must set a goal for adaptation finance, it argued in a report on Tuesday.

Brandon Wu, climate finance expert at the Johannesburg-based charity, said: “Up to now, rich nations have been sitting around plucking numbers out of thin air to pretend to deal with the climate crisis.

“Meanwhile people in poor countries are already battling its vicious storms. This approach is no longer good enough.”

The UN estimates US$150 billion a year will be needed by 2025 across developing countries to guard against rising sea levels and weather extremes.

That is equivalent to 0.2% of industrialised countries’ GDP, Action Aid noted. NATO members commit to spending 2% of GDP on defence by comparison.

The charity argued industrialised countries should pay according to their wealth and historic greenhouse gas emissions, which worsened climate risks.

Its proposed “fair” split of the burden demands the largest scaling up from the US, which gave $0.44bn to climate adaptation in 2013.

It is set to be one of the most contentious topics at the Paris talks, with rich countries pushing back against cash demands.

“People in poor countries can’t just be left alone to face a crisis they did not cause,” said Wu.

“Adequate climate finance will be a key barometer of success for the world’s leaders at the climate summit in Paris next month.”

Rich nations have committed to mobilise $100bn a year by 2020. That is expected to cover support for low carbon development as well as adapting to climate impacts.

According to the OECD, $62bn flowed in 2014, showing “significant progress” towards that goal.

Independent experts disputed many of its assumptions, however, saying it should not count loans or finance from multilateral development banks.

By all accounts, the bulk of flows are going into carbon-cutting projects like wind farms rather than defences against climate disruption.

At the last round of interim climate talks in Bonn, the 134-strong G77 + China negotiating bloc called for stronger guarantees of support.

Countries like the US, meanwhile, argued emerging economies should start contributing to the pot.

China has shown willing with $3.1bn for a South-South fund. Others reject what they see as a way for the rich to duck their obligations.