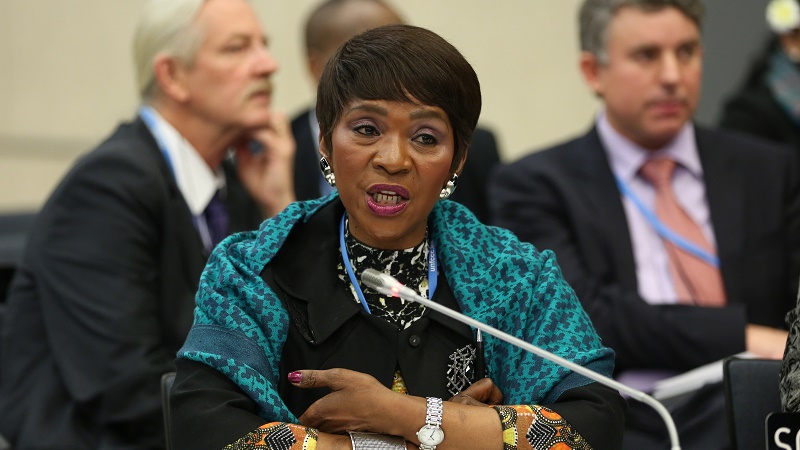 Faced with a common threat, the world’s developing countries are pulling together.

With eight weeks to go until a global climate pact is set to be signed off in Paris, the 134-strong G77 + China group of nations has regained a voice many thought had been silenced.

The reason? Finance. Or lack of it, from their perspective.

They contend proposals for a UN deal are not specific enough on the levels of funding poorer countries will get to green their economies and adapt to global warming impacts.

“It’s a matter of life or death… and we are dead serious,” ambassador Joyce Mxakato-Diseko, the South African official who chairs the G77, told media in a briefing on Thursday.

“As a matter of urgency we need finance both now and far into the future. Paris will succeed on whether this is part of the core agreement in Paris.”

Such is the strength of feeling among developing countries they took the unprecedented step of emailing journalists in Bonn to ask them to report fairly on this issue.

The numbers initially appear simple. In 2009, rich countries committed to raise US$100 billion of climate finance a year from public and private sectors by 2020.

According to a recent report by the Paris-based OECD, $62.8 billion was mobilised in 2014 from a sources including government funds, multilateral development banks and the private sector.

Even China announced last month it would chip in, with a $3.1 billion pledge.

These figures were greeted by the World Bank, IMF and head of the UN climate convention Christiana Figueres as proof money was flowing.

The G77 disagrees. “No mandate was given to the OECD,” said Mxakato-Diseko, arguing it had included forms of finance such as development aid that should not have been counted.

It’s a view backed by one of her key allies in the G77, the least developed countries grouping, led by Angolan diplomat Giza Gaspar Martins.

“There are serious and valid concerns over the way that $62 billion figure was arrived at. It accounts for credit guarantees, loans that have to be repaid,” he said.

It’s a debate that cuts to the heart of these talks. Developing countries want a legally binding target for long term funding to come out of Paris.

Envoys for developed countries Climate Home has spoken to in Bonn tend to disagree, saying billions could be leveraged from the private sector in the event of a Paris deal.

Under a G77 proposal released this week, developing countries would get to determine what money flowed where.

These would, the formula states, be scaled up from a floor of US$100 billion per year from 2020 “in line with needs and priorities identified by developing country Parties”.

This is significantly different to a plan from the US, Australia, New Zealand and Russia.

“Over time, finance flows should be consistent with the transformation to low-emission and climate resilient societies and economies,” it says.

Report: What game theorists predict for a Paris climate deal

The two texts on offer are light years apart, but leading G77 members say they will not back down on their demand.

“We are going to adopt a durable agreement and we should recall that finance is key. We are not involved in a process that will simply reiterate what we have already agreed,” he said.

Many NGOs following these talks agree.

Li Shuo, senior campaigner from Greenpeace said the provision of specific financial support would re-inject “ambition and balance” to the process.

ActionAid highlighted the importance of money for adaptation to impacts like flooding and drought. With the latest carbon-cutting commitments not enough to limit warming to 2C, the agreed goal, concerns are increasing for the world’s poor.

“The current climate talks are reflecting the contrasting order of priority of issues between developed and developing nations,” said the charity’s Harjeet Singh. “Rich nations need to recognise the crisis is here and now.”

Still, as Jake Schmidt, head of international climate at the US-based NRDC pointed out, the US version would allow them to get the text through without the need of approval from Congress. Any specific figure could trigger a call for ratification from lawmakers.

Apples, apartheid and surgery: The pick of climate analogies

As talks near the crunch point, negotiators are ramping up the rhetoric.

Earlier this week Mxakato-Diseko said the talks had echoes of apartheid, given the treatment of poorer nations.

Today she elaborated on that theme, suggesting that despite economic progress across the world, the old industrialised powers still want to maintain control.

“If the world had changed we would all be permanent members of the UN Security Council with veto powers,” she said.

It was a rebuke to rich world expectations that emerging economies increasingly take responsibility for carbon cuts and finance.

Under her leadership, the G77 resurgence has sent shockwaves through the international process at a time when plans for Paris are delicately balanced.

Boasting over two-thirds of the 195 countries participating in UN climate negotiations, it has always had a numerical advantage. But since the 2009 Copenhagen climate summit, ties bonding the group together have become frayed.

In 2011, small island states and the least developed countries formed a loose alliance with the EU to drive through plans for a 2015 global deal, in the face of initial opposition from India, Bolivia and Venezuela.

Those days have passed.

“The nature of the text that was put before us to be the basis for further negotiations was too far of a departure for any of the fundamentals around which developing countries coals around,” said Gaspar Martins.

“There was a need to restore some balance in these negotiations – and that is certainly reflected in finance – fundamentally developing countries are united in terms of the approach we should be taking.”