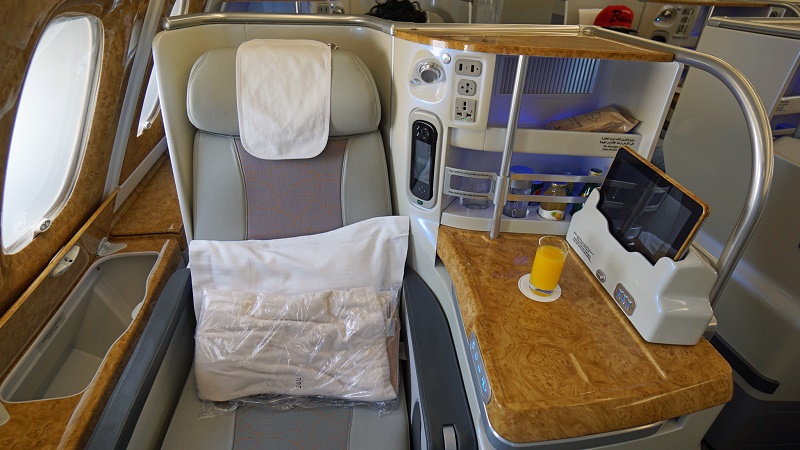 Air travel should be taxed to protect the world’s vulnerable from drought, flooding and sea level rise.

A €180 (US$196) levy on business class tickets and €20 on economy class would raise the estimated €150 billion a year needed for climate adaptation.

That is one proposal by French economists Lucas Chancel and Thomas Piketty to address global inequalities between high-polluting individuals and the victims of climate change.

“A tax on air tickets to finance development programs already exists in some countries. What we need is to increase its level and generalise it.”

Report: Airlines commit to climate action ahead of Paris

Piketty – author of Capital, a bestseller on wealth inequality – and Chancel outline huge disparities in people’s carbon footprints across the world. One tenth of people are responsible for 45% of global emissions.

“Economic inequalities are reaching record high levels and reducing them constitutes a key challenge to policymakers in the coming decades,” said Chancel.

“It’s the same thing with carbon: another huge challenge that puts our societies at risk. If we fail to address both, are societies can collapse.”

Increasingly, they say, inequalities within national borders are more important than those between countries.

The richest 1% in America, Luxembourg and Saudi Arabia emit 200+ tonnes of CO2 equivalent a year, more than 25 times the global average. The poorest in Mozambique, Rwanda and Malawi are responsible for around 0.1t CO2e.

But in between, a privileged elite in emerging economies is starting to outstrip working class Europeans.

Even in Tanzania, classed as one of the world’s least developed countries, the richest 1% emit as much as the global average – and the same as the second poorest decile in France.

Meanwhile, there is a persistent shortage of finance for measures like drought-resistant seeds and flood defences to shield those endangered by carbon profligacy.

Just 16% of climate finance in 2013/14 went to adaptation, the OECD estimates, with the rest going to low carbon projects.

The report suggests ways to close the gap, arguing it shouldn’t continue to rest on EU funds, given the growing emissions of China’s upper class.

In one scenario, all above-average emitters are taxed on carbon above that average threshold. That implies North Americans contribute 36%, Europeans 20% and Chinese people 15%.

In another, only the 1% pay. That skews the distribution way over to North America, which coughs up 57% of the total.

An airline levy is mooted as a proxy for privilege. It “might be easier to implement but less well targeted at top emitters” than other options, the report says.