What game theorists predict for a Paris climate deal 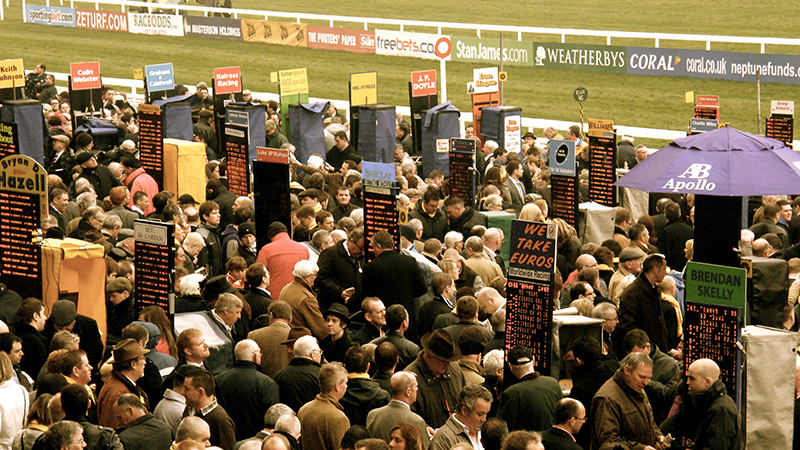 Everyone likes a flutter, but are you on the money when it comes to a Paris accord?

Listen in: some old tipsters have whispered their prediction ahead of this December’s UN climate summit.

Social scientists have forecast where 195 countries are likely to end up after two weeks of hard bargaining.

Grounded in game theory and not gut feeling, Frans Stokman and Robert Thomson hold “cautious optimism” a global warming treaty will be agreed.

Their results have some bad news for vulnerable countries. Compensation for extreme weather events is expected to get just a fleeting mention, traded off for an expanded US$350 billion of annual climate finance by 2030.

Countries will agree national pledges can’t be later scaled back, though nothing will bind them to deepening carbon cuts to avoid catastrophic warming.

The game theorists are worth paying attention to: the University of Groningen’s Stokman got it pretty much bang on in at the ill-starred Copenhagen summit in 2009.

He forecast a weak, voluntary agreement which slightly deepened pledges made under the Kyoto Protocol, and a limited adaptation fund.

This time round, he and Strathclyde University’s Thomson name 13 sticking points to a new deal, from a mechanism to beef up carbon cuts over time to compensation cash for collateral damage from extreme weather.

But three classic issues will determine success or failure, they write.

Those are how national emissions targets are assessed, how great a burden poor countries must bear, and who pays for adaptation to climate impacts.

Countries are divided into 15 influential actors. The US, China and EU go it alone; while others fall into their negotiating blocs, such as African countries or low-lying island states. 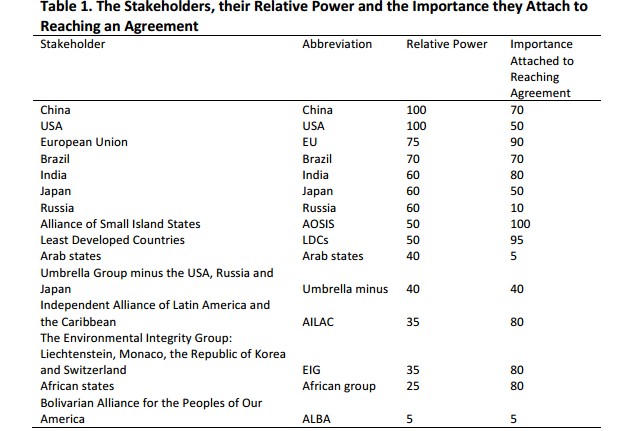 No self-interested actor will do intentional harm to itself. So the pact must not be perceived against their interests or you get Copenhagen mark 2.

The academics then determine where actors can make concessions to secure wins on other points over a series of rounds, which might resemble negotiating days. 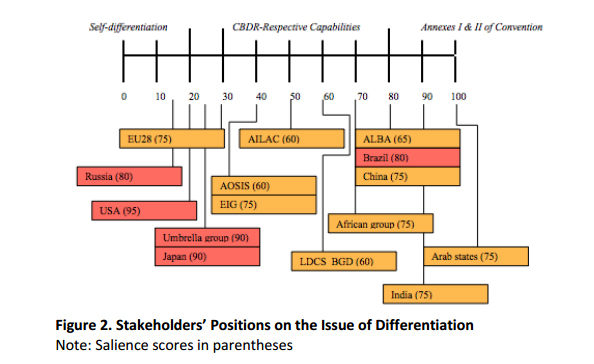 On differentiation – to what degree should developing countries share the burden for climate change, Arab States fervently want to maintain a 1992 firewall (annexes) separating rich and poor countries. The EU, US and Russia strongly advocate all countries to share more of the burden, in line with national circumstances.

Socialist Latin American states can bend on the legally-binding nature of a deal, but won’t be roped into giving other poor countries climate finance, to give an example.

Provided actors are willing to make trade-offs across all issues, and that’s the big unknown, convergence is in reach. 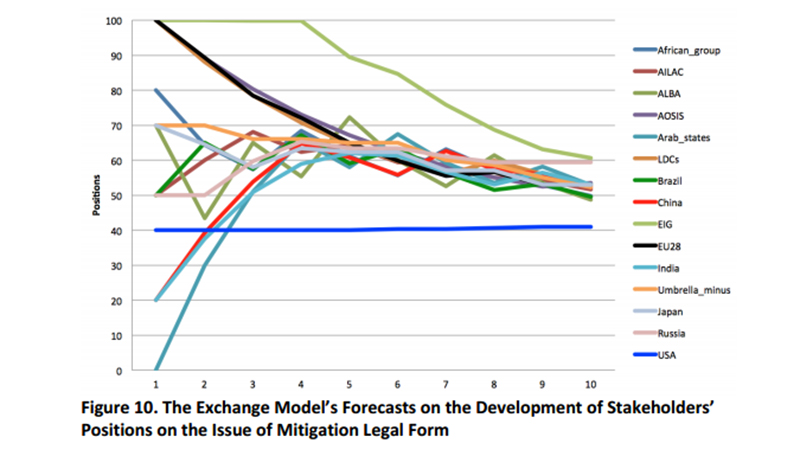 The US and EU, ALBA actors have the most extreme positions on whether a pact should be legally binding or not. After several rounds, countries converge around position 50-60 on the scale, denoting “binding agreement plus obligation to have a (nonbinding) country-specific target (INDC)

If single issues were to be carved off however, for example Pacific islands hold talks to ransom unless strong language emerges on climate compensation, that would make a pact a whole lot harder, they say.

Brazil and China are the ones that stand most to lose moreover, and so must be given certain concessions to not derail an agreement.

Here’s the language they think negotiations will arrive at on different issues. Warning: this bit gets technical.

Common but differentiated responsibility in light of national circumstances

Monitoring, reporting and verification (MRV): International consultation and analysis with some aspects of international assessment and review

Financing: 50% or more of total reserved for adaptation

Loss and damage: Reference in preamble of text only

Some degree of contributions from developing countries

Amount: Approximately $350 billion a year by 2030 from public and private sources

5-year reviews: No scaling back pledges (backsliding) with possibility of non-binding progression (mechanism to deepen pledges at 5-year intervals)

To bolster the case, the study is part of a larger research project to predict Paris.

They get similar results to the game theory model, with some differences.

Loss and damage: A separate chapter with little substance was the preferred option (32%)

Who pays for climate finance: Developed countries required to contribute and developing ones invited to do so (66%)

“After the conference has been held, we intend to return to our forecasts to assess their accuracy and usefulness,” Stokman and Thomson conclude.