ExxonMobil, Shell and BP’s bullish energy use projections are based on dodgy assumptions, say analysts at Carbon Tracker 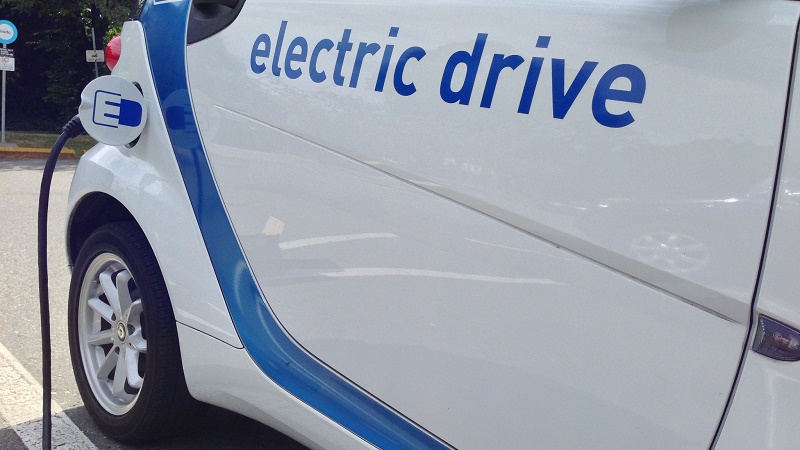 If electric cars take off, it will slash demand for petrol (Pic: Flickr/Paul Krueger)

In a hard-hitting report, the Carbon Tracker Initiative trashed the business-as-usual assumptions relied on by fossil fuel majors.

They are ignoring “huge potential” to slash dirty energy demand in line with efforts to hold global warming to 2C, the think tank said.

“Why should investors accept their claims about future coal and oil demand when they clearly don’t stack up with technology and policy developments?” he asked.

“Investors need to challenge companies who are ignoring the demand destruction that the market sees coming through much sooner than the business-as-usual scenarios being cited by the industry. Otherwise they will be on the wrong side of the energy revolution.”

Their scenarios are generally consistent with 4-6C of global temperature rise, a level scientists say will trigger catastrophic impacts.

All combine bullish forecasts for population growth and economic growth with conservative views on the potential for energy efficiency and low carbon technology.

These are not borne out by the latest trends, analysts argued, and could lead the industry to invest in costly and unnecessary new resources. 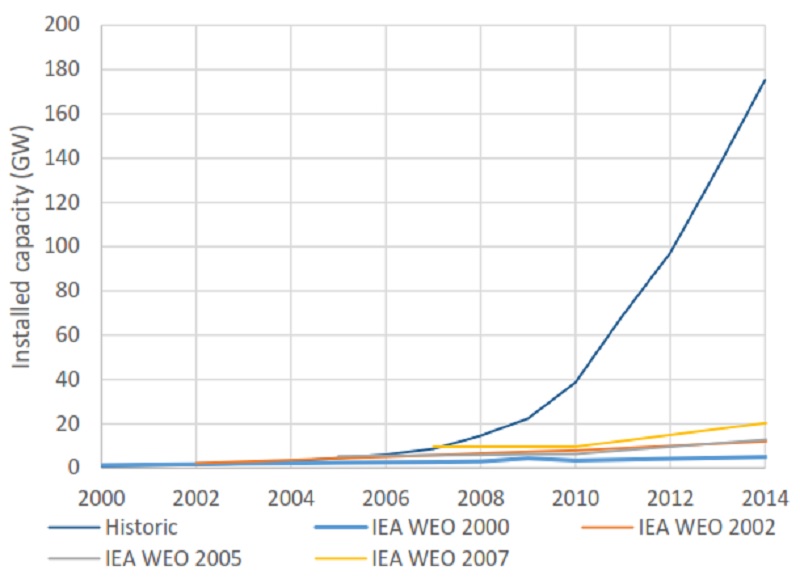 The IEA failed to predict the recent solar boom. As for the next big thing, household batteries to manage intermittent sun and wind power generation, Tesla is bringing costs down ahead of expectations. Electric vehicles could also take off rapidly, by some calculations, undermining demand for petrol.

Carbon Tracker senior analyst and co-author Luke Sussams said: “The incumbents are taking the easy way out by exclusively looking at incremental changes to the energy mix which they can adapt to slowly.

“The real threat lies in the potential for low-carbon technologies to combine and transform society’s relationship with energy. This is currently being overlooked by big oil, coal and gas.” 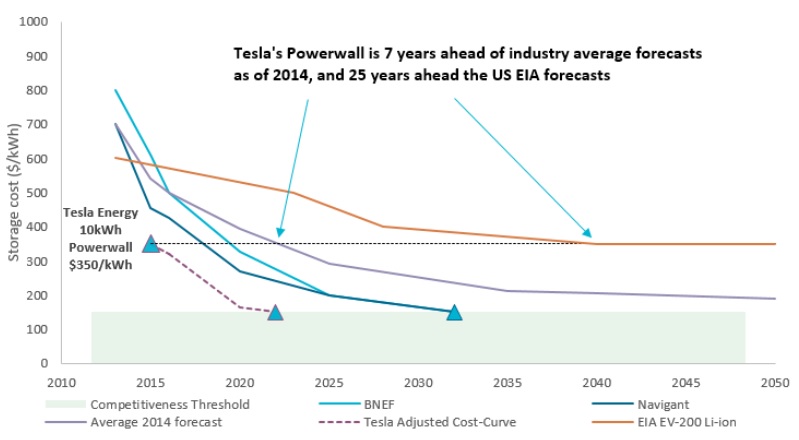 Equally, the sector may be underestimating the political will to curb climate change.

More than 150 countries have submitted climate pledges towards a UN deal to be finalised in Paris this December. As the most up-to-date commitments, these would be “a sensible reference point to build into planning,” the report said.

Yet collectively, the pledges imply CO2 savings of up to 100 gigatonnes compared to energy company forecasts by 2030. That is roughly equivalent to ten years worth of China’s emissions, at current rates.

A Paris agreement is expected to drive further emissions cuts in future, to put the world on a 2C path.