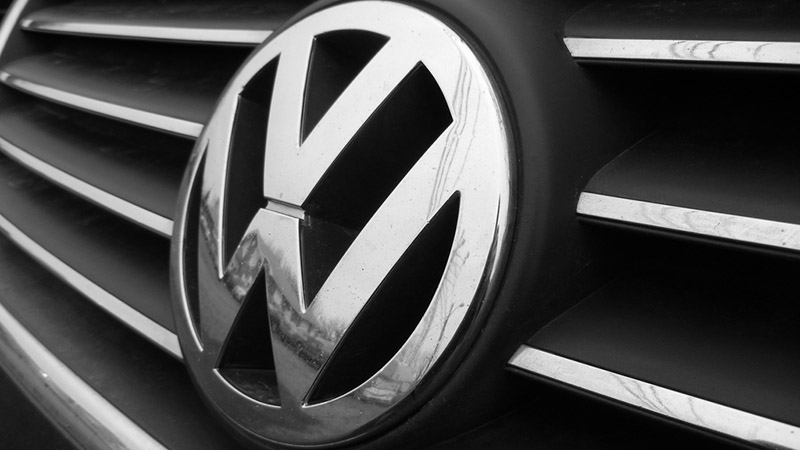 Big business are lining up to proclaim their commitment to a low carbon future in New York this week, the deluge of announcements clogging up media inboxes.

On Thursday oil giant Total became the latest to outline plans in a letter to the UN climate chief, setting aside $500 million a year for renewable energy investments.

According to Bloomberg the French company said it wanted to “take advantage of a fast growing renewable market.”

Shell is also primed to dip its toes back into the low carbon sector, allying with Statoil and BHP Billiton to launch what will be called the “Energy Transitions Commission.”

These follow moves this week from Goldman Sachs, Johnson & Johnson, Nike, Procter & Gamble, Salesforce, Starbucks and Walmart to target 100% use of renewable energy.

They join an impressive roster including IKEA, Nestle, Philips and Mars who have already signed up to the RE 100 initiative, a platform for multinationals to show off their green credentials.

“We believe that collaboration is important to accelerate and scale sustainable innovations that have potential to change the world,” said Nike’s chief operating officer Eric Sprunk.

Alex Gorsky, CEO of Johnson & Johnson, emphasised the core links RE 100 had with his business’ long term ambitions.

“Our mission is to help people live longer, healthier and happier lives. We understand the intrinsic link between a healthy environment and human health,” he said.

The role of business in ensuring a global climate change deal this December in Paris is a success is central to French government planning, one of the four “pillars” of a proposed deal.

For governments fearful of rolling out too many regulations, or powerless in the face of giant multinationals, signing up chief executives to a pact makes sense.

But the true scale of global businesses taking climate change seriously is still mixed, according to Malcolm Preston, sustainability leader at consultants PwC.

He led a survey of 90 companies from June-August this year, asking over 900 individuals how they felt the impending sustainable development goals  – due to be signed off at UN HQ this weekend – could affect their work.

Over 90% of those surveyed were aware of the SDGs, with just over 50% working on plans for how the targets – which include climate, energy, education and health – will affect their business.

But while many businesses he deals with are focused on specific projects and initiatives that embrace sustainability, few are looking at the bigger picture.

“What I’m seeing less of is companies seeing the impact of their entire operation up and down the supply chain,” he says.

This comes across in the survey figures. Only 13% of businesses have identified how they can adapt to work with the SDGs, while less than 30% are setting goals. 22% say they are doing nothing right now.

The torrent of positive publicity surging from New York might suggest there isn’t a problem with getting business on board with the climate agenda.

What Preston says is needed is a deeper look by business at how their core operations can be analysed, tweaked and improved to become more resource efficient.

“There is a lot of low hanging fruit… efficiency, reorganising, rethinking design, manufacture, the way you engage with consumers… all up and down the value chain,” he says.

One company that until last week promoted its “cleaner, greener” driving was Volkswagen, which keenly pushed BlueMotion technologies that reduced “harmful emissions”.

On September 11 it also came top on the Down Jones Sustainability Indices, a fact it proudly advertises on its website. 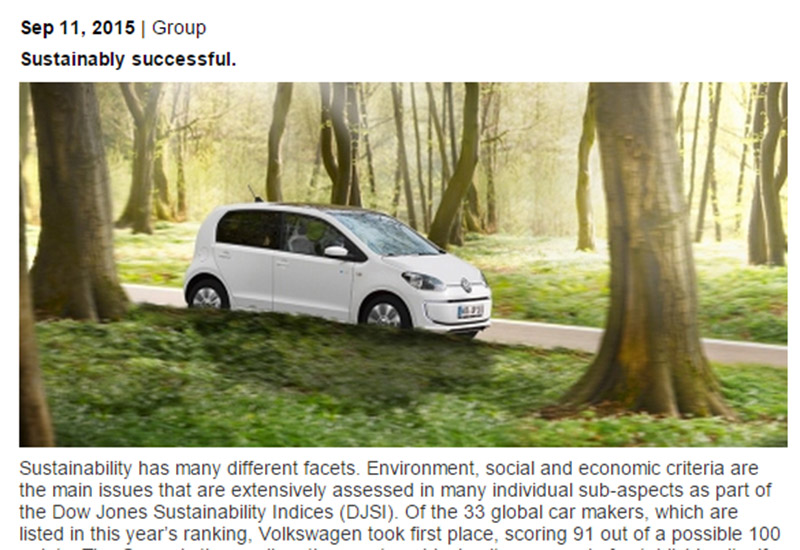 Now it’s fighting for its reputation after an emissions dodging scandal that has seen its share price crash and CEO resign. Worse could follow as other governments launch their own investigations.

The VW example is one reason why many will be suspicious when big business – and especially Shell in its new transitions venture – says it is fully committed to a cleaner future.

“Volkswagen has just shown how fossil-fuel based industry can show government a clean tailpipe when it has to, but under the bonnet, there is still a polluting oil-based engine revving away,” says James Leaton, head of research at the Carbon Tracker Institute.

“Shell can tour round governments putting on a show, but unless it changes where its capital is going it is hard to take it seriously.”

While declining to discuss the intricacies of the VW case, Preston says there are wider lessons to be drawn from its troubles, and stresses that deep change – while difficult – is possible.

Number one is to get buy-in from the top. A committed CEO – like Unilever’s Paul Polman – changes the dynamics of a transformation, he says.

But as important is the need to communicate change through all levels of a business, from board to shop floor assistants.

Without this level of staff engagement, many targets are likely to have a superficial impact, and as VW has found, could rebound badly.

“You have to align corporate culture and performance metrics with the corporate goals,” he says.

“We have seen similar sort of issues in the financial services industry where for some reasons some individuals have made decisions that are hard to understand.

“When Marks and Spencer launched Plan B you could go to any staff – they all knew about it and knew it was a good thing. That sort of culture is imbued into their people.”