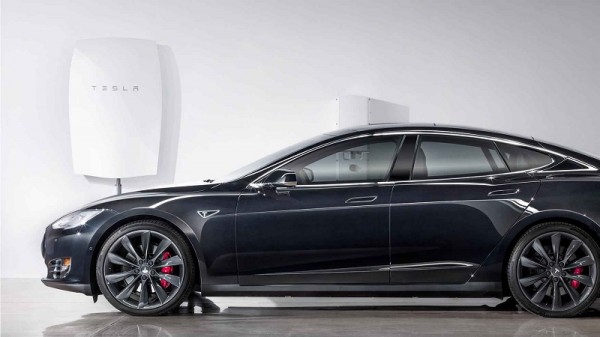 1kWh of storage can run a washing machine once or boil a kettle 10 times (Pic: Tesla)

Electric carmaker Tesla has unveiled a battery that can store solar power and provide backup capacity to homes and businesses.

The rechargeable lithium-ion battery can also charge overnight when electricity prices are low and release it as needed during the day.

Priced at US$3,500 for a 10kWh unit, the hotly anticipated product is seen as a breakthrough in energy storage technology.

Launching the Powerwall system, chief executive Elon Musk said it represented “a fundamental transformation of how the world works and how energy is delivered”.

While it is early days for distributed energy storage, the prospect of competitively priced technology threatens the dominance of conventional power utilities.

Catherine Mitchell, energy policy professor at the University of Exeter, said fossil fuel generators were already suffering from a renewables boom in countries like Denmark and Germany.

Storage would further undermine the case for traditional large-scale power plants, she said.

“The question is no longer whether decentralisation will happen within the energy system, but when the tipping point will be.

“Increasingly we are seeing a move away from big, centralised power infrastructure towards a decentralised system in which interconnectors and smarter, more flexible distribution grids play a bigger role.”