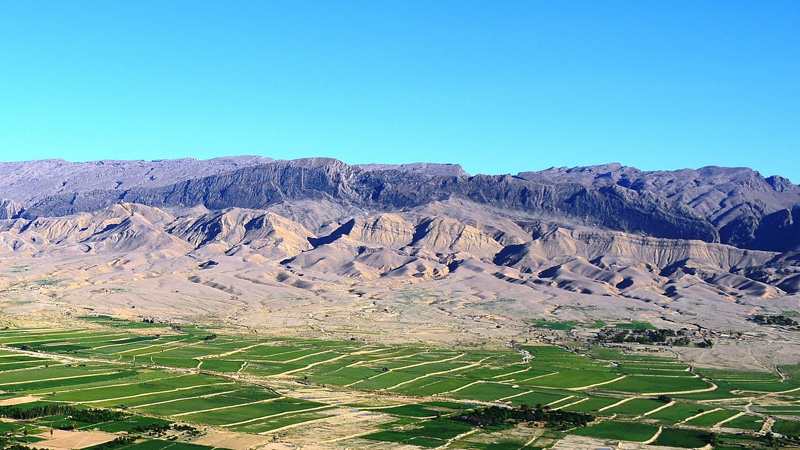 Lambasting the inaction of national and provincial authorities, Judge Syed Mansoor Ali Shah said there had been “no progress on the ground” despite a National Climate Change Policy since 2012 and an implementation framework on the books.

In his September 14 judgement Shah ordered the establishment of a national Climate Change Commission (with named members) with a clear remit to ensure effective implementation, along with a number of other practical institutional measures.

The case against the Pakistani government had been brought to Lahore High Court’s Green Bench by an individual petitioner, Asghar Leghari.

Report: Around the world in 5 climate change lawsuits

Using public interest litigation (PIL), Leghari who relies on agriculture for a living, charged the government and relevant authorities with failing him as a citizen.

He accused them of failing to develop the required resilience to climate change as required under the government’s own framework for implementation of National Climate Change Policy 2013.

And he highlighted the many serious threats to Pakistan as a consequence of climate change – in particular water security and food security as being the most immediate.

Shah also faulted the government for ignoring its own timetable for implementing priority actions, and making no effort to develop adaptive capacity and resilience to climate change.

Justice Shah, who describes himself as pro-poor and pro-development agreed with the case presented and concluded “the most serious threat faced by Pakistan is that of climate change”.

His court order stated, “For Pakistan, climate change is no longer a distant threat – we are already feeling and experiencing its impacts across the country and the region. The country experienced devastating floods during the last three years. These changes come with far reaching consequences and real economic costs.”

The judge ordered all of the federal government’s main ministries – from the Cabinet to Foreign Affairs, Finance, Revenue, Planning and Development to the ministries for climate change, food security, water, power and disaster management – to appear before him and explain themselves.

A similar order was issued to all relevant provincial level authorities.

In a bold move, the entirety of Pakistan’s civilian government with responsibility for climate change-related impacts was hauled before his bench. In what must count as a miracle of judicial efficiency this happened within one week of the judge having heard the case.

Within one month of having heard Ashgar Leghari’s case, Judge Shah had summoned all of the country’s main officials before him; appointed named climate change focal points for each government department; addressed individual capacity needs of departments; and appointed a named Climate Change Commission to ensure implementation the Pakistan’s climate change framework.

The Commission is now due to meet on October 1 and tasked with coming up with implementation targets by December.

In an interview with the author, Judge Shah emphasised the proceedings had not been adversarial.

His intention was not to “put officials on the mat” but to help them, he said. Senior government officials had admitted in court to receiving no response from ministries to requests on what action they had taken to implement the government’s own climate commitment.

He noted that many were “totally at sea” with “no idea what was going on or what climate change was”, and stressed the need for greater awareness raising and capacity building.

And he characterised the case as having “jump-started” the government’s climate change efforts at a time when they had been “totally dead”.

Using a human rights-centric approach invoking fundamental rights and constitutional duties, the judge had enforced within a month what others, including civil society and legislators, had failed to do for years.

The Leghari decision reveals the under-used power of the courts. Both the Leghari and the Urgenda case brought against the Dutch government were at the centre of discussions in London this week among eminent jurists on emerging climate change jurisprudence and adjudication.

The courts can bring remedies and will now increasingly be used to enforce political accountability and ensure climate justice. Litigation need not cost the earth.

The case probably cost less than a week’s stay in Bonn for Pakistan’s climate negotiators. Justice can also be swift. Judge Shah’s judgements were lightening swift by any standards and commendably pragmatic.

They set a model for fast track adjudication of climate change-related issues that are too often dismissed as too complicated for the courts to handle.

The Leghari case highlights a simple but fundamental truth – individuals can and do make a difference. The case was brought by one man and judged by one man. Each made history. The case now sets a new high water mark for climate adjudication.

As domestic commitments through INDCs (national action plans) are likely to be a key outcome of Paris, Leghari shows that no government should get a free pass. Citizens have rights and governments cannot make empty promises.

Bottom-up legal accountability through the courts could become a powerful enforcement mechanism. “Don’t tell me, show me” should become the new motto for domestic implementation secured through monitoring by active citizens. Leghari and Lahore have shown the way.

Malini Mehra is on the board of India Climate Dialogue