INTERVIEW: Pakistan to submit climate strategy to UN by September as country faces up to future weather extremes 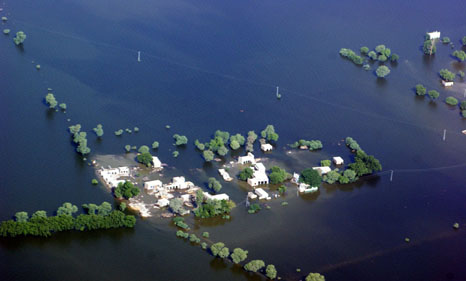 Flooding in Pakistan in 2010, the worst in the country’s history, affected 21 million people (Source: UN)

Pakistan is planning to submit its plans for tackling climate change to the United Nations by September this year as the country’s Ministry of Climate Change is finalising the INDC (intended nationally determined contributions) draft.

In an exclusive interview with the RTCC, federal minister for climate change Senator Mushahid Ullah Khan said that Pakistan’s INDC would mainly focus on mitigation and adaptation in six sectors including energy, transport, agriculture, forestry, industry and waste.

“How much will we mitigate and what will be our carbon emission level is still under consideration,” he said. “We will submit our INDC by September and reveal exact targets as soon as prime minister Nawaz Sharif approves the draft.”

The INDCs are the commitments that are required from more than 190 countries under the United Nations Framework Convention on Climate Change (UNFCCC) for addressing climate change beyond 2020. The proposals are intended to set the stage for the negotiation of a new global climate pact in Paris, in December 2015.

Climate tracker: Who has pledged what for Paris summit?

The minister said that Pakistan remains to be one of the most vulnerable countries to adverse impacts of the climate change like floods, droughts, climate and weather variability; therefore effective adaptation measures will also be part of the INDC.

“The biggest challenge for Pakistan is to ensure survival of floods and droughts affectees and traditional crop patterns,” he said, adding Pakistan is a glacier-fed country and it would be facing severe water shortages and flooding in the next 25 to 50 years.

Pakistan suffered over US$25 billion loss in economic damages to public infrastructure, agriculture, irrigation network, health and educational facilities from five consecutive floods since 2010, he said. “We now need over 35 billion dollars to recover these damages.”

The minister said Pakistan needs support of rich countries to cope with the adverse impacts of the climate change as the country requires US$10-15 billion annually to ensure mitigation and adaptation measures.

“We urge the developed countries that are in fact polluting the world through their industries to extend financial support to Pakistan besides transferring technology and capacity building in climate change related fields,” he said. 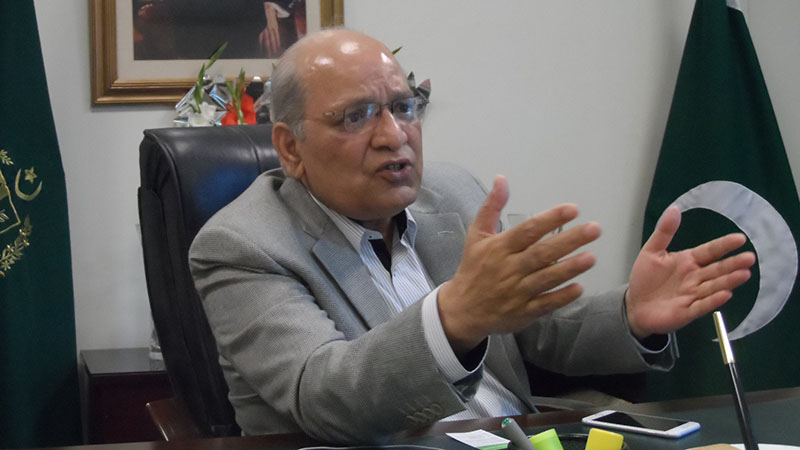 On the UN’s flagship Green Climate Fund, he said the prime minister has appointed his ministry as designated national authority for the fund and the process is underway to identify an Accredited National Implementing Entity (ANIE) to benefit from it.

Climate change is the biggest issue for Pakistan than terrorism and extremism as it has been wreaking havoc across the country on all sectors including agriculture, health, economy and infrastructure, he said.

“The adverse impacts of climate change create an immediate demand for relocation of resources to be spent on relief and rehabilitation instead of development,” he said.

The minister said that coal is not necessarily Pakistan’s energy future but the country has got a lot of its reserves that could be exploited for cheap energy generation.

“We think that coal can help us generate cheap energy but at the same time we are looking for investment in renewable energy sources like solar, wind and hydropower,” he said.

He said the developed countries should extend financial support to Pakistan to buy clean technology to be used in coal-powered generation plants or make direct investment in solar, wind and hydropower projects.

The climate change is also having direct impact on foreign investment as the country cannot provide investors with enabling environment due to looming threats of floods, droughts and water-shortages, he said.

“Pakistan may be losing billions of dollars foreign investment each year in different sectors only due to the climate change,” he said, “the rich countries should come forward to help Pakistan and other developing countries if they really want to deal with the menace of climate change.”

Prime Minister Nawaz Sharif has recently raised the status of the climate change division to a ministry, to deal with the threat and the minister also expects impressive increase in funds of the ministry in the annual budget to be announced in June this year.

“We are conducting an inclusive exercise of consultation with all relevant stakeholders to come up with some cogent recommendations; so that the ministry could meet the upcoming challenges of the climate change,” he said.