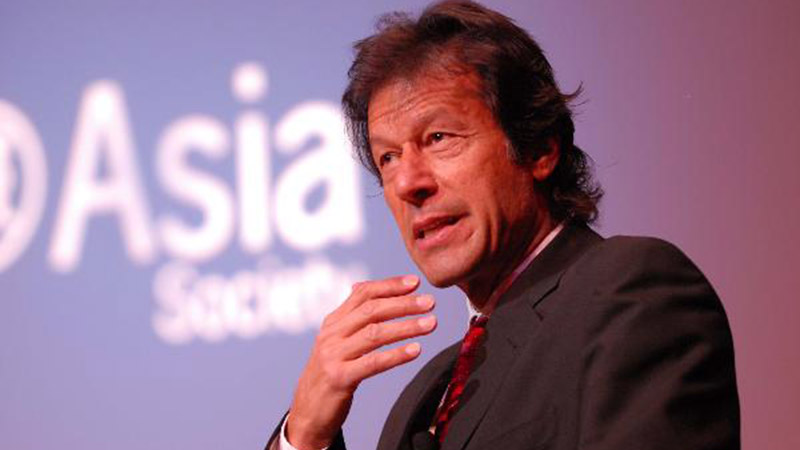 In an exclusive interview with RTCC, Khan praised the creation of a national climate change ministry, but questioned the level of support allocated to it by prime minister Nawaz Sharif’s administration.

“They (the federal government) need to back it up with supportive funding and capacity which are both missing,” he said. “The paltry funds allocated to the ministry of climate change this year are a joke.

“It actually shows the totally ridiculous and confused priorities of the government which is hell bent upon wasting public finances on extravagant schemes like green and yellow taxis, freebie laptops and building the Guinness world records for the most expensive metros in the world.”

Khan is chairman of the Pakistan Tehreek-e-Insaf (PTI) party, which governs the northwest Khyber Pakhtunkhwa province, and harbours ambitions to become the next prime minister of Pakistan.

The government’s priorities need to be redirected towards issues which are directly impacting people like climate change and not driven by the urge to feed what he described as corrupt mafias.

Instead, he suggested the government to focus on capitalising on the large renewable resources of green energy like hydro, solar, wind and nuclear to end energy crisis.

“In addition we need to reverse our fast depleting forest resources which we are doing in Khyber Pakhtunkhwa. All of this is sensible development for Pakistan and provides global climate mitigation measures for the world,” he said.

Pakistan is one of nearly 200 countries working on plans for a global climate deal, set to be signed off this year and come into force from 2020.

The government has yet to submit its contribution to this deal, and Khan stressed the need to emphasise how it is suffering what he termed “climate injustice” at the hands of rich and most-polluting countries.

“Rich countries should not only assist Pakistan in mitigation and adaptation efforts but also compensate us for the tremendous economic losses we face each year,” he said.

Adapting to climate change is an issue of life and death for Pakistan, he said, “we need to create a focused adaptation plan to deal with climate related disasters and also invest in climate resilient infrastructure development in the country.”

The country’s epic floods of 2010 led to the deaths of 1,985 people, displacing 18 million people and damaging 12 million homes.

This year a recent heat wave that hit the southern city of Karachi claimed the lives of 1,300 people, while a freak typhoon hit Peshawar, provincial capital of Khyber Pakhtunkhwa.

“We unfortunately do not have the luxury to waste time on our side as far as climate change is concerned. We in Pakistan are actually living through the age of urgent climate adaptation,” said Khan.

“We are facing its full impacts including the recent heat wave which turned the streets of Karachi into an oven and the spate of disastrous climate triggered mega-floods over the past few years.

“All of these are collectively and very unpredictably impacting our people and our agriculture which is not equipped to cope with these rapidly shifting weather patterns.”

According to Khan, the country’s economy faces costs of between US$6-10 billion per year to cope with investing in a new green energy system and prepare for floods, droughts and heatwaves.

His government in Khyber Pakhtunkhwa has made climate change a priority, he said, with the allocation of two billion rupees (around $20m) to focus on green initiatives.

“Our focus is on forestry, national parks, green energy development – all of which create natural climate mitigation and adaptation measures. In comparison, the Punjab government slashed their environment ministry budget by 75% from last year,” he said.

Projects include the “Billion Tree Tsunami” – which has been accepted under the global Bonn Challenge to slow deforestation rates.

It was not enough on its own, he acknowledged, but argued planting forests was the “easiest and most effective way” to deal with the challenge.

As for cricket, Khan dismissed suggestions the sport could suffer as a result of rising global temperatures.

“It’s the first time I am hearing of this impact but I feel Test cricket will find a way to adapt itself and survive,” he said.