Judges rule the Netherlands should deepen emissions cuts to at least 25% by 2020, in landmark legal decision 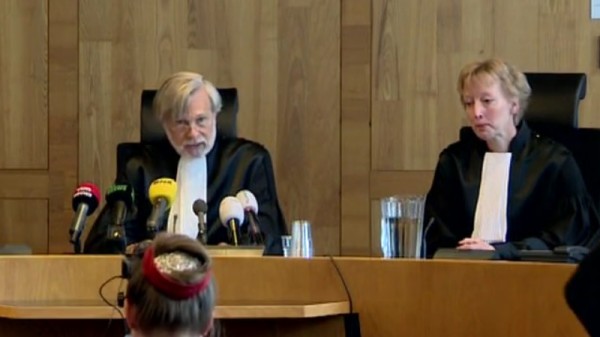 In a case brought by pressure group Urgenda, judges agreed the Dutch government should do more to combat the threat of climate change.

The low-lying country, which is particularly vulnerable to sea level rise, should slash emissions 25% from 1990 levels by 2020 under the ruling. The state was aiming for 17% and campaigners argued it should be up to 40%, in line with science. Europe-wide, the target is a 20% reduction.

The verdict read: “The State must do more to avert the imminent danger caused by climate change, also in view of its duty of care to protect and improve the living environment. The State is responsible for effectively controlling the Dutch emission levels.

“Moreover, the costs of the measures ordered by the court are not unacceptably high. Therefore, the State should not hide behind the argument that the solution to the global climate problem does not depend solely on Dutch efforts. Any reduction of emissions contributes to the prevention of dangerous climate change and as a developed country the Netherlands should take the lead in this.”

But the judges said they could only recommend a legal protection, not make policy. As a result, they limited their order to a 25% emissions cut, the lower end of the range asked for by Urgenda.

Climate campaigners cheered and hugged each other as the verdict was read out at a district court in the Hague on Wednesday morning.

Pictures say thousands of words! We, @urgenda , everyone in the Netherlands… won!! pic.twitter.com/2E633VQSWE

The decision can be appealed but with several political parties supporting stronger climate action, lawyer Dennis van Berkel told RTCC he thought the government would accept the verdict.

Campaigners are already preparing a similar lawsuit in Belgium and others could follow.

“The legal arguments that we used in the case – and that the court acknowledged exist – are not unique to the Netherlands,” van Berkel said. “All states have this legal obligation.

“Over the last couple of years, we have had a lot of reactions from people who have closely followed the case and are looking to take up this argument in their own countries.”

Earlier this year, legal experts from around the world adopted the Oslo Principles, which stress the obligation of states to act on climate change.

The ruling will also have an impact on UN climate talks in Paris this December, van Berkel said. “Negotiators now know that countries can be taken to court if they don’t agree to what is necessary to prevent dangerous climate change.”

Could it be that lawyers and judges will be able to achieve more for climate ambition than governments that are meant to represent people?

Marjan Minnesma, who started the case in 2013 backed by 900 Dutch citizens, said they were “overjoyed” by the result.

“This makes it crystal clear that climate change is a huge problem that needs to be dealt with much more effectively, and that states can no longer afford inaction,” she said.

“States are meant to protect their citizens, and if politicians will not do this of their own accord, then the courts are there to help.”

Other green groups hailed the outcome.

“This is a courageous and visionary ruling,” said James Thornton, CEO of ClientEarth.

“This result reshapes the playing field for legal action to protect people from climate change. The Dutch court’s ruling should encourage courts around the world to tackle climate change now.”

Wendel Trio, director of Climate Action Network Europe, said: “The verdict is a milestone in the history of climate legislation, because it is the first time that a government was ordered to raise its climate ambition by a court.

“We hope this kind of legal action will be replicated in Europe and around the world, pushing governments who are dragging their feet on climate action to scale up their efforts.”

Urgenda had argued that the Netherlands had slipped from being a leader to a laggard on climate change.

In 2013, renewables supplied 4.5% of energy demand, putting the country some way off its 14% 2020 target and behind its neighbours Germany and Denmark.

“What we are saying is that our government is co-creating a dangerous change in the world,” legal advisor Roger Cox from the firm Paulussen Advocaten told RTCC ahead of the verdict.

“We feel that there’s a shared responsibility for any country to do what is necessary in its own boundaries to mitigate GHG emissions as much as is needed.”