The Globe Climate Legislation Study was published in January 2013, focusing on 33 countries 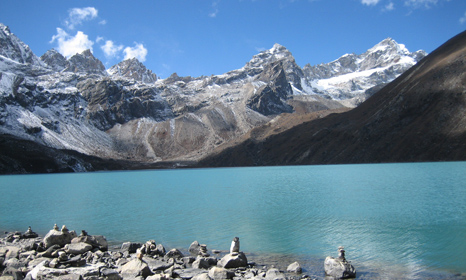 Visit the Globe International website to download a full report and access data from the other countries featured. Below are the highlights from the Australia section.

Pakistan is acutely vulnerable to the impacts of climate change.

With extreme weather events, particularly flooding and droughts, regular occurrences, and the productivity of agriculture at risk due to increasing desertification, increasing temperatures and loss of soil fertility, adapting to the impacts of climate change is a priority.

The major response so far has been the National Climate Change Policy (NCCP) that was developed by the Ministry of Environment and adopted by the Cabinet in September 2012.

The NCCP is aimed at helping Pakistan to achieve the development goals set out in the Planning Commission’s Vision 2030 document and identifies vulnerabilities in the sectors of water resources, agriculture, forests, coastal areas, biodiversity and vulnerable ecosystems.

However, this progress has seen a setback this year.  In June 2013, Ishaq Dar, the finance minister of Pakistan’s new government, announced in his budget speech a cut of over 62% in annual spending for Pakistan’s Ministry of Climate Change and it has also been downgraded from a Ministry to a division.

The moves, part of a wider cost-cutting strategy, have been strongly criticised by climate scientists, as well as organisations working to improve the country’s resilience to climate impacts.

It remains to be seen whether these cuts have impeded the efforts on ground to reduce the effects of this year’s monsoon season. 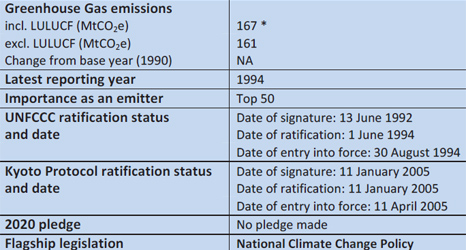 Political context
The legislative branch of the democratic Islamic federal republic of Pakistan is integrated by a bicameral parliament or Majlis‐e‐Shoora consisting of the Senate (100 seats; members indirectly elected by provincial assemblies and the territories’ representatives in the National Assembly to serve six‐year terms; one half are elected every three years) and the National Assembly (342 seats; 272 members elected by popular vote; 60 seats reserved for women; 10 seats reserved for non ‐ Muslims; members serve 5 ‐ year terms).

Vision 2030
The main focus of this Vision 2030 document is adaptation, in view of Pakistan’s high vulnerability to the impacts of climate change including, inter alia, degraded ecosystems and high levels of rural poverty, illiteracy and marginalisation of women. Nonetheless, mitigation measures for the sectors of energy efficiency and conservation, transport, forestry, industry, agriculture, livestock and town planning are also part of the Policy.

National Forest Policy/2010
This acknowledges the multiple functions of Pakistan’s forests, such as carbon storage for climate change mitigation. However, there is a particularly strong focus on forests’ role in mountains where they provide protection of soil from erosion and reduction of downstream siltation; and crucially, watershed protection. It also notes the potential of forests to support local livelihoods in terms of provision of non‐timber forest products (mushrooms, medicinal plants etc).

Pakistan has a wide range of legislation relating to climate and energy, in addition to those mentioned above. For a full list and more information visit the dedicated India page on the Globe website.