Mooted target to cut CO2 15% by 2030 is based on existing infrastructure projects and doesn’t raise ambition, say experts 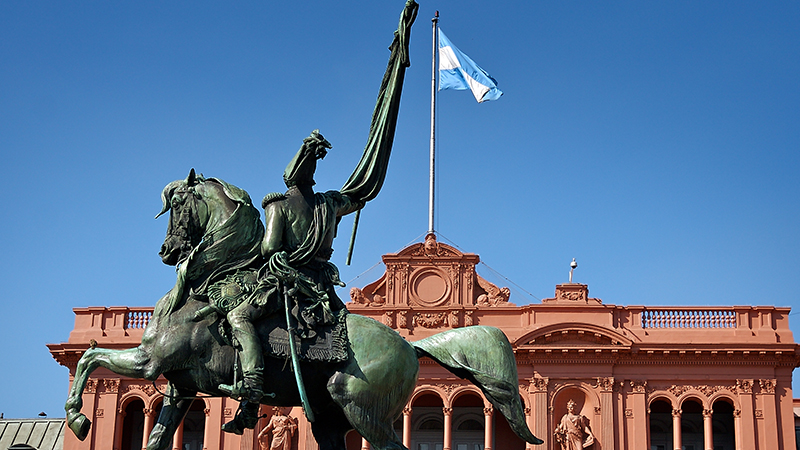 Argentina’s mooted contribution to a UN-backed global warming pact has been criticised as “weak” and lacking in vision by environmentalists, according to local news reports.

The South American country will likely pledge to reduce greenhouse gases by 15% within 15 years, Clarin, a leading daily reported on Sunday, citing an environment ministry meeting with NGOs and the private sector.

The proposal didn’t name a reference level for emissions cuts. They will probably be made against forecasts of future emissions growth, following the lead of Latin American pledges by Colombia, the Dominican Republic and several developing countries.

Report: Is Latin America on cusp of uniting before Paris summit?

The share of renewables in generating the country’s electricity could only account for 8% by 2030, the Buenos Aires-based daily reported. That is despite strong potential to roll out wind power in Patagonia and solar in the north-east of the country.

The country is one of the largest carbon polluters in the region, responsible for 0.88% of global emissions, while per capita emissions amount to about 10 tonnes of carbon dioxide a year.

A fossil fuel-dependent energy system and forest clearance for soy and cattle farming are behind relatively high emissions.

Total emissions could surge as much as 45% by 2020 on a decade earlier, according to Climate Action Tracker.

NGOs said the mitigation effort relied on long-proposed hydroelectric dams, including one named after late president Nestor Kirchner, which had limited potential to cut emissions and could release methane.

“Many of the projects accounted for purposes of mitigation are already underway,” said Juan Carlos Villalonga, president of the Environmental Protection Agency in capital Buenos Aires.

The environment ministry laid out plans to electricity railways with US$2 billion of Chinese loans, replace some petroleum usage with biofuels, boost energy efficiency and plant trees with foreign cash.

Analysis: What China’s investment binge in Latin America means for the climate

The draft proposals were “conservative” as the ministry had been “working against the clock”, noted Rocio Rodriguez of Herza Global, an environmental consultancy.

The government said it would meet a UN 1 October deadline for “intended nationally determined contributions” to a global pact, giving it two weeks to increase the draft cuts.

“There always exists the possibility of improvement. You aren’t going to present something that you can’t achieve,” said ministry official Juan Pablo Vismara.