Paris climate agreement can’t leave behind the most vulnerable

If politics of pollution continue to trump rights of those most exposed to climate change, UN summit could be explosive 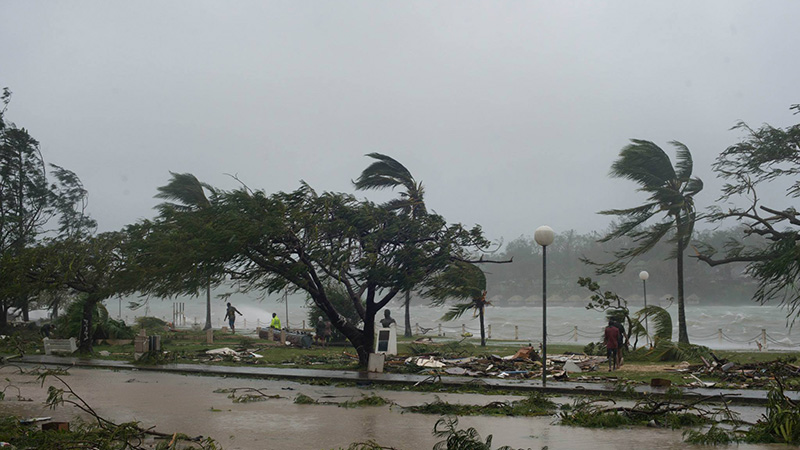 Time is fast ticking down to the Paris climate summit. Momentum towards a climate agreement in Paris is increasing, but a key stumbling block remains.

Disagreement over loss and damage – the worst impacts of climate change facing the most vulnerable – puts at risk a successful agreement in Paris.

Nor is it possible to adapt to your family’s farmland turning to desert. And one can never adapt to losing members of your family.

Nearly 5,000 people died in India and Pakistan in heatwaves this summer, and 1.3 million people in Myanmar have recently been displaced from record flooding.

Central America has spent roughly 10% of GDP recovering from disasters in the last decade, most of them related to climate. As climate change becomes worse more and more people will face loss and damage from climate change.

The draft Paris agreement (part one of the co-chairs’ “tool” released ahead of the August climate meeting) does not yet include any content on loss and damage.

Analysis: 9 things we learnt from the latest UN climate text

Instead the proposals by vulnerable countries have been sidelined and put at risk of falling off the table.

This is how the rich industrialised countries would like it to stay – a Paris climate change agreement that fails to address loss and damage at its core, but rather delegates it as a less important side issue, giving it less recognition, permanence and certainty.

Are we really willing to allow the politics of pollution to trump the rights of the most vulnerable?

The United Nations was established to respect the rights of all, not just the rich and powerful. The climate change agreement must be reached by consensus and must include the issues, concerns and interests of the most vulnerable.

Of the 195 countries that are party to the UNFCCC (United Nations Framework Convention on Climate Change), over 100 are highly vulnerable to the impacts of climate change.

Lessons from the past

For the least developed countries (49 countries) and the small island states (39 countries) loss and damage in the Paris Agreement is a ‘red line’.

The Copenhagen climate summit in 2009 demonstrated the danger of a powerful few trying to push their agenda through the UNFCCC.  Sidelining such an important issue as loss and damage could be equally as explosive at Paris.

It makes sense for the Paris 2015 climate agreement to comprehensively address loss and damage.

In the era of climate change, loss and damage is clearly upon us and it will only get worse.  How much worse depends upon ambition to reduce emissions and upon the finance made available to help poor countries adapt to climate change.

But even the highest ambition agreement in 2015 can’t prevent loss and damage – and at present we are on track for warming of far more than 1.5 degrees (current ambition has us exceeding 3 degrees).

Not dealing with loss and damage as a systematic, core part of the climate agreement is likely to lead to litigation.

As vulnerable people and states face devastating impacts of climate change without the support of the international community, they will have no choice but to address their grievances in the courts.  The laws to facilitate this are already in place.

Rich countries want to keep loss and damage out of the Paris agreement because they are worried about costs and liabilities.

But this concern is not a valid basis to exclude loss and damage from the Paris climate agreement.  Those who are most responsible for the climate pollution to date, have a responsibility to pay for the damages, known as the polluter pays principle.

Clearly, rich countries who developed using fossil fuels and polluting the atmosphere have a major responsibility.  So does the fossil fuel industry – responsible for two thirds of climate pollution.

There are alternative sources of finance that can be drawn upon – including a fossil fuel extraction levy – as proposed by the Carbon Levy Project – to ensure that the industry most responsible for climate change is made to pay for the worst impacts of it.

Starting at a low level, such a levy could easily raise $50bn a year initially and this could increase with time, until fossil fuels are phased out in the middle of the century.

Such a fossil fuel extraction levy could pay for a significant portion of the loss and damage needs, and thus puts paid to the objections of rich countries.

Some claim that we don’t need to deal with loss and damage at Paris – as the Warsaw International Mechanism for Loss and Damage has been established and is due to be reviewed in 2016.

However, despite being agreed nearly 2 years ago, this body has yet to make progress. Having met only three times it has not yet begun its two year work programme.

Its mandate is heavily contested, with some developed countries seeking to undermine the clear mandate it has to deal with finance. Some vulnerable countries are concerned the 2016 review is a thinly disguised attempt to review it out of existence.

Wael Hmaidan is international director at the Climate Action Network