Fierce temperatures in India doubled average heat-related deaths in May, govt insists natural causes are not to blame 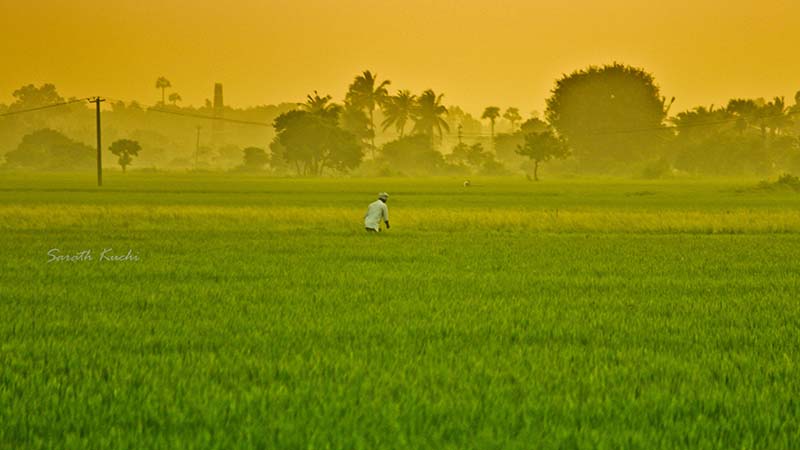 Sunrise on another baking hot day in southern India, where temperatures have reached 47°C this year (Flickr/ Sarath Kuchi)

India, one of the key players in the efforts to reach an international agreement on global warming, has no doubt of its malign effects. It was, says a government minister, the warming climate that caused last month’s devastating heatwave.

From mid-April till the end of May, nearly 2,200 people were killed by the heat − 1,636 of them in Andhra Pradesh, the worst-affected state. The normal May figure for the whole of India is about 1,000 heat-related deaths.

Launching a supercomputer at the National Centre for Medium Range Weather Forecasting to improve understanding of climatic changes, he said: “It’s not just another unusually hot summer − it is climate change.

“Let us not fool ourselves that there is no connection between the unusual number of deaths from the ongoing heatwave and the certainty of another failed monsoon.”

Dr Vardhan said that May’s heatwave, followed by the delay to the start of the monsoon, on which nearly half of India’s farmlands depend, was a definite manifestation of climate change.

Jejabba, a 63-year-old farmer in Andhra Pradesh state, was one of those who lost their lives because of this year’s scorching heat.

He took his cows out to graze in a mango grove near his house around 11am, but was tired and dehydrated when he returned home four hours later. After he began vomiting, and then fainted, he was rushed to the small government hospital 5km from his village, but died on the way.

“Summer is severe, and many people have been affected by the heatwave in our village,” says Jejabba’s distant cousin, Pindigi Ramamurthi, who runs a grain store in the village. “Just the previous day, we took our two children to hospital after they began vomiting. The doctor admitted them for a few hours to administer fluids, and luckily that revived them.”

Local officials recorded Jejabba as “the latest of the summer deaths”. But when his widow asked for compensation − the state government pays 100,000 rupees (US$1,570) to the family of a victim − the local panchayat (civic) official, who has to recommend the payment, told her she must get a certificate from the hospital doctor.

“The doctor told the family he could not give the certificate because Jejabba did not die in his hospital,” Ramamurthi recalls. “Why couldn’t the poor fellow have stayed alive just an hour or so longer till we reached the hospital? Now the widow must suffer this red tape.”

In parts of southern India, daytime temperatures reached between 45° and 47°C during this year’s heatwave − up to 7°C above normal.

Dr Srihari Rao, resident medical officer at the government general hospital in Tirupati, about 45km from Jejabba’s home, says: “In my 17 years of service, I have not come across such an alarming number of deaths due to a heatwave.

“Almost every day in May there was a death in the district from sunstroke. The majority of the dead were in the 65 to 80 age group, but there was also a case of a 19-year-old girl dying from dehydration.”

The Intergovernmental Panel on Climate Change reported last year that there would be significant changes in the frequency and intensity of extreme weather events, including heatwaves in India. Its report was based on weather records from 1906 to 2005.

Researchers at the India Meteorological Department, after conducting a study of heatwaves over the last 50 years, have called for public information campaigns to be launched on the dangers, and also stressed the importance of using social care networks to reach vulnerable sections of the population. −

Produced by the Climate News Network