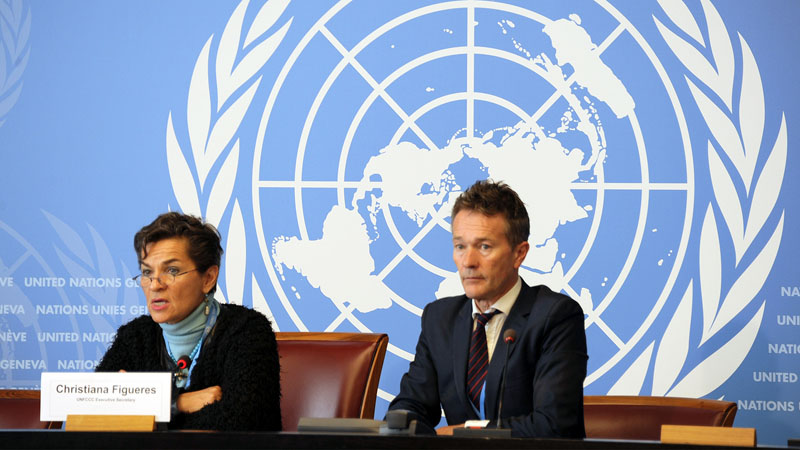 A fresh set of proposals for a 2015 climate deal have been released which UN officials say offers a “clearer picture” of a possible agreement, scheduled for later this year.

The 83-page text will be used by governments as they prepare for the final two sets of negotiations on a plan to slash greenhouse gas emissions and limit global warming.

“The document provides for the first time clarity on what could be contained within the emerging legal agreement in Paris,” the UN said in a statement.

“It also clarifies what decisions with immediate effect could be taken at the moment the agreement is adopted.”

Entitled a ‘non-paper illustrating possible elements of the Paris package’, the document offers an insight into what parts of a treaty could be enshrined in international law.

For instance, commitments to tackle global warming could be legally binding, but details on how countries would meet these goals could be in a separate agreement.

Some governments – notably the US – are wary of signing any document that means they will be bound into ever tighter emission cuts.

Jennifer Morgan from the World Resources Institute said the co-chairs had “cut through the clutter” and made the text more coherant.

“This streamlined agreement text gives delegates a strong foundation to advance the climate negotiations,” she said.

Another observer emailed RTCC questioning why the proposed agreement text contained no reference to human rights, indigenous rights or gender.

And while many will hail this new release as progress, it also illustrates just how much work is left for envoys.

Each page offers a multitude of options including queries over the use of the words ‘should, shall or may’ to describe any number of decisions.

An accompanying scenario note from the two co-chairs stressed how little time is left for outstanding problems to be resolved.

“It is thus crucial to make the best use of the very limited time available and to demonstrate flexibility regarding the mode of work,” they wrote.

“We invite all Parties to be available as early as possible for the pre-sessional consultations.”