What is loss and damage? How does it work? And why do poor countries care so much? 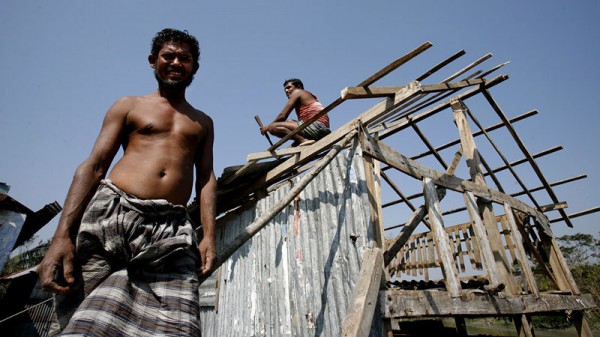 For many people this issue of ‘loss and damage’ seems to have come out of the blue and is still mired in confusion.

At the nineteenth Conference of Parties (COP19) of the United Nations Framework Convention on Climate Change (UNFCCC) held in Warsaw, Poland in December 2013, all parties agreed to set up a new Warsaw International Mechanism (WIM) on Loss and Damage with an Executive Committee and three year mandate to report back at COP22 in December 2016 (most likely to be held in Morocco).

I will attempt to provide some clarity as to its history, current status and future prospects from my perspective.

The very terms “loss and damage” are contested as to what they actually mean. As with many negotiated texts the words chosen and then agreed upon, are kept deliberately ambiguous in order for both sides of an argument to interpret them as they see fit.

Thus for many people these two words are euphemisms for “liability and compensation”.

Indeed several journalists covering the climate change negotiations have told me that their editors back home routinely change the words “loss and damage” to “liability and compensation” because they feel that what it is really about.

Nevertheless, having agreed the terms, it is now important that there be an agreed interpretation of what they mean. My own preferred interpretation is to consider “loss” to apply to the complete loss of something such as human lives, habitats and even species. These are lost forever and cannot be brought back once lost.

On the other hand “damage” would be used to refer to something that can be repaired, such as a road or building or embankment.

Thus loss and damage from climate change would refer to the complete and irrecoverable loss of some things and the repairable damage of other things due to the impacts of human induced climate change.

In a sense, the entire UNFCCC can be seen as treaty to avoid the loss and damage that will occur with increase in global temperature over coming decades.

The first and surest way to avoid such damages is to reduce the emissions of greenhouse gases through mitigation. Thus, by not emitting a ton of GHG the loss and damage associated with that ton is brought down to zero.

The other way of avoiding some (but not all) loss and damage is by taking adaptation measures in advance of the climatic impacts. Thus, good and effective adaptation can bring down losses and damages, but can not bring them down to zero. Hence loss and damage from climate change is sometimes considered the equivalent to “residual” losses after mitigation and adaptation.

For the next few years the world is still in  a position to avoid most of the catastrophic levels of loss and damage that would occur if the global temperature rises to above 4C (where it currently headed). Much of the potential loss and damage from the unavoidable and inevitable temperature rise over the next two decades or so, can also be avoided by taking effective adaptation measures in advance.

While the Warsaw decision was arrived at very recently, the topic of loss and damage is not new and it has a history both inside and outside the climate change context.

The longer history is outside the climate change context in that climatic events such as floods, cyclones, hurricanes , typhoons and droughts have been occurring for millennia and all countries suffer from them and consequently have developed mechanisms to assess loss and damage from such events after they occur and then take remedial measures.

Thus, every country already has in place a mechanism of some kind to deal with natural climatic events that cause loss and damage. This has to do with disaster management and also with disaster risk reduction.

In the climate change context, loss and damage from human induced climate change (to give it it’s full description) is also not very new, as the small island developing states negotiating under the Alliance of Small Island States (AOSIS) have been raising this issue for over twenty years from the very beginning of the UNFCCC negotiations.

At its most stark, this version of the problem raises the issue of the potential disappearance of member states of the UN, like Tuvalu and Kiribati, from the face of the earth as they go under water, from sea level rise caused by climate change over the next decades.

In the UNFCCC negotiations, for over twenty years the AOSIS Group raised the issue without getting any agreement to deal with it. Finally, a work programme on loss and damage was agreed under the Cancun Adaptation Agreement adopted in Cancun, Mexico at COP16 in 2010.

In other words, even though the WIM is a recent agreement the topic of Loss and damage has been under discussion (albeit without resolution) in the UNFCCC for over two decades.

One of the reasons for the lack of progress on the topic over the years under the UNFCCC has been the reluctance of the rich, Annex 1 countries to even allow any talk about it as they felt it was really about liability and compensation. These were taboo subjects as far as they were concerned.

It was only when the other vulnerable countries such as the Least Developed Countries (LDCs) and the Africa Group joined forces in support of AOSIS at COP16 in Cancun that the initial breakthrough was achieved to enable the topic to be explored.

In Warsaw at COP19 it was finally “un-tabooed” by the rich countries with the agreement of the WIM.

The Executive Committee of the WIM has met several times to develop their work plan to deliver advice to Parties at COP22 in 2016.

The work plan includes looking at evidence of both economic as well as non-economic loss and damage from future climate change, as well as both rapid onset climatic events, such as floods and hurricanes, as well as slow onset events such as droughts and sea level rise.

There is a great deal of scope for the scientific community working on this issue to explore the various kinds of loss and damage that can be expected in the future and come up with a way to deal with them.

One of the tools that are already available to deal with future loss and damage is insurance, where one pays a premium before an event occurs (for instance, a flood) and gets paid compensation only after the event occurs.

There are already a number of pilot schemes for Weather Index Based insurance (IBI) in different parts of the world including the Caribbean, Africa and Bangladesh.

There is much scope to explore these further and examine their usefulness as tools to deal with future human induced climate change related loss and damage.

Over the next few years there is a window of opportunity for scientists and governments to examine ways in which the inevitable future losses and damages caused by climate change can be handled, and an agreement forged in COP22 for a way to deal with them in a fair and just manner.

Saleem Huq is director of ICCCAD and senior fellow at IIED