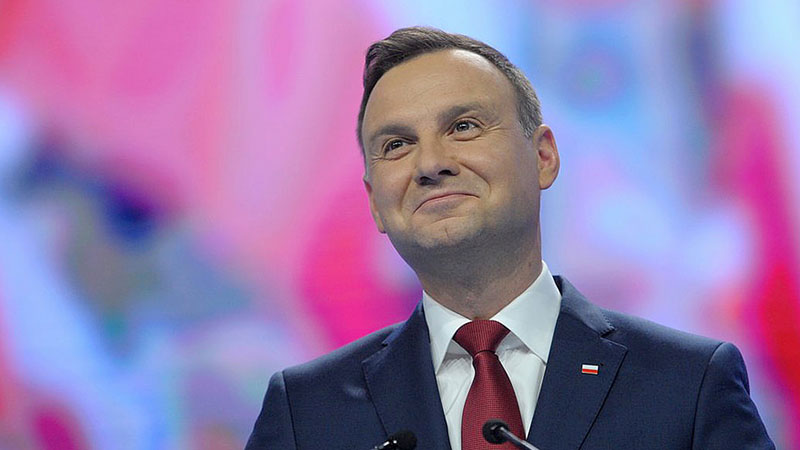 Poland’s newly appointed president says he is open to rethinking the country’s support for EU-wide climate policies, declaring carbon cutting plans “not in our interest”.

In an interview with Politico, Andrzej Duda said the October 2014 decision by the EU’s 28 member states to target 40% emission cuts on 1990 levels by 2030 was “bad for Poland’s direction”.

“Compared to the rest of Europe, we have enormous coal reserves and simply understood decarbonization is completely not in our interest,” he said.

Mooted EU plans to limit the extraction of shale gas were equally unacceptable, he added.

One Polish climate expert who did not want to be named described his comments as part of a “game” in the lead up to October’s general election.

“I personally don’t believe that’s something we should be truly afraid of. That’s rather a narrative that helps Duda’s Law & Justice party to gain miners’ votes and to differentiate themselves from the ruling party,” they said.

“Both the 2030 package and the Energy Union framework were endorsed by heads of state so all relevant issues that required unanimity are fixed now.”

According to Politico, Duda “waved off” a question on the wider impacts of temperature rises, responding: “Global warming, global warming.”

Duda, who won office in May, also claimed that EU climate regulations were more severe than in other parts of the world, naming the US, China and Brazil.

That was “simply unreasonable” and made the European economy uncompetitive, he argued.

In March, the US committed to carbon cuts of 26-28% by 2025 on 2005 levels. Earlier this month, president Barack Obama released final plans to slash pollution from power plants 32% by 2030, a move welcomed by Poland’s top climate envoy at the time.

#CleanPowerPlan is a small step towards changing energy mix in US but huge step in history of global climate talks. Congratulations! #COP21

Brazil, India and other emerging economies are expected to deliver their national climate plans by a 1 October deadline, after which the collective impact will be assessed by a UN panel.

A European Commission spokesperson had no comment to make on Duda’s remarks, but observed Poland was one of the signatories to last year’s EU-wide climate agreement.

“When it comes to the EU’s position and collective EU pledge to Paris (-40% GHG reduction by 2030 on 1990 basis) the European Council in October 2014 unanimously (Poland included) endorsed the target,” they told RTCC in an email.

“I think the EU is in the right path – we have been showing the way to others,” he said.

And while the EU as a whole will target a 40% cut, Poland’s emissions trajectory will not be as steep.

Many of the country’s heavy industries will also be relieved from the regional emissions trading scheme up to 2030 after a deal was reached to give them free allowances worth an estimated €11-16.5 billion.