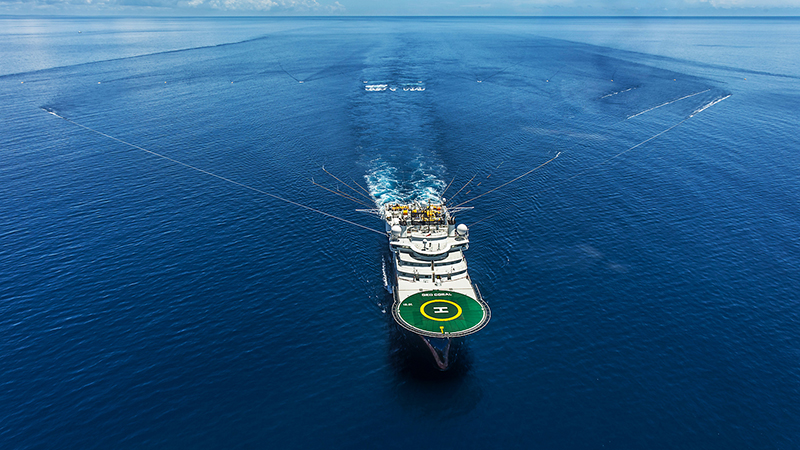 Europe’s top oil and gas majors are to reveal more on how they will contribute to a lower carbon future in October, shortly before countries meet to secure a UN climate pact.

A spokesperson for BG Group told RTCC chief executives from the Oil and Gas Climate Initiative would use a planned event to “announce next steps with regard to climate change solutions”.

The group includes Shell, BP and Total, three of the “big five” energy majors, along with Sinopec, Saudi Aramco, Pemex and ENI.

They will also report on collective efforts to cut emissions. “We [BG Group] do see ourselves as having a role and believe that the voice is business is critical, especially our sector,” the spokesperson added.

The planned event is the latest sign that some of the world’s top fossil fuel companies are seeking to position themselves as climate-friendly ahead of a proposed global deal in Paris later this year.

It will also highlight a growing divide between OGCI members and the US oil producers Chevron and ExxonMobil, which have been critical of efforts to roll out carbon pricing.

Nearly 200 countries are working to finalise the agreement by December. This could include a target to reduce global emissions to net zero by the end of the century, effectively ending the use of fossil fuels.

So far, 46 countries have submitted climate action plans, including the world’s top three polluters – China, the US and EU.

Top oil and gas producers have faced pressure in 2015 from a combination of tumbling oil prices and a divestment campaign pressuring investors to ditch fossil fuel assets.

Falling reserves have also hit the sector’s confidence. In 2014, the top oil and gas companies saw more than a billion barrels drop from their balance sheets.

Jonathan Grant, a director in PwC’s sustainability unit, said the recent surge of shareholder engagement on climate change “might have surprised” some energy companies.

“Carbon pricing is an obvious, safe place to focus as so many businesses agree with the need for one, and of course, it would impact more on coal than gas or oil,” he said.

Last September at a UN summit in New York, OGCI members pledged to work on energy efficiency of their operations, managing methane emissions from their operations and cutting excess gas flaring.

Last month the CEOs of BP, Shell, BG Group, ENI and Statoil offered to work with the UN to drive low carbon investments, saying they were “ready to play our part”.

“We believe our presence at the table could be helpful in designing an approach to carbon pricing that would be both practical and deliverable, as well as ambitious, efficient and effective,” they added.

In response, Christiana Figueres, head of the UN’s climate body, called for evidence of these long term plans and told the companies to quit lobbying against green regulations.

“I would call on you to ensure that henceforth your government engagement is clearly focused on the outcome you have sought in your letter to me,” she said.

“We look forward to working with governments on the development of clear, stable and long-term policy frameworks in which carbon pricing has a central role,” they said.

In an interview with the Guardian, Shell CEO Ben van Beurden hinted the company was reviewing its links with the US lobbying group ALEC, which is deeply hostile to new climate laws.

“Watch that space,” he said, adding there was a “massive amount of work going on based on the transition we see around the world.”

But he dismissed suggestions the company would imminently review plans to drill for hydrocarbons in the Arctic or its carbon intensive operations extracting oil from tar sands in Canada.

“The opening of the Artic is not our decision – it’s the US government’s,” he said.

Tom Delay, head of the UK’s green business advisory Carbon Trust and a former Shell official said oil majors were in a “strong position to offer support” but urged them to come up with more ambitious proposals than those on offer.

“A coalition has formed of those who feel  – we need to be honest  upfront and we’ll get credit for that if we’re transparent,” he said.

“[But] if [climate change] is really existential then should you not be investing more in carbon capture and storage from your balance sheet?”