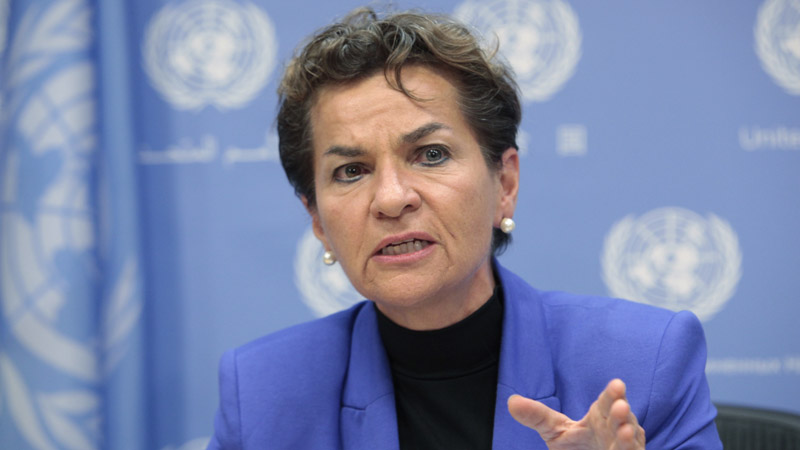 The UN’s top climate official has called on oil and gas companies to quit lobbying against efforts to tackle global warming.

In a letter to the CEOs of Shell, BP, Statoil, ENI, BG Group and Total Christiana Figueres said civil society and governments needed clear signals that the industry was committed to a low carbon future.

“I would call on you to ensure that henceforth your government engagement is clearly focused on the outcome you have sought in your letter to me: an ambitious, long term policy framework on climate change that will guide us promptly and resolutely toward a low carbon economy,” she said.

Figueres was responding to an offer made on 1 June by the six European hydrocarbon giants to help plans for a UN climate deal, due to be finalised in Paris this December.

There the companies indicated their willingness for a “direct dialogue” with governments and the UN on the proposed Paris pact, and stressed the need for a global price on carbon.

Figueres added she wanted to see what the industry’s “vision” for a long term decarbonisation of the global economy at a planned meeting later this year.

As the G7 recently highlighted, net greenhouse gas emissions need to fall to zero before 2100 to hold warming to 2C, the international goal. That means virtually eliminating fossil fuel use.

“I would encourage you to plan for these long term scenarios by setting out how you will transition your companies to meet the challenges of the 21st Century,” she said.

“I have no doubt that the oil and gas sector has an important and urgent role to play through an orderly transition to low carbon forms of energy.”

The intervention from the European oil giants was described as a major shift in tactics by observers of the sector, used to their hostility to the UN process.

In a concession to shareholder activists, this year BP and Shell both agreed to evaluate the threat climate change could pose to their business models.

Figueres used a carbon markets meeting in Barcelona in May to say now was the time to “stop demonising” companies that could help slash emissions.

But as the Guardian revealed in May, BP and Shell have long lobbied the UK government to allow them to expand oil and gas extraction projects around the world.

In the US oil major Exxon-Mobil, which along with Chevron did not sign the letter to the UN, has been linked to groups that attempted to destroy the Kyoto Protocol, the world’s only legally binding climate treaty.

According to the Open Secrets website, Shell, BP, Statoil and BG spent $3,720,000 in the US on lobbying this year alone.

And despite calling for a global carbon pricing system, leading fossil fuel companies do not appear to be changing their investment strategies. Scientists estimate a third of oil and half proven gas reserves must stay in the ground to stay within the 2C limit.

BP’s 2015 Energy Outlook predicts global energy demand will rise 37% in the next two decades, with fossil fuels supplying 80% of the mix in 2035.

Coal use will rise 22% that period, it says, in contrast to the International Energy Agency which says the world’s most polluting fossil fuel needs to fall 29% to avoid dangerous warming.