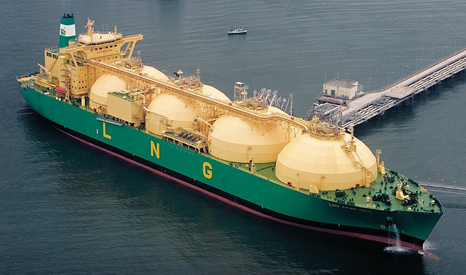 Liquified Natural Gas (LNG) is being sold as a greener substitute for coal (Pic: Shell/Flickr)

Coal chief executives were thin on the ground in New York last week, perhaps fearing an onslaught from green groups at the UN’s one-day climate summit.

Tactically, it was a good way to avoid negative headlines. Strategically, it may prove to be a disaster.

In a meeting called ‘Industry Action Areas’  the world’s leading oil and gas companies queued up to voice their concerns about climate change, and argue they offer a future coal cannot.

“One of our most important contributions is producing natural gas and replacing coal in electricity production,” said Helge Lund, Statoil’s chief executive.

Gas, he said, was a simple way of halving global emissions, a statement that was met with nodding from BG, South Western Energy and Pemex officials sharing the same podium.

Coal burning emits around twice as much CO2 per unit of energy as natural gas, according to the US Energy Information Administration.

Next up was Khalid Al-Falih, chief executive of the world’s largest oil producer, Saudi Aramco. 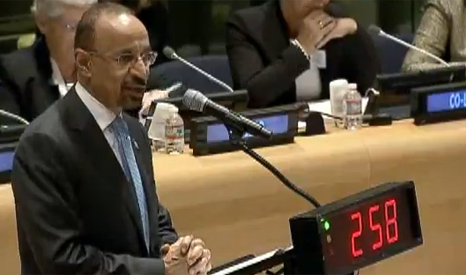 It owns reserves of 260 billion barrels of oil and is also the fourth largest gas producer, holding 263 trillion cubic feet of natural gas.

Al-Falih said climate change was an “era defining objective” and spoke of his vision for a “low carbon future”.

He asked if his company could join a new methane commission run by the Climate and Clean Air Coalition, a body administered by the UN Environmental Programme, which was met by applause from attending delegates.

The speeches built on what the UN billed as an Oil & Gas Climate Initiative Announcement, a one-page document outlining industry moves to cut gas flaring and methane emissions, and invest in carbon capture and storage (CCS).

It also mentioned an “expanded role of natural gas”, a clear sign of the narrative the world’s leading hydrocarbon producers can be expected to take ahead of moves to secure a global climate deal.

UK prime minister David Cameron drove home a similar point in his speech, labelling shale gas “lower carbon energy” and saying any new coal plants would have to be fitted with CCS.

Whether gas will lower emissions is a contested topic. In one of many papers published on this issue,  Cornell University scientist Robert Howarth said those claims were dubious at best.

“At best, using natural gas rather than coal to generate electricity might result in a very modest reduction in total greenhouse gas emissions,” he wrote.

“Our coal-to-gas scenario shows that gas would be unable, long term, to provide the reductions in the electricity sector required to stay below 2C,” said Dr Niklas Höhne of climate analysts Ecofys.

“Instead, development of long-lived infrastructure may actually become a major obstacle for the full decarbonisation of the electricity sector that we need.”

In the short term, coal’s absence from New York may matter little.

The International Energy Agency says coal demand will grow 2.3% a year to 2018, although it predicts coal-to-gas switching in China by the end of the decade.

But World Coal’s weekly “there are currently no alternatives” tweet notwithstanding, there is little evidence of a long term vision for coal. That could cost the industry dearly.

There are currently no alternatives to #coal in the industrial #steel making process.

Last week, analysts at the Carbon Tracker Initiative (CTI) released a new report warning that investments of US$112 billion into planned coal projects could be dead money if coal demand falls.

The industry is banking on Chinese and Indian demand to rise in the coming decade, but Beijing has already indicated its coal use could peak in 2016.

China’s next five-year plan, due out early in 2015, could change the picture permanently, with thermal coal demand rapidly leveling out, say some analysts.

So for the sake of missing an egging, or the UN’s equivalent of a bloody nose, coal executives denied themselves the chance to set out their vision for a world below 2C.

It may be too late. Speaking at the launch of the report, CTI chief executive Anthony Hobley said his group’s work demonstrates that despite its huge share of the world’s electricity production, coal is on its way out.

“King Coal is becoming King Canute, as the industry struggles to turn back the tide of reducing demand, falling prices and lower earnings,” he said.