INTERVIEW: Hakima El Haite tells RTCC she hopes Rabat summit will offer clarity on what is on table for a UN deal 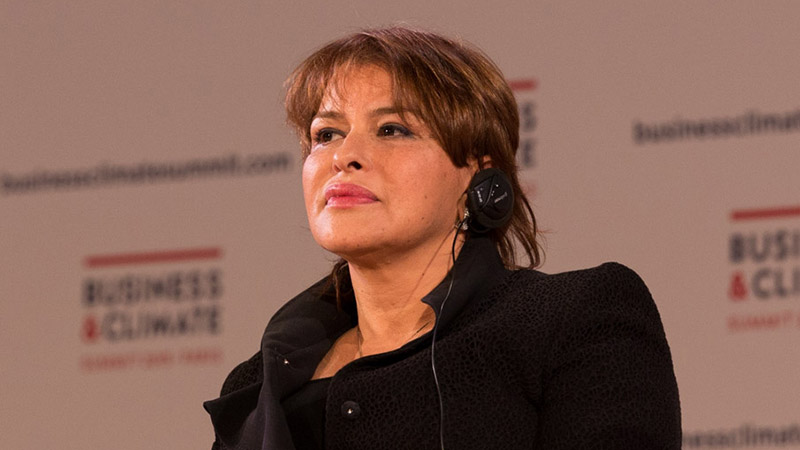 It will be hard to tot up the carbon cuts in national contributions to a proposed global climate deal, says Morocco’s environment minister.

Countries vary widely in the baselines for their targets and which greenhouse gases and sectors of the economy they cover.

Hakima El Haite hopes a newly announced Rabat summit this October, backed by the EU and Morocco, will shed light on global ambitions ahead of the Paris climate summit this December.

She wants invited governments to explain how and why they decided on their goals, El Haite told RTCC. But forcing countries to boost their proposals is “not the aim” of the meeting,

“The aim is to bring everyone around the table and to listen to their experience developing their INDCs [contributions],” she said.

The meeting is set to run parallel to a UN assessment process between October and November. The UN will calculate whether dangerous warming will be averted based on what’s offered, but is unlikely to judge individual contributions on their adequacy.

So far, 44 countries have revealed the level of carbon reductions they will target, but with no strict guidelines on how they should be presented they lack clarity or comparability.

To further complicate matters most developing countries are not aiming for absolute emission cuts, but using business as usual (BAU) as a baseline.

China aims to cut its emissions per unit of GDP 60-65% by 2030, while India’s government is mulling a separate energy intensity goal.

Morocco was the second African country after Gabon to submit its INDC, targeting a 32% drop in greenhouse gas emissions by 2030 on a BAU trajectory. El Haite said this was a sign it was “moving not waiting”.

Rabat’s ambition is one of the few to be rated as “sufficient” by the team at Climate Action Tracker, a coalition of analysts assessing all national announcements ahead of Paris.

China, the US and EU scraped “medium” ratings, while indications from Russia, South Korea, Canada and Australia on their goals get a red card.

Morocco hosts the 2016 UN climate summit, so has an active interest in ensuring the Paris meeting this December doesn’t collapse.

The government estimates the cost of its plans to generate 50% of energy from clean sources by 2025 and prepare for future climate impacts will cost upwards of $45 billion.

Some of that could come from the UN-backed Green Climate Fund, but El Haite predicts the bulk will come from the private sector, especially from investors in the EU.

“We are close to the EU and have a strong partnership,” she said.

Heavy levels of migration from Africa to the EU offer another reason for the two continents to work together, suggested El Haite.

Thousands of migrants from war torn parts of the Middle East and impoverished Sub Saharan countries are risking their lives crossing the Mediterranean for the chance of a better and safer life.

“We have still 300 million people in Africa and 750 million with no access to drinking water around the world,” she said.

“Maybe there are 1.2 billion who have no electricity, and 50% are in Africa. We have 500 billion hectares of soil that is degraded.”

And failure to seal a deal in Paris and sign off on a new set of development goals in New York this September could leave developing countries facing a combination of growth-stunting threats.

“Can you imagine if you have no food or access to water on your territory?” she said.

“The answer is clear. You are pushing people to move so we have no stability, no access to education, no healthcare, homeless. We can imagine there will be a conflict based on food security.

“We can imagine that climate change is one of the factors which could include the phenomenon of local instability.

“I imagine if there’s conflict on food security it would create other phenomena… like terrorism – I can imagine it could be true.”