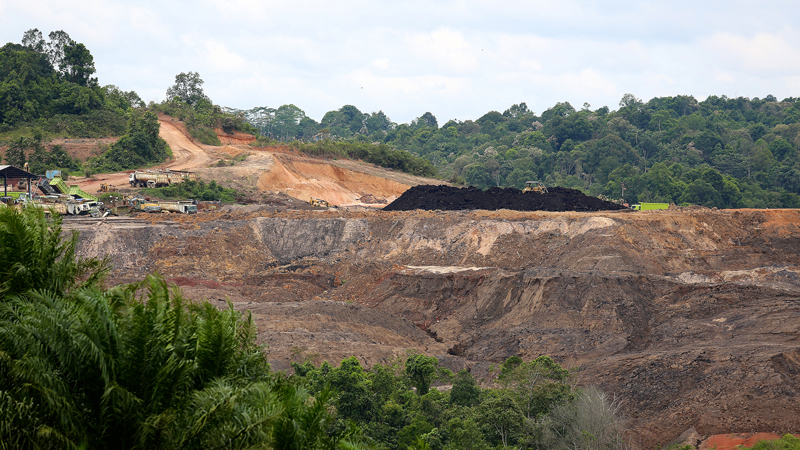 A coal mine in East Kalimantan, Indonesia (Pic: Flickr/CIFOR/Mokhamad Edliadi)

For many, coal is in its death throes.

Miners and utilities have shed billions in value. Investors are ditching holdings. And a mooted carbon price could see the dirtiest energy source banished first, as energy giants herd toward natural gas.

Coal will continue to play a big role in future energy generation, chief executive Bob Dudley said at the presentation on Wednesday of its annual statistic review, an energy industry bible.

Global production may have fallen 0.7% and consumption stalled in 2014 as the pace of China’s coal-led industrialisation slowed.

Though Dudley saw it simply going from the “fastest growing fossil fuel” last decade to its slowest – usage will expand 0.8% a year to 2035 – as America’s shale gas revolution leapfrogs it and China’s economy becomes more energy efficient.

Dudley and Spencer Dale, BP’s chief economist made no direct reference to the impact of a planned UN climate deal, due to be signed off in Paris in December, could have on the global energy mix.

Nearly 200 governments are set to back the pact, which could set a timeline for the phasing out of all fossil fuels.

Still, Dale suggested that “policy initiatives” and what he termed “societal preferences” could impact the future fuel mix and, he added, the role of non-fossil fuels.

Presenting the report, Dudley rejected claims oil and gas majors were ganging up on coal companies in a bid to present themselves as a green alternative.

Six European energy giants including BP backed putting a price on carbon last week, as they expressed their willingness to work with the UN to secure a global warming agreement this December in Paris.

And Shell’s CFO recently said if no more coal was burned, climate change would be solved.

But American producers haven’t been as vocal; Chevron’s chief lashed out saying a carbon price wasn’t the answer.

“I wouldn’t overemphasise a split between companies, which has been perceived as an attack on coal,” Dudley said. “It’s not what we mean. Coal is going to play a big role in world energy for a long time to come.”

Meanwhile, Dudley cited the powerful coal lobby in the US, the world’s top producer, as a reason for American firms to “keep a lower profile” on advocating a carbon price.

Flatlining coal consumption last year, at 0.1% growth, was the most “striking number” of the review, widely cited for its breadth of projections, said Dale. 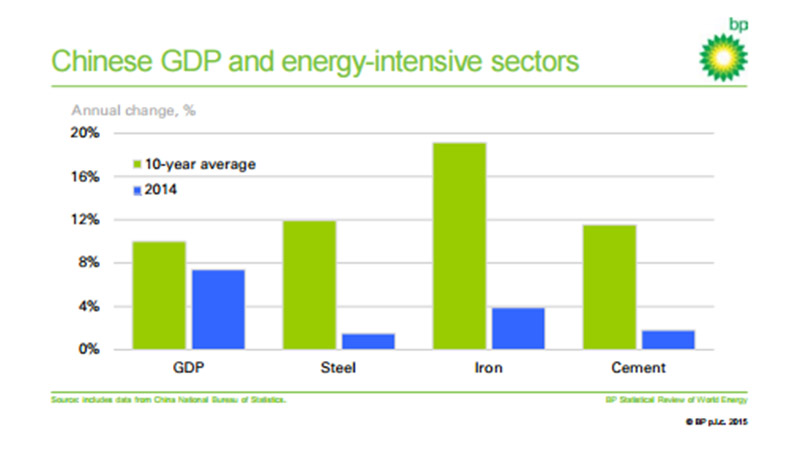 While production fell 2.7% in China as it economy underperformed and it boosted energy efficiency – emitting less to produce a unit of energy.

“To a large extent, China is coal,” said Dale. The world’s most polluting form of energy makes up 30% of power generated by fossil fuels, moreover.

But focusing just on the future energy mix was a “red herring”, as energy efficiency technology and initiatives to store carbon underground were key to curbing global warming.

While renewables are soaring at 6.8% growth a year, Dudley reminded they make up just 3% of overall energy reserves and alone couldn’t meet growing energy demand.

Fossil fuels would still make up two-thirds of energy generation by 2050, as part of the International Energy Agency’s scenario to keep energy growth consistent with a 2C temperature rise by 2100, he said.

Natural gas, in turn, was projected to rise 1.9% a year to 2035, as the US overtook Saudi Arabia to be the top oil producer.

BP had to “tackle the twin challenges of using energy efficiently and sustainably, while ensuring it is available and affordable for those who need it most,” Dale added.