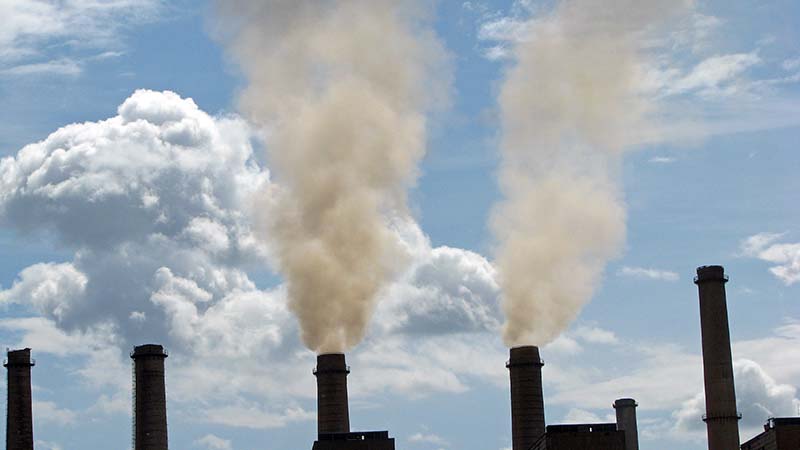 The old coal-fired Kosovo-A power plant has been dumping vast quantities of ash out in the open for forty years (Photo: Lundrim Aliu / World Bank)

Coal, the muscle that for two centuries powered Europe’s economic dominance of the world, is steadily losing its grip as cleaner fuels take its place and energy efficiency cuts electricity consumption, according to new analysis.

The European Union’s electricity demand fell by 3.3% from 2008 to 2013 − even though GDP grew by 4.1% − and the analysts say changing market conditions for utilities leaves new coal plants failing to generate positive cash-flows even in the most optimistic scenario.

Not only that, but the proportion of electricity being generated in the EU from coal and other fossil fuels is also falling, says the study, “Coal: Caught in the EU Utility Death Spiral”, by the London-based Carbon Tracker Initiative.

“In many respects, the EU’s electricity sector has been the ‘canary in the coal mine’ with regard to understanding how the low-carbon transition will create winners and losers,” says Matthew Gray, adviser to Carbon Tracker and lead author of the report. “What has happened in Europe over the last five years should send a stark warning to investors.”

The authors analysed the Vattenfall energy company’s new Moorburg hard coal plant in Hamburg, Germany, and say that “stranding” is almost inevitable − a stranded asset being one that for some unexpected reason has been written down.

Modelling of the plant’s cash flows found that even if coal prices and carbon prices were low and the load factor high, it struggled to make a profit, making it near-impossible to recover its €3 billion ($3.35bn) cost.

James Leaton, Carbon Tracker’s head of research, says: “New German coal plants are struggling to break even in an optimistic scenario – there is only downside risk for operators. Utilities need to change their business models and move away from coal to avoid being left with stranded assets that don’t provide a return for shareholders.”

The report is published while UN climate talks in Bonn continue, and just after the G7 summit in Bavaria − two critical meetings that will help to shape the text of the UN climate change negotiations in Paris later this year.

It also appears as Norway’s $900 billion sovereign wealth fund, the world’s biggest, is set to withdraw billions of dollars from coal investments after a unanimous parliamentary committee recommendation. The committee called for the fund to divest its holdings in companies that generate more than 30% of their output or revenues from coal-related activities.

The analysis found evidence that heavily coal-reliant utilities fared worse. Enel, performing best of the five, generated the most renewable energy as a percentage of total generation, while RWE, which performed worst, was more focused on coal generation.

All five, which provide nearly 60% of Europe’s electricity and have been subject to downgrades by Moody’s credit ratings agency, significantly under-performed Germany’s stock market, which grew by 18% in the same period.

Despite claims of a coal renaissance in Europe, use of the fuel in the EU as a whole fell by 4.7% in total and 4.2% in electricity generation from 2008 to 2013. By contrast, the five utilities covered in the study together increased their reliance on coal generation by 9% in the period.