Is natural gas really a bridge to a greener future?

Gas firms say they’re cleaner than coal and offer a low carbon source of energy, but that’s just part of the story 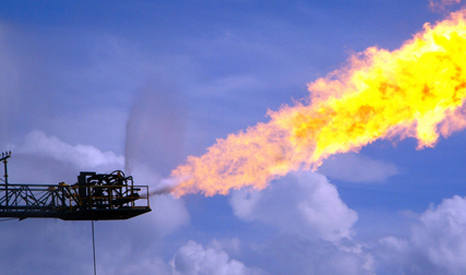 By Michael Lazarus and Kevin Tempest

The shale gas boom has transformed the U.S. power sector, providing an abundance of low-cost natural gas that has enabled many electric utilities to switch from coal to gas.

It has upended US coal markets, and reduced air pollution and carbon dioxide emissions.

US experience has heightened interest in using natural gas as a “bridge” to a low-carbon energy future. Many argue that renewable energy and other non-carbon energy sources simply cannot ramp up fast enough to stem the continuing rise in global coal use, particularly for power generation.

Absent new policies and actions, the International Energy Agency expects more than 1,000 GW of new coal power capacity in the next two decades.

Once built, these plants could “lock-in” hundreds of billions of tonnes of CO2 emissions over their operating lifetimes, a significant fraction of the remaining global carbon budget for remaining within a 2°C warming path.

Cleaner and efficient natural gas plants can produce electricity with half the carbon and far less local pollution than coal. What then, if, globally, natural gas production and trade were scaled up? Would it put us on a path to a low-carbon future?

We considered these questions for the New Climate Economy project, an international initiative that identifies actions to strengthen economic performance while reducing climate risk. We examined the literature, consulted experts, and found the implications far from straightforward.

Expanding natural gas use can, indeed, help to avoid “locking-in” new coal power. But significant emission reductions are only possible if gas is predominantly used to displace coal in the power sector, and if the gas doesn’t leak excessively.

Methane, the primary constituent of natural gas, has 34 times the climate impact of CO2 over 100 years, and leaks during extraction, processing, transportation, storage and distribution could be significant enough in some cases to negate the overall emissions benefit from gas.

Low-cost technologies and management practices can minimize leaks, but they have yet to be fully adopted.

There is also no guarantee that any new gas supply would flow into the power sector.

Part of the appeal of natural gas is that it can be used across the economy: for building heat, in industry, and increasingly in transportation – mostly buses so far in the US, but also for cars in several countries (e.g. Peru and Argentina) with far more limited climate benefit.

There are also supply-side challenges, from lack of technical capacity, to financial risks, to local opposition.

As the US experience with hydraulic fracturing (“fracking”) has shown, responsible production requires expertise and capacity to drill and service thousands of wells, combined with strong legal and regulatory frameworks.

In most other countries, so far, attempts to expand shale and tight gas (which require fracking) have languished for lack of these factors, or faced outright bans.

All of this is very capital-intensive, often requiring long-term take-or-pay contracts that create significant lock-in risks. And to the extent that low natural gas prices encourage added energy consumption, emissions could rise.

There are ways to mitigate these risks. Policy-makers who want to use natural gas as a “bridge” can add “guardrails” to limit added demand, to manage and reduce methane leakage, to steer added gas supplies to where it directly displaces coal in the power sector, and to enhance rather than slow the growth of renewable energy.

A bridge to where?

Yet the bigger question is: Does it make sense to build this bridge at all? Natural gas may be a major improvement over coal, but it is still a fossil fuel.

If carbon capture and storage (CCS) can be scaled-up fast enough, we might be able to keep using natural gas for decades and still keep global warming below 2C.

Without large-scale implementation of CCS – which looks increasingly unlikely given its slow pace of progress – natural gas use must plateau and decrease within 20–30 years.

The evidence also suggests that the recent U.S. experience with natural gas may have been unique in terms of delivering significant benefits to both the climate and the economy. Even in the U.S., it is unclear that this “win-win” will endure, and elsewhere, it may be difficult to achieve in the first place.

Where policy-makers wish to pursue a natural gas bridge, they should be proactive in setting up the “guardrails” needed to ensure benefits to the economy, the climate, local communities and overall well-being.

If we’re going to build a bridge, let’s make sure it takes us to a destination we want to reach.

Michael Lazarus is a senior scientist and U.S. Center director at the Stockholm Environment Institute (SEI), and Kevin Tempest is a staff scientist at SEI. Both are based in Seattle. Their paper, Natural Gas: Guardrails for a Potential Climate Bridge, is available here.