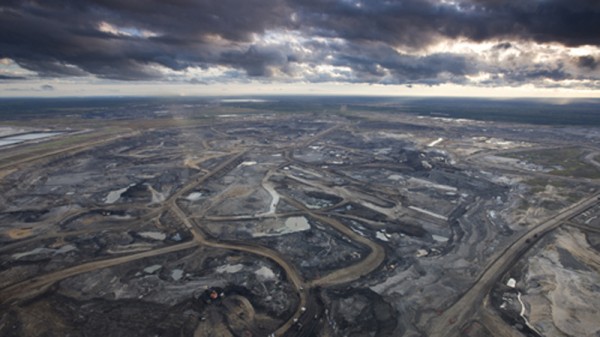 Oil cartel OPEC will not cut production even if prices drop to US$20 a barrel, Gulf ministers have insisted.

From a June peak of US$116 a barrel, oil prices have almost halved to their lowest levels in five years, on weak demand.

That unexpected drop has achieved what environmental protesters could not: prompted oil companies to cancel or delay risky tar sands and deepwater projects.

US shale developments could be next for the chop after Gulf states this week reiterated OPEC’s November decision to maintain output.

OPEC’s production has been steady for years at 30 million barrels a day, noted Saudi Arabia oil minister Ali Al-Naimi, while other countries ramped up.

In an interview with the Middle East Economic Survey, Al-Naimi explained: “In a situation such as this, it is difficult if not impossible for the kingdom or for OPEC to take any action that would result in reducing its share of the market and allow for an increase in the shares of others at a time when it is difficult to exert control over prices. This would result in the loss of both market share and price.”

Whether the price falls to US$60, $40 or $20 a barrel is “irrelevant”, said Al-Naimi, who also represents the Gulf state at UN climate talks.

He accused non-OPEC oil producers, of which the biggest are US and Russia, of “irresponsible” supply growth and urged them to halt investment.

Goldman Sachs estimates almost US$1 trillion of new oil and gas fields, not including US shale, need a price of US$70 to turn a profit.

The investment bank did not comment on the implications of climate change for these projects, but its conclusions reinforced analysis by the Carbon Tracker Initiative.

Its analysts calculated projects with a breakeven price of US$95 a barrel or more would become unprofitable.

Canada’s tar sands fall into the high risk category. If expansion plans are cancelled, it could weaken the case for the embattled Keystone XL pipeline, conceived to carry oil from Canada to the US.

Republicans are expected to try to push through the pipeline, which was narrowly rejected by the Senate last month, when they take control of Congress in January.

But president Barack Obama has the option to veto its construction. His lukewarm remarks at a press conference last week will give heart to opponents, who argue it would drive up emissions.

“It’s very good for Canadian oil companies and it’s good for the Canadian oil industry, but it’s not going to be a huge benefit to US consumers,” Obama said of the project.

A separate analysis by ClearView Energy Partners cuts the production forecast for four US shale oil sites by 40%. Last week’s decision by New York state to ban fracking for shale gas and oil in the region, over health concerns, only heaped political risk on economic pain for the sector.

The Gulf producers’ stance also hurt fellow OPEC members such as Venezuela, Iran and Nigeria, which depend on prices of more than US$100 to balance their budgets.

Saudi Arabia, which produces nearly a third of OPEC’s total, plans to draw on financial reserves to maintain its spending on development and social welfare.

Al-Naimi said he was “optimistic” the low price was a “temporary and fleeting phenomenon” and demand would recover.

Others argued the low price offers a chance to wean economies off fossil fuel for good.

Analysts at Bloomberg New Energy Finance said it could boost economic growth in oil importing regions including China and Europe, increasing the scope to invest in clean energy.

Maria van der Hoeven, chief of the International Energy Agency, is urging policymakers to seize the “golden opportunity” to put a price on carbon.