Except in Saudi Arabia, the recent slump in oil prices will have little impact on renewable deployment, says Bloomberg 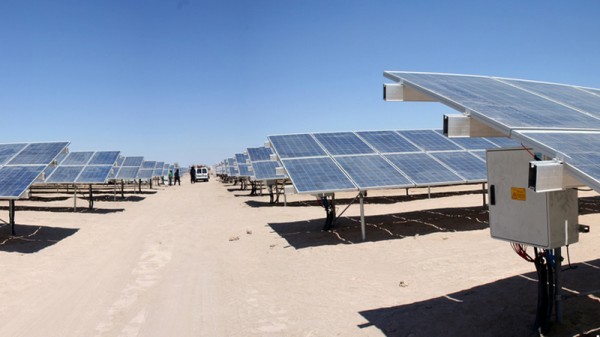 Saudi Arabia’s plans to build 41GW of solar power by 2032 could be hit by the slumping oil price.

Other oil-producing nations that burn oil for power, plus developing countries that use diesel generators, will have less incentive to switch to cleaner sources.

But on the whole, the drop from around US$115 to US$60 a barrel in six months will have a minimal impact on renewable energy, according to Bloomberg New Energy Finance.

On the contrary, chairman Michael Liebrich argued a shift to clean energy was hitting oil demand, driving the price down.

“The orthodox view of unlimited oil demand growth simply does not hold in a world of super-efficient engines, electric vehicles, desperate air pollution problems, and action on climate,” he said.

If low oil prices persist, Bloomberg analysts found, the main impact will be in transport. Producers of electric vehicles and biofuels will find it harder to challenge petrol and diesel engines.

At US$100 a barrel, analysts forecast electric car and vans will reach 9% of market share by 2020, from less than 1% today. At US$60, electric engines are expected to spread less fast, reaching only 6%.

In power generation, on the other hand, clean sources are usually not in direct competition with oil.

Initially driven by targets and subsidies, wind and solar technologies have got cheaper and are increasingly cost-competitive with coal and gas-fired generation.

“Cheaper crude should be a pick-me-up for consumer confidence and economic growth in oil-importing regions such as Europe, India, Japan and China,” said McCrone.

“This could, in turn, push up power demand, reduce political angst about energy bills, and increase the scope for further investment in clean energy.”